The Devil's Disciple is a 1959 Anglo-American historical war comedy on based theatrical play of George Bernard Shaw directed by Guy Hamilton (who replaced Alexander Mackendrick). The story set during the War of Independence. Starring Burt Lancaster, Kirk Douglas and Laurence Olivier.

The following weapons were used in the film Devil's Disciple, The:

Several characters in the movie use the flintlock pistols. 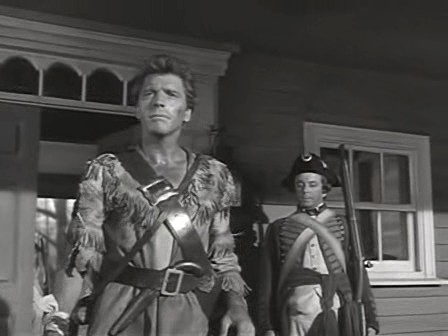 Rev. Anthony Anderson (Burt Lancaster) has a pistol on his belt, in background is the British sergeant (George Rose) with a musket on his shoulder. 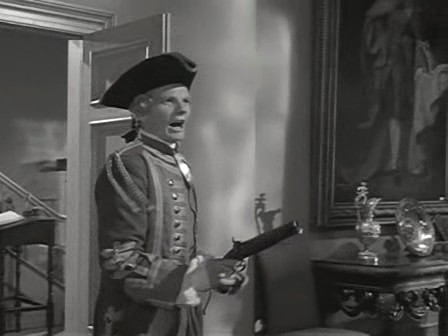 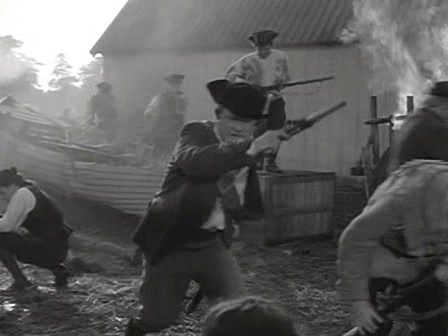 The rebels attacked with rifles and pistols in the hands at the British garrison.

The British and the Prussian soldiers are armed with Brown Bess Flintlock Muskets. 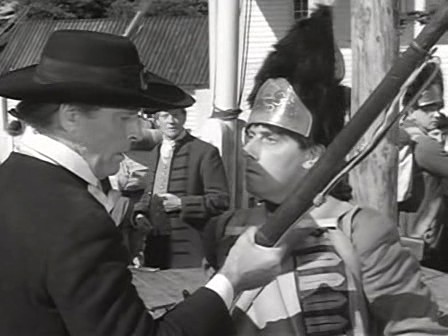 Rev. Anthony Anderson (Burt Lancaster) disarmed a British soldier, when snatched him weapon from his hand. 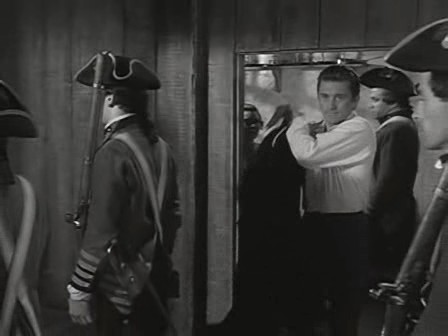 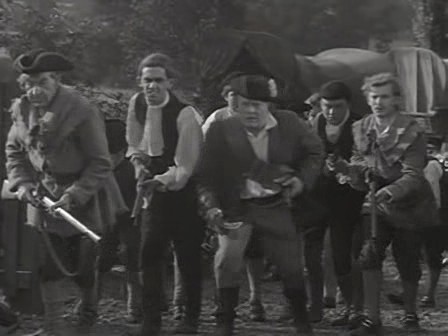 The rebels attacked with rifles (man left) and pistols in the hands at the British garrison.

The British against the rebels deploys their artillery. 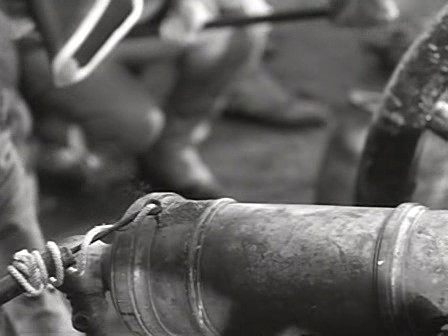 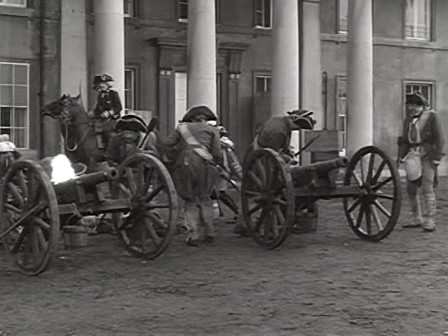