Death Ship is a 1980 British/Canadian horror movie about a group of passengers who survive the sinking of a cruise liner only to wind up aboard a haunted, derelict vessel.

The following weapons were used in the film Death Ship:

Captain Ashland (George Kennedy) is seen with what appears to be a Brazilian M1935 short rifle at the film climax. 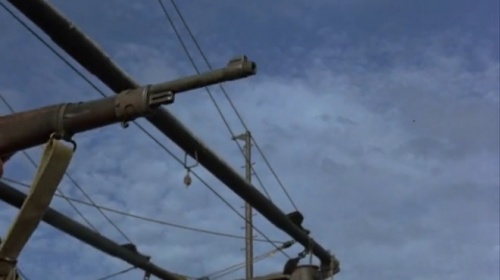 Close view of the muzzle with parade hook. 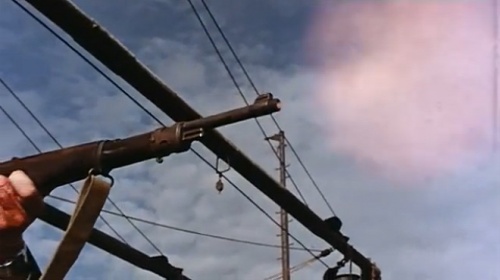 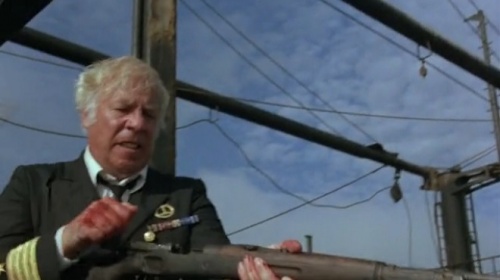 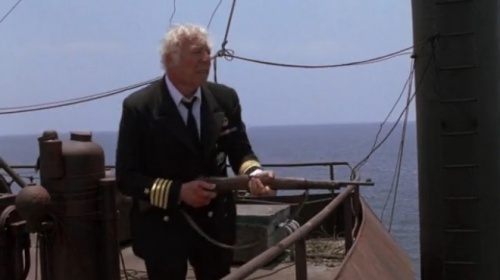 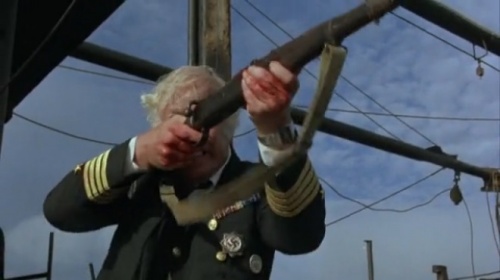 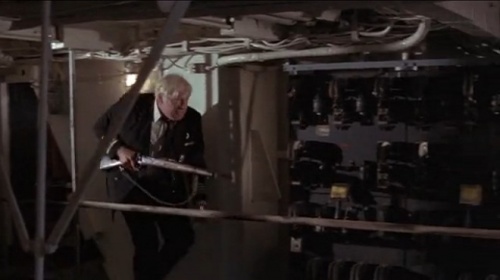 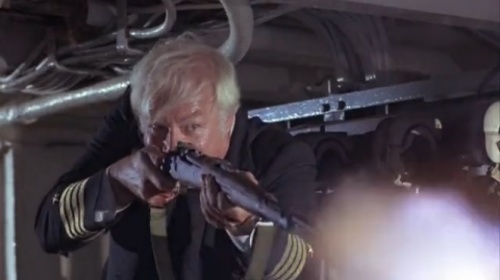