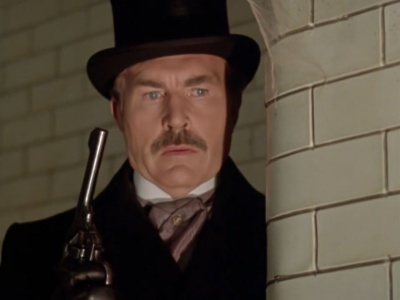 David Burke (born May 25, 1934) is a British actor, best known for the role of Dr. Watson in the first of four Granada Television produced TV series (1984-1985), which starred Jeremy Brett in the title role.