The ComDads (original title Les compères) is a 1983 French comedy directed by Francis Veber and starring Pierre Richard and Gérard Depardieu. A teenage boy, Tristan Martin, runs away from his family. Seeing as his father Paul (Michel Aumont) isn't putting enough effort in finding him, his mother Christine (Anne Duperey) convinces two old flames of hers, a masculine journalist Jean Lucas (Depardieu) and a depressed teacher François Pignon (Richard), that each is the father of her son and asks to find the boy. While searching, both men meet up and have to team, not knowing who is the real father. This film is second in a series of Veber's movies with comedy duo Richard-Depardieu, started by La chèvre (1981) and followed by Les Fugitifs (1986).

The movie was remade in 1997 as Fathers' Day (1997), directed by Ivan Reitman and starring Robin Williams and Billy Crystal.

The following weapons were used in the film The ComDads (Les compères):

Ralph (Jean-Jacques Scheffer) and Milan (Philippe Khorsand), two criminals hunting for Lucas, carry Smith & Wesson style revolvers with 3" barrels. They resemble Model 10 but have different barrels and front sights. During the encounter on the road Lucas (Gérard Depardieu) uses one of these revolvers. Inspector Verdier (Jacques Frantz) carries a holstered revolver that seems to be the same gun. 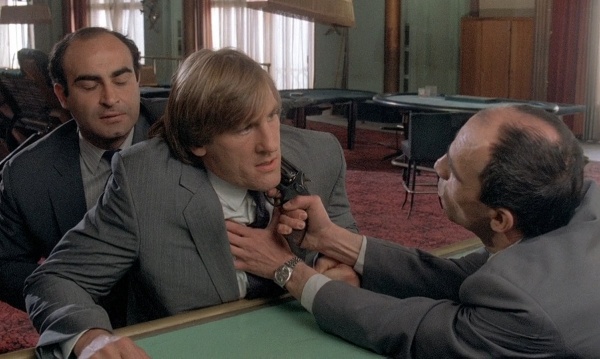 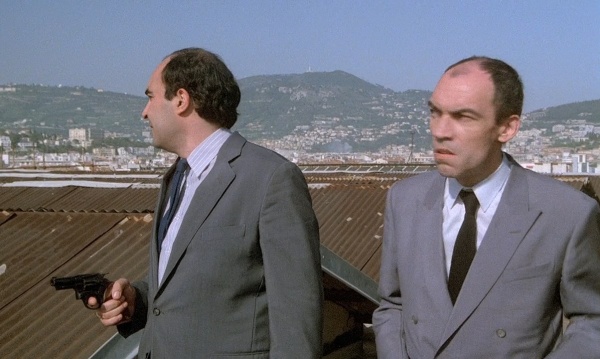 Milan (at the left) holds the revolver. Note the small front sight that looks different from the one on Model 10 revolver. 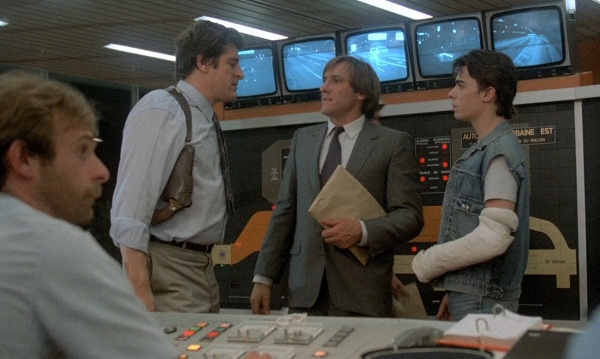 Inspector Verdier's revolver in holster. The grip is the same as on Milan's revolver. 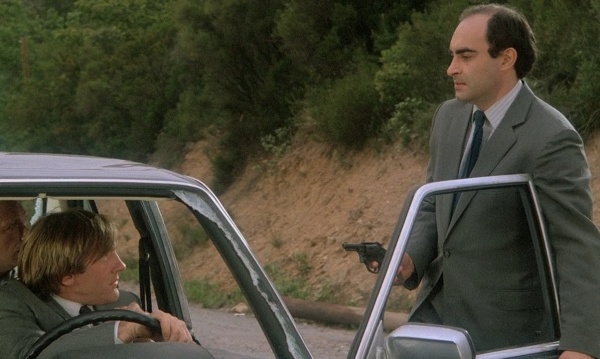 Milan aims his revolver at Lucas. 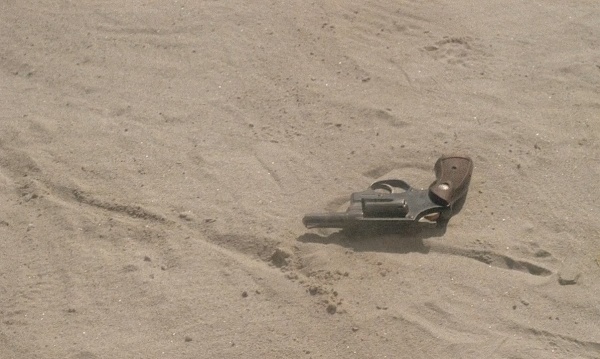 The revolver on the ground. It has different grip than previosly seen Milan's gun. 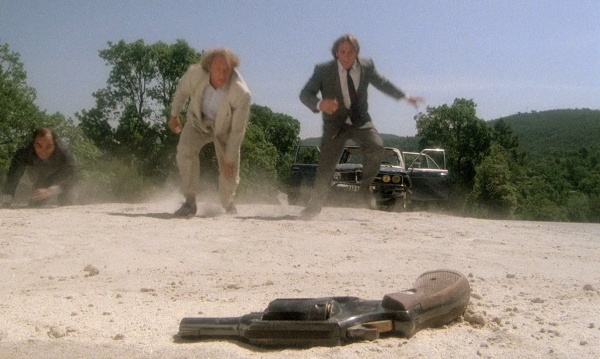 A closer view of the revolver. The top of the frame is more angular that S&W Model 10. 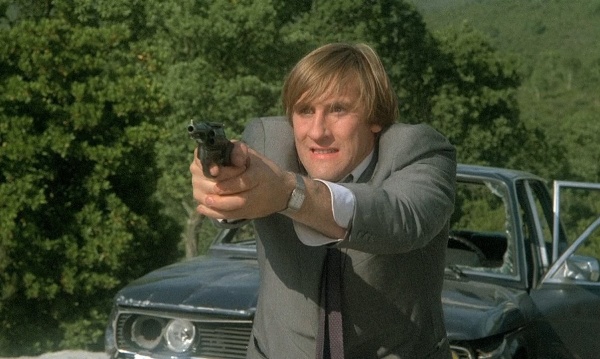 During the encounter on the road Ralph's (Jean-Jacques Scheffer) revolver switches to the Smith & Wesson Model 36. 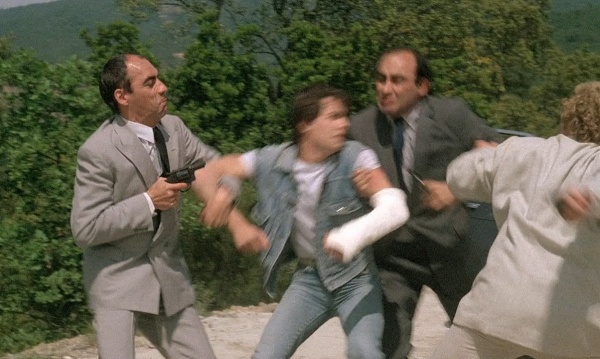 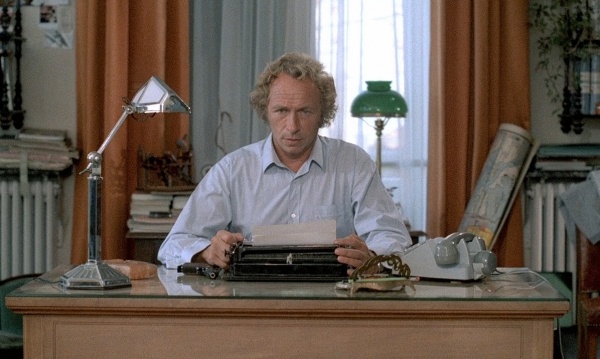 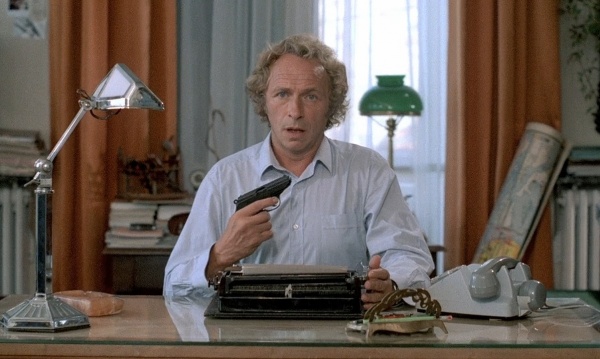 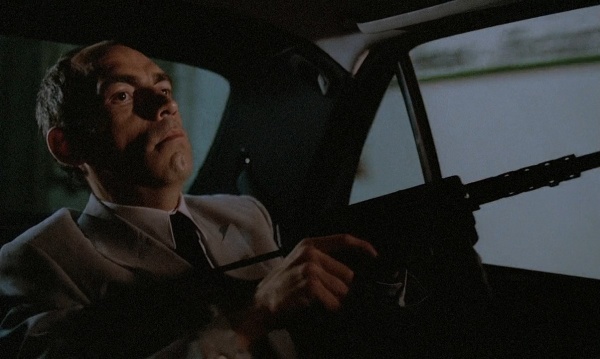 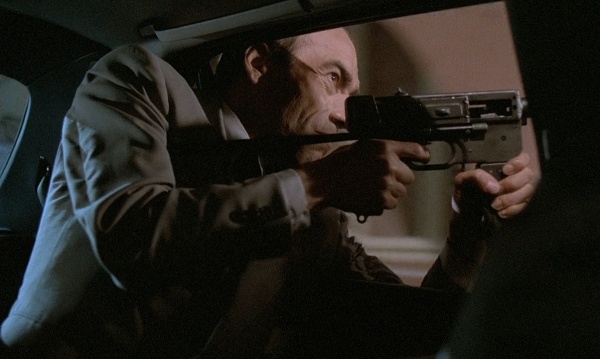 He fires from the car.
Retrieved from "https://www.imfdb.org/index.php?title=ComDads_(Les_compères),_The&oldid=1522580"
Categories: