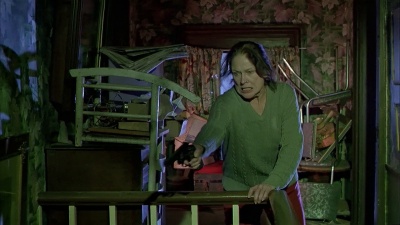 Colleen Dewhurst (1924-1991) was an American actress who had roles in such films as The Dead Zone (1983) and McQ. She was known for her extensive theater work as well as for her roles on television, including her role as Avery Brown, the mother of the title character on the series Murphy Brown. She was married and divorced from actor George C. Scott twice during her lifetime. They had two sons, Alexander Scott and actor Campbell Scott.