The Coast Guard is a 2002 South Korean film directed by Ki-duk Kim, starring Dong-gun Jang, about a platoon of South Korean marines on sentry duty near the North Korean border and its effects on them.

The following weapons were used in the film The Coast Guard: 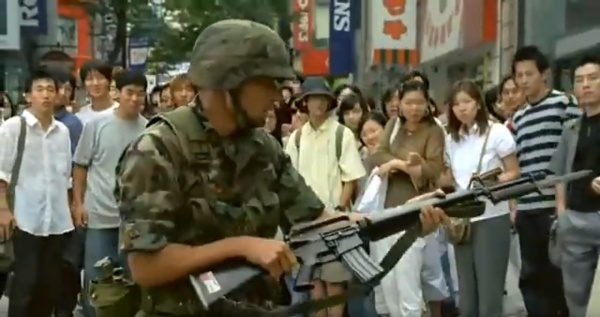 Private Kang (Jang Dong-gun) showing off his M16A1 to a crowd of civilian onlookers.

One of the South Korean marines (Choe Min) early in the film is equipped with an M60 machine gun fitted with a underbarrel bipod. 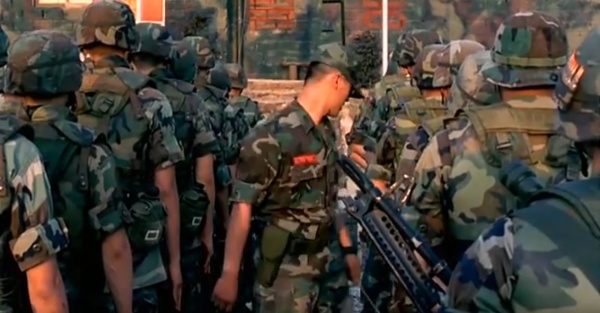 A South Korean marine (Choe Min) stands in formation with an M60 machine gun as their CO gives them a pre-mission briefing. 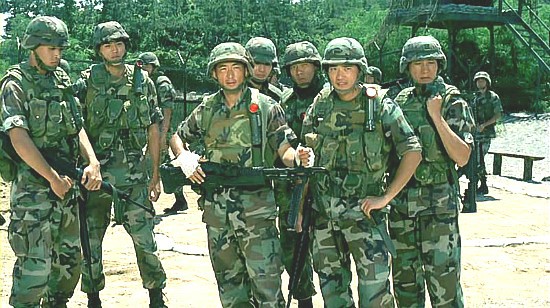 A clearer view of the M60 from a promotional still. The marines in the film are dressed more like US soldiers than South Korean marines, wearing M81 BDUs, PASGT vests/helmets, RBA vests, etc., which are not typically worn by South Korean troops. Reportedly the ROKMC disapproved the of the film's portrayal of them and thus the marines in the film are wearing US-spec gear and uniforms instead of authentic ROKMC ones.
Retrieved from "https://www.imfdb.org/index.php?title=Coast_Guard,_The&oldid=1510642"
Categories: