The Challenge (La sfida) is a 1958 Italian-Spanish B&W crime drama directed by Francesco Rosi. A young, aspiring Neapolitan criminal Vito Polara (José Suárez) tries to carve out his own piece of the pie on vegetable market, controlled by local Camorra. Vito manages to make a deal with Camorra boss but then his impudence and naivety leads him to bitter end.

The following weapons were used in the film The Challenge (La sfida):

When Vito Polara (José Suárez) comes to local Camorra boss Salvatore Ajello (Pasquale Cennamo), the latter, being insulted by Vito, draws a pistol that appears to be a Bernardelli 7.65 model. Salvatore's brother Ferdinando (José Jaspe) prevents the shot, striking the pistol from Salvatore's hand, and then Vito picks up the pistol. 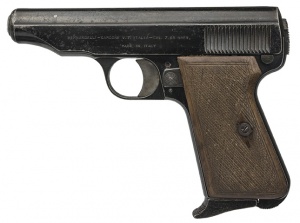 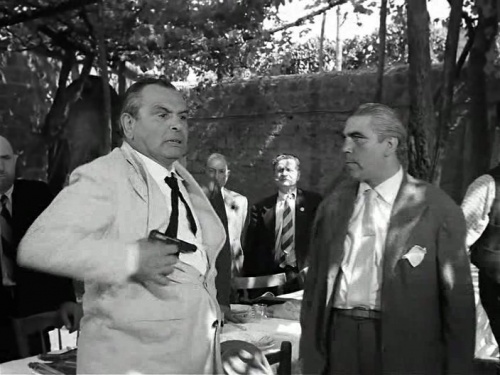 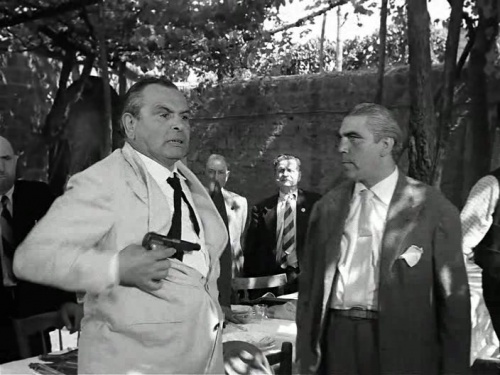 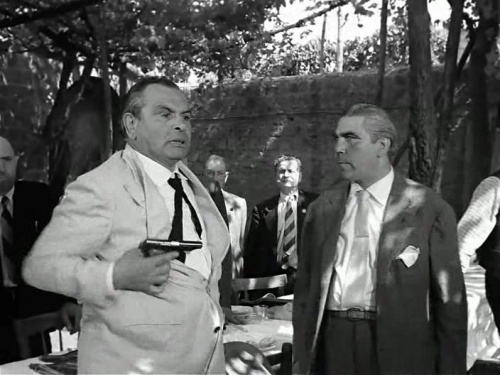 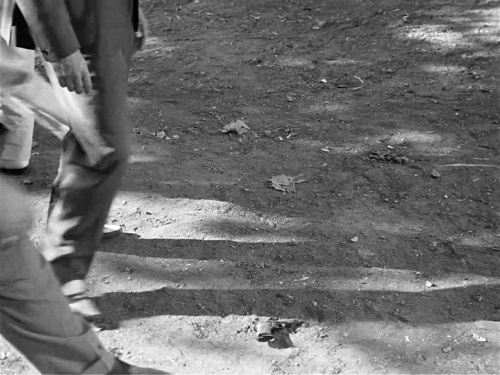 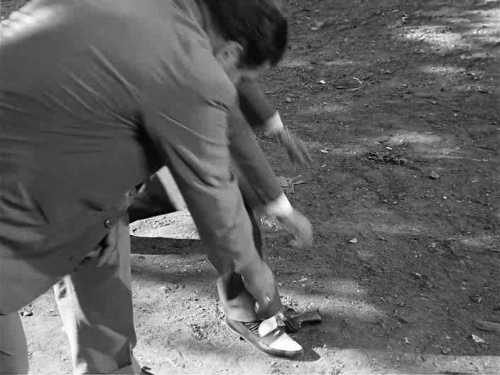 Vito Polara picks up the pistol.

In the final scene a revolver is partially seen in hand of Salvatore Ajello (Pasquale Cennamo). 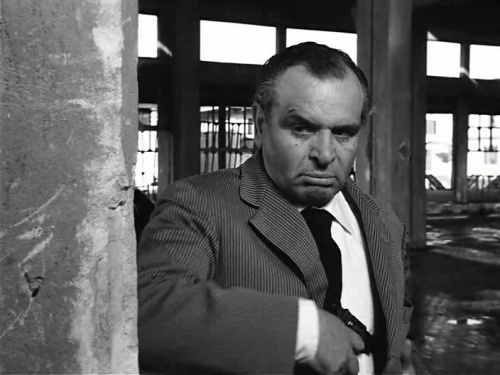 During the confrontation on the farm one of Ajello's henchmen holds a Double Barreled Shotgun. 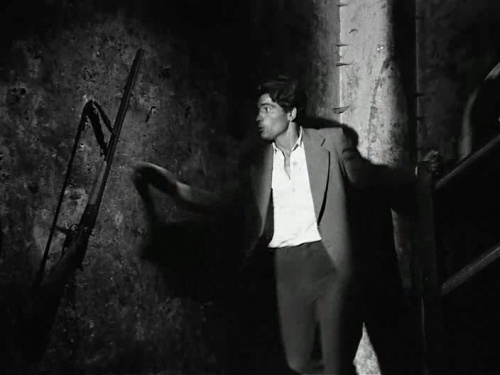 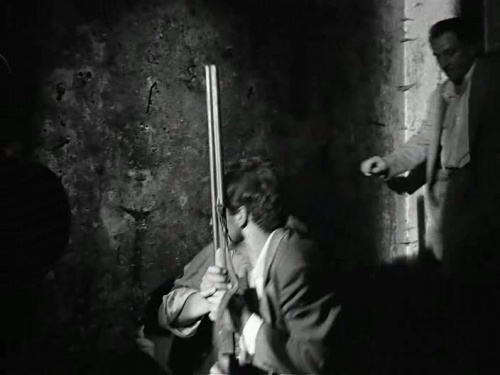 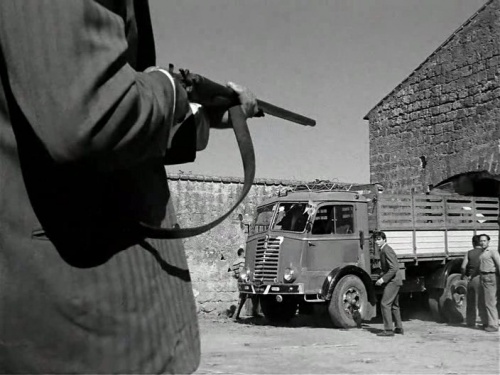 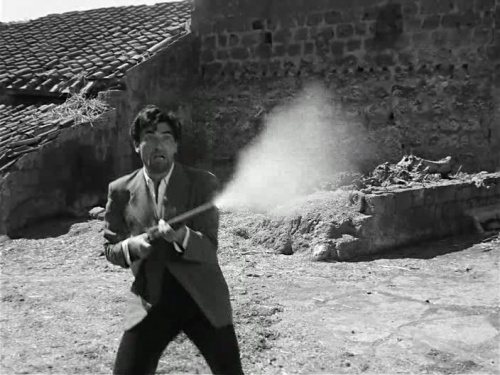 He fires, trying to stop the lorry.
Retrieved from "https://www.imfdb.org/index.php?title=Challenge_(La_sfida),_The&oldid=1351885"
Categories: