The Cellar is a 1989 supernatural horror film directed by Kevin Tenney and centers around a young boy who discovers a demonic monster in his basement and tries to beat it.

The following weapons were used in the film The Cellar:

In the bar scene Chilo (Danny Mora) takes out his Winchester Model 1894 Saddle Ring Carbine rifle to drive away the men who was showering whisky in T.C.'s face. 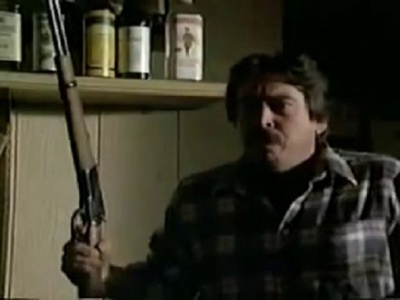 Mance (Patrick Kilpatrick) finds a Single Action Army 5 1/2" Artillery revolver in the cabinet that was covering the Cellar door. He is later seen using the revolver multiple times throughout the film. It's last seen when a raven appears in his window and he shoots it. 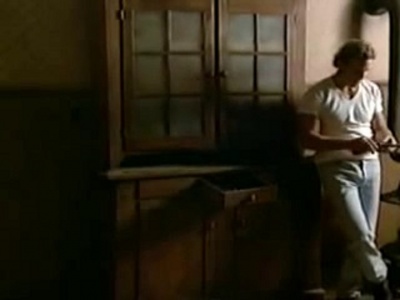 Mance finds the Single Action Army in the Cabinet. 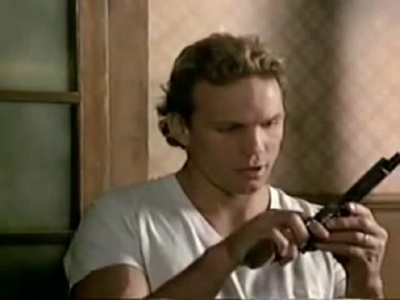 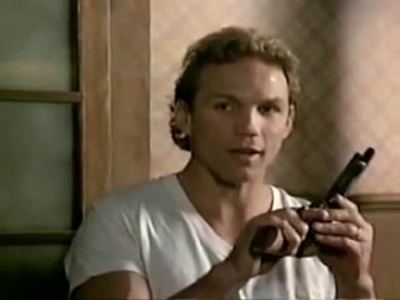 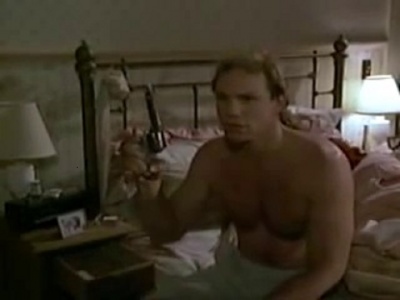 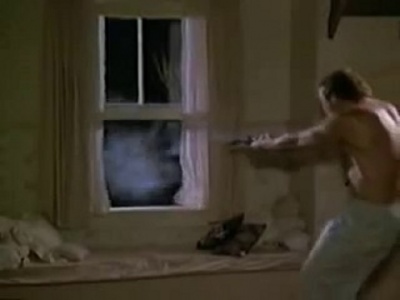 Mance shoots the Raven in the window

Near the end of the film in the wooden gun hanger along with a Mossberg 500A Field Gun there is a double barreled O/U shotgun that is supposed to be a Stevens 512 12 gauge shotgun but it's later replaced by a side by side Shotgun. This gun was never seen firing throughout the film. 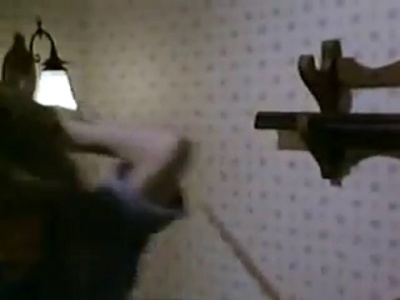 Note the O/U barrels of the shotgun.

In the end of the film Emily (Suzanne Savoy) uses the Mossberg 500A Field Gun to hit raging Mance (Patrick Kilpatrick) in the head with the stock to knock him out to open the door and save Willy (Chris Miller) only to realize that the Quagwai is real. Then Mance takes the gun and shoots Quagwai 9 times only to realize that it's no effect to the beast. It's last seen at the hands of Emily when she's patrolling the cellar stairs along with Willy. For an unknown reason the gun in the film shoots semi automaticaly and it contains 9 shells. 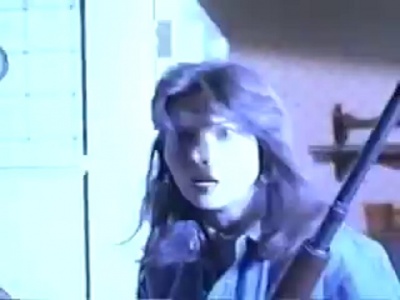 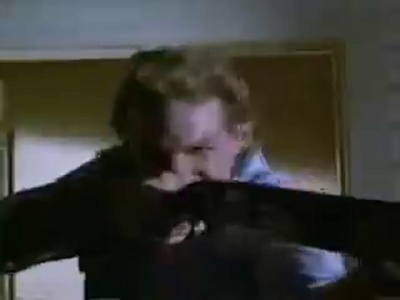 Mance points the shotgun on Quagwai. 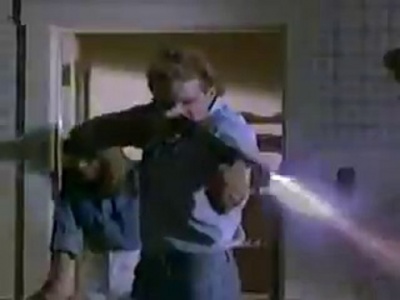 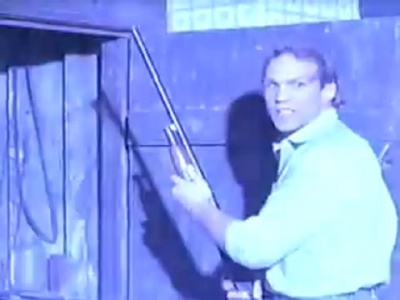 In this scene it can clearly seen that the Shotgun is a Mossberg 500A Field Gun.

In the end of the film Mance takes a double barreled shotgun from the gun holder (you can clearly see that the Stevens 512 O/U shotgun is replaced) and breaks into the Cellar for a confrontation with Quagwai. He fires it to Quagwai 2 failed times. 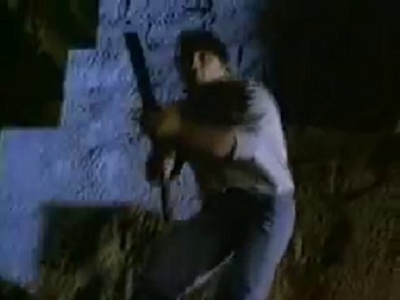 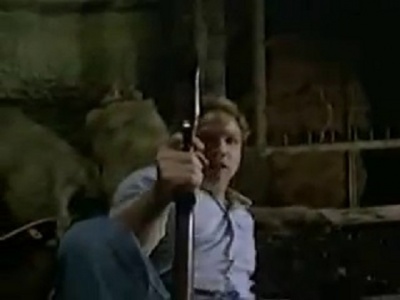 Mance holds the shotgun as Quagwai is getting closer to him. 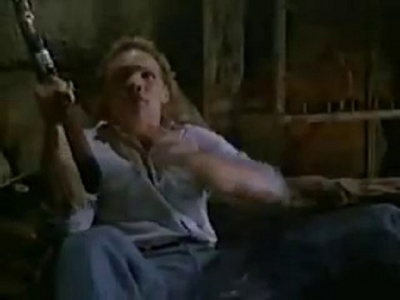