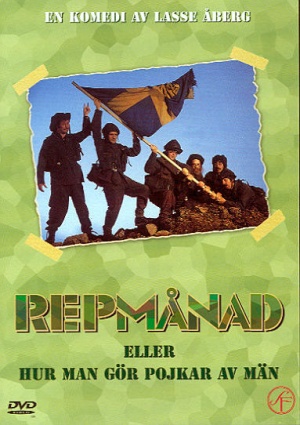 The Callup, (Swedish: "Repmånad"), is a 1979 Swedish comedy. It follows a squad of former soldiers during their obligatory one-month military refresher course (known as "Repmånad").

The following firearms were seen in the film "The Callup"/"Repmånad".

The overzealous 1st Lieutenant Wickman (Thomas Ungewitter) is seen carrying a holstered sidearm, though he never reveals or uses it. In the Swedish Armed Forces at the time the movie was filmed (1979), there were two official semi-automatic pistols in service: The older M/07 (FN Browning 1903) and the M/40 model (Lahti L-35). Wickman carries his sidearm in a holster on his left hip which most likely means it is a M/40 as the older M/07 pistol were usually carried on the right hip for practical reasons. 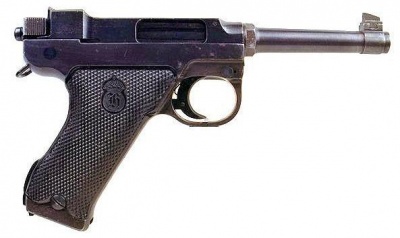 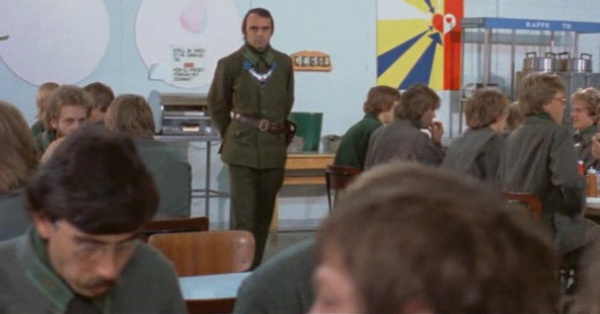 Lt. Wickman with his holstered M/40.

The primary weapon of the characters is the Swedish Carl Gustav M/45B SMG. Most of the time, it's seen with a special blank-firing device and a brass-catcher. 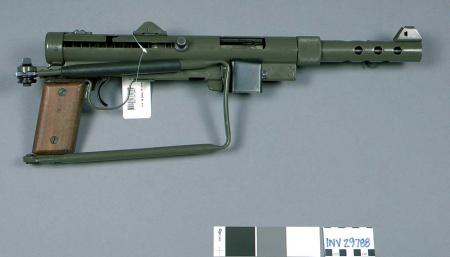 A Carl Gustav M45B with the stock folded. The weapon is also known as the "Swedish K". 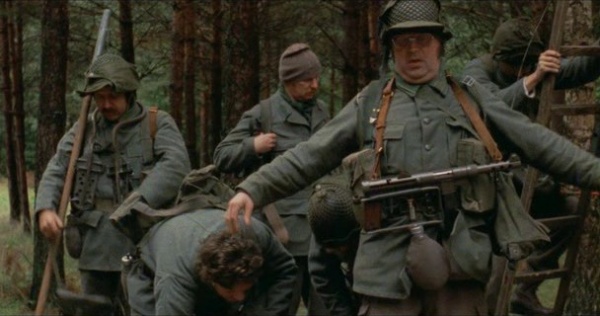 Private Tore Tallroth (Weiron Holmberg) is seen with his M45 on the right. Note the lack of a blank-firing adaptor and brass catcher. 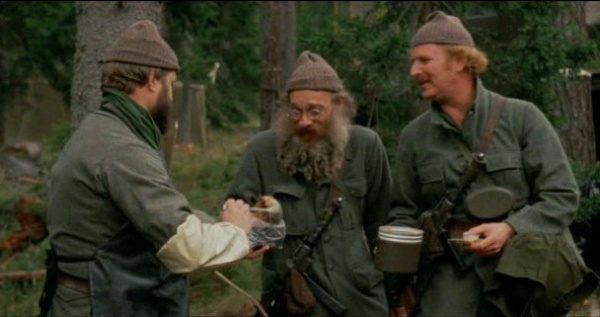 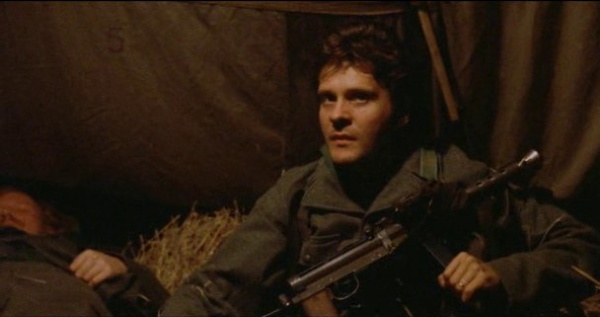 Furir Börje Larsson (Ted Åström) with his M45 SMG. (Furir is a Swedish rank between corporal and sergeant) 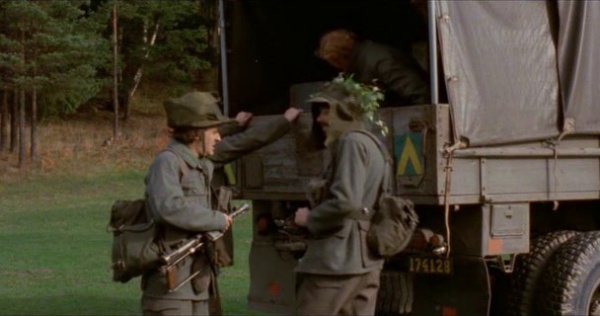 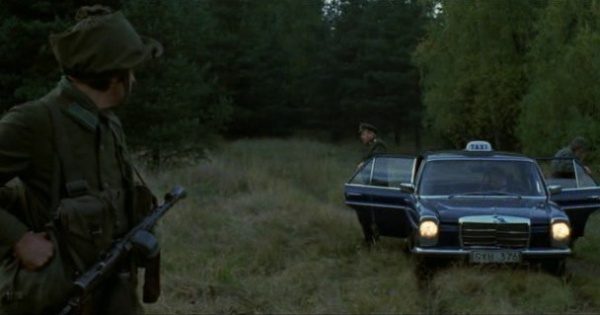 Though the main characters use the older M45 SMG, some of the extras use the Ak 4, a Heckler & Koch G3A3 modified for the needs of the Swedish Military.

A Swedish modified H&K G3A3 with the designation "Ak 4". This variant was the main battle-rifle of the Swedish Armed Forces from 1964 to the mid 1980's when it was replaced by a Swedish modified Fabrique Nationale FNC

This is an original, unmodified, Heckler & Koch G3A3 with slimline handguard. 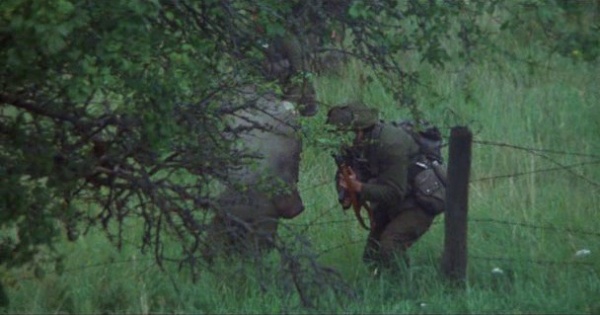 A soldier with an Ak 4 on the right.

The Kulspruta M/1936, (literary translated as "Bulletsprayer M/1936", though internationally known as "Machine gun M/1936"), the Swedish version of the Browning M1917, is seen during a training exercise. This particular MG was partially replaced by the "KSP 58" (Swedish FN MAG designation), in the 60s. The last Swedish M/1936 were replaced in the late 80s, early 90s by the FN MAG/KSP 58. 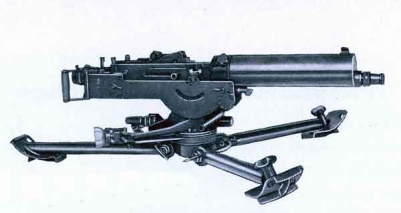 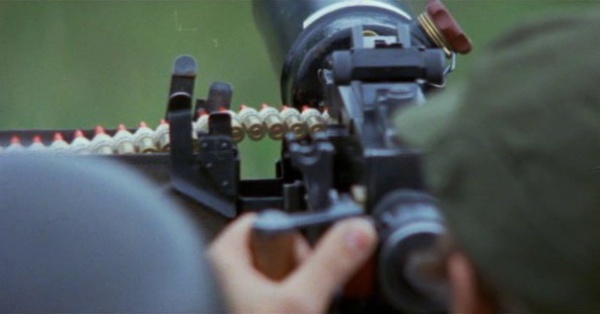 The Kulspruta M/1936 is fired during an exercise. Note the red-tipped blank rounds. The gun was used as late as the early 1990s, especially mounted on trucks in a dual MG-configuration. 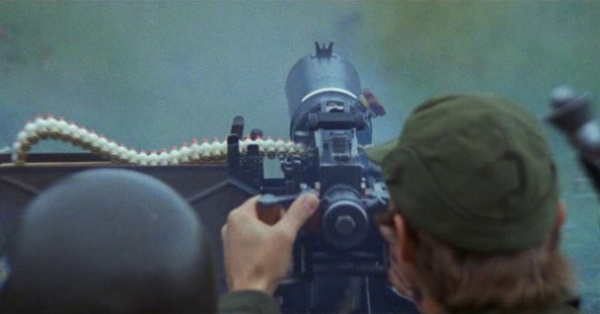 The Kulspruta M/1936 is fired during an exercise.

In a dream sequence, a soldier is seen with an unknown SMG. It is possible the weapon is a Bergmann MP18 or Haenel-Schmeisser MP28/II. 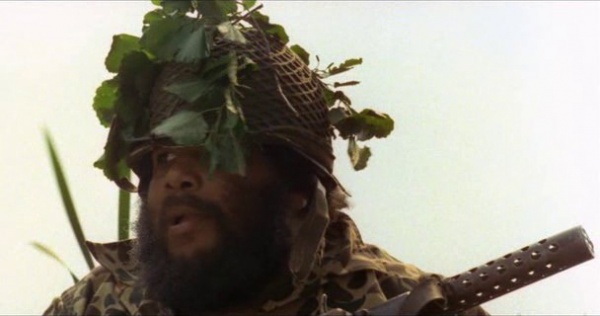