Secret agent Louis Rapière aka Tiger (Roger Hanin) and many next characters are seen with Astra 400 pistols. 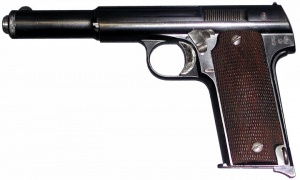 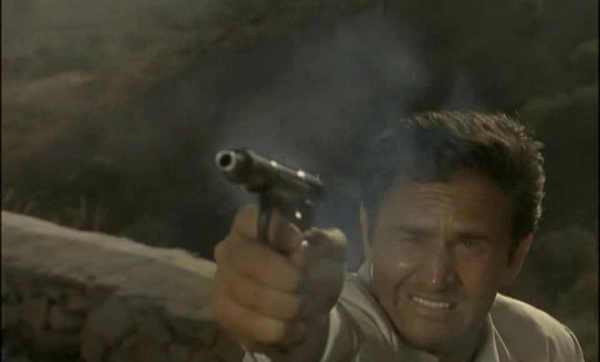 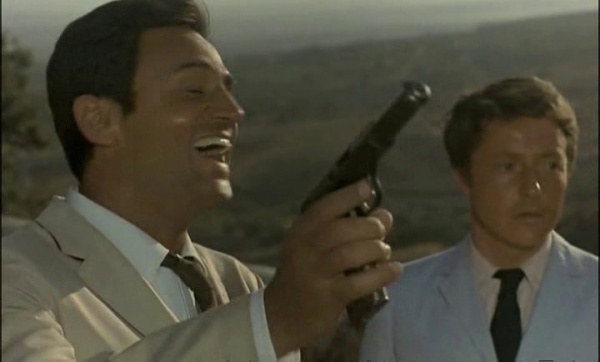 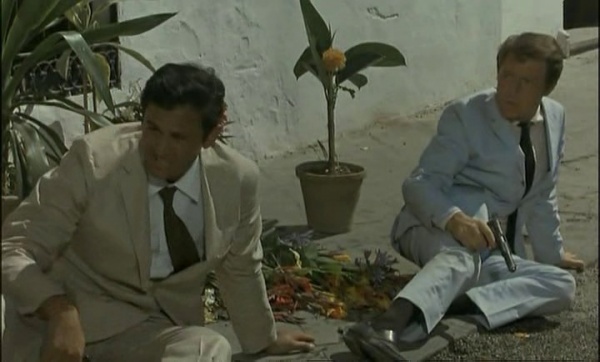 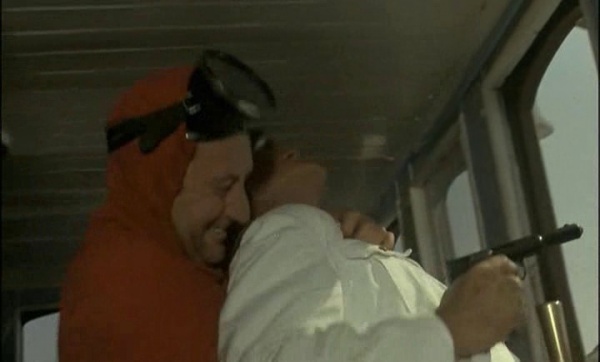 Captain of the ship carrying the gold was not enough to use his gun.

The killer is equipped with a suppressed Star Model B pistol. 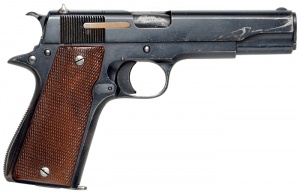 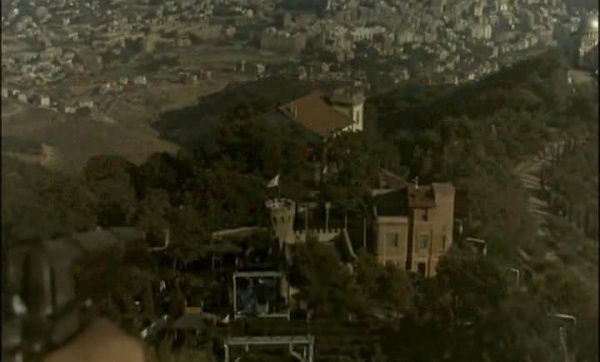 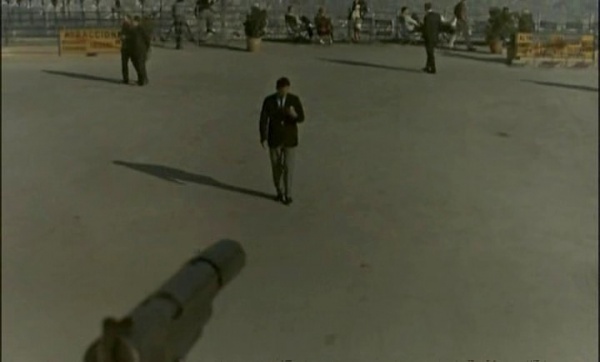 The killer sits on the carousel and is about to kill agent Tiger. 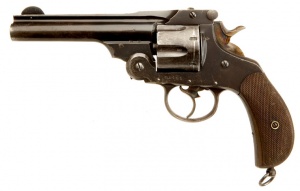 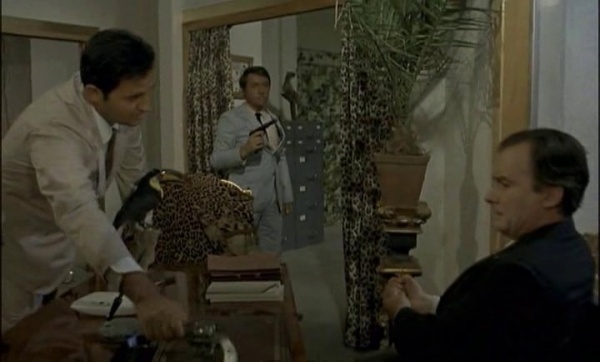 Vermorel pulls from drawer his revolver ... 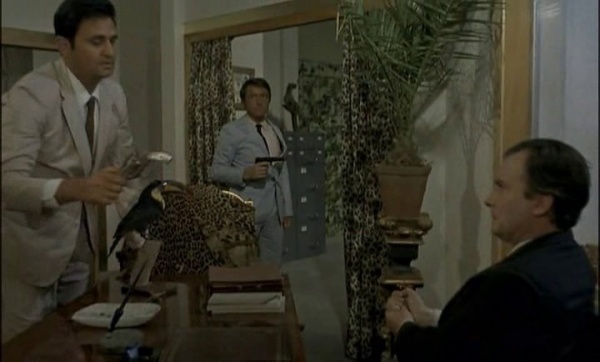 ... but Louis Rapière and his assistant Duvet disarmed him. 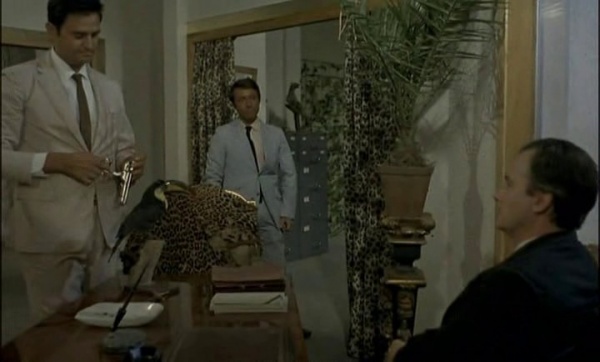 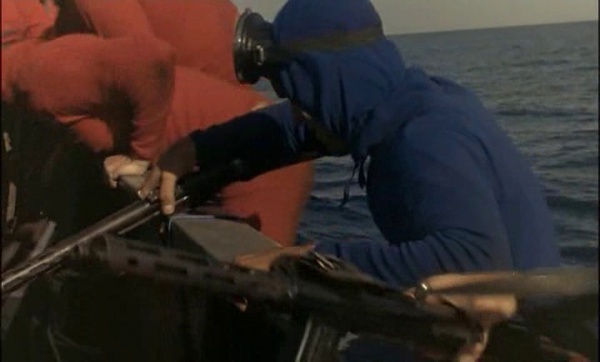 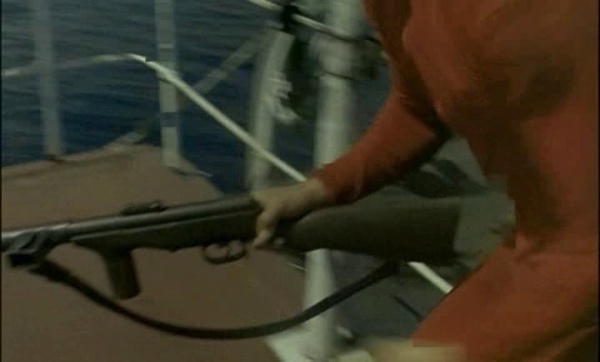 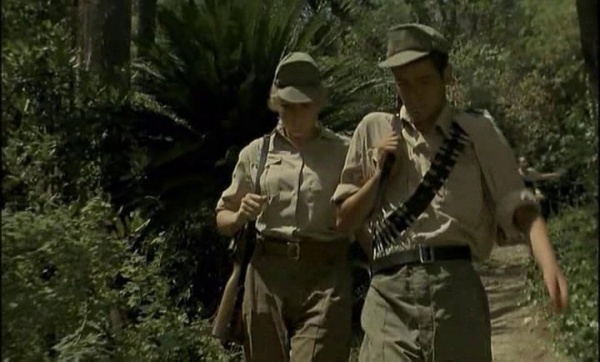 Sarita Sanchez (Micaela Pignatelli) (left) with a submachine gun over her shoulder. 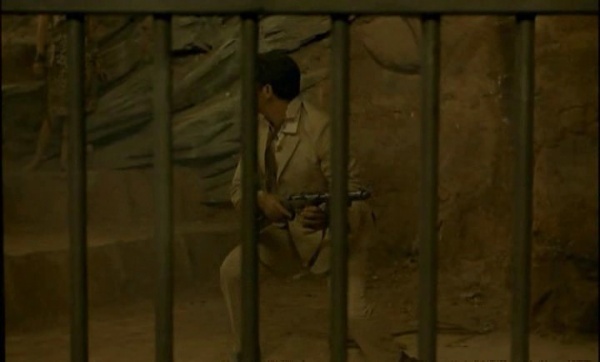 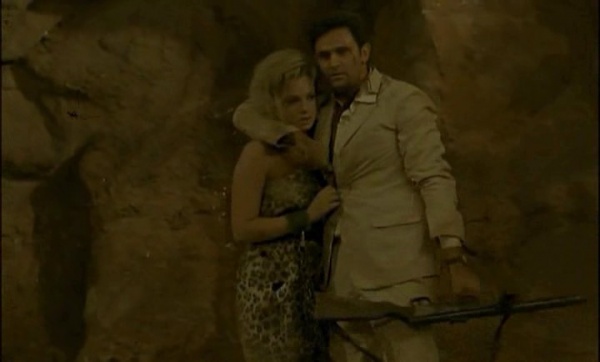 Tiger saves the beautiful Pamela (Margaret Lee) from the clutches of the Nazis.

Many characters are armed also with Karabiner 98k rifles. 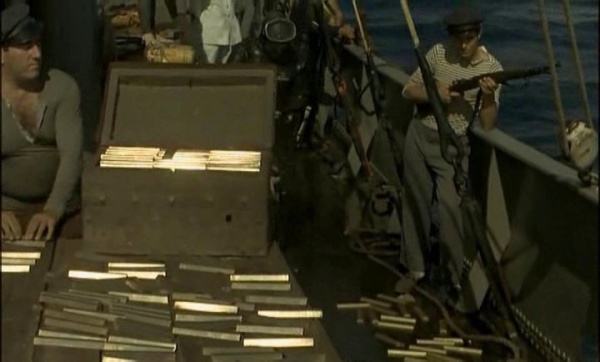 The guards on the boat carrying gold were armed with Karabiner 98ks. 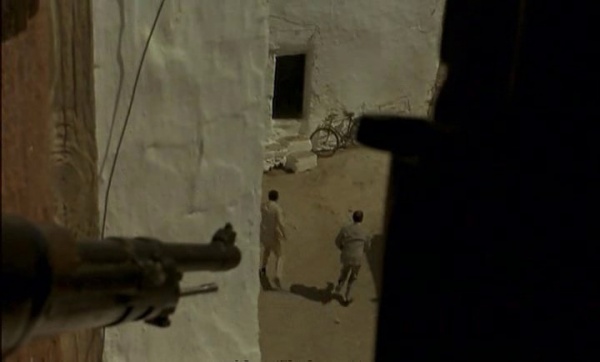 Also, the Nazi shooter from the backup used this weapon.

A truck with weapons for the Nazis also contained M60D machine guns. 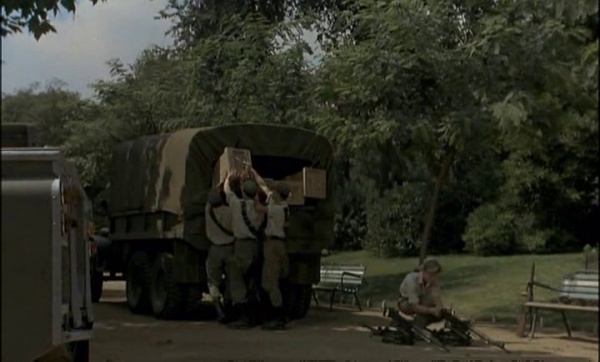