The Meek One (Original: Krotká) is a 1967 Slovak black-and-white produced by TV a psychological drama directed by Stanislav Barabas on based a short story A Gentle Creature by Fyodor Dostoyevsky from 1876. Starring Ctibor Filcík and Magda Vásáryová.

The following weapons were used in the film The Meek One (Krotká): 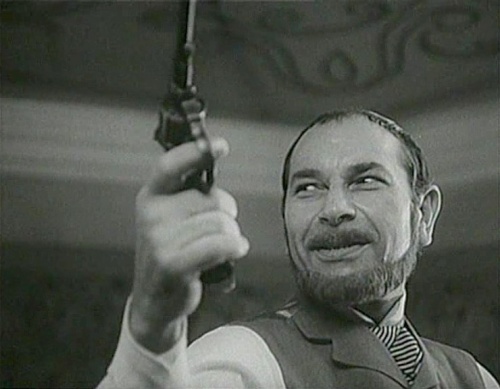 The pawnbroker (Ctibor Filcík) holds a revolver in hand when he stopped shooting. 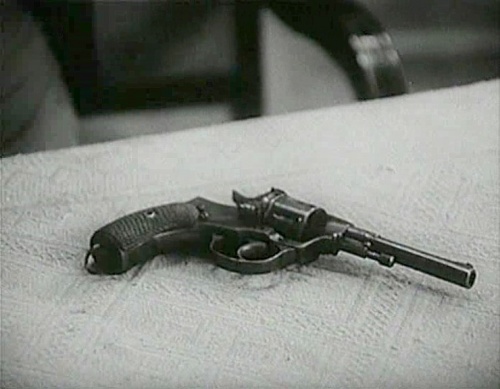 He put the gun on the table. 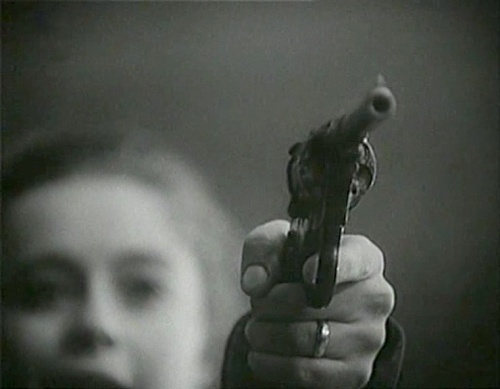 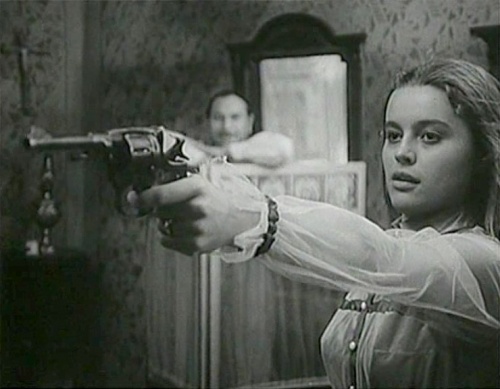 ...and opened fire on a target. 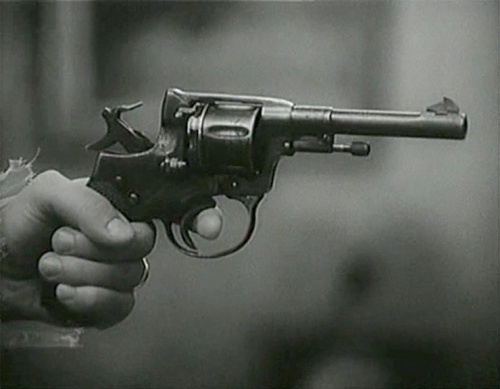