The following weapons were used in the film The Married Couple of the Year Two: 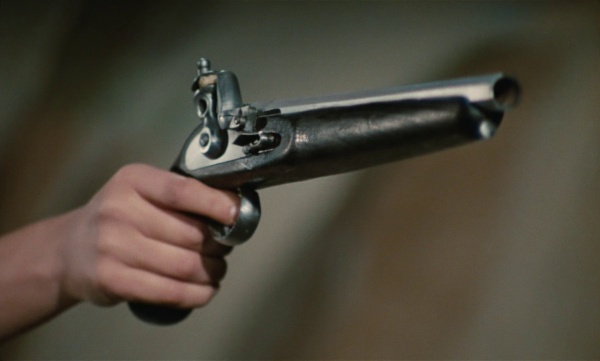 Pauline de Guerande (Laura Antonelli) in disguise for the actress ... 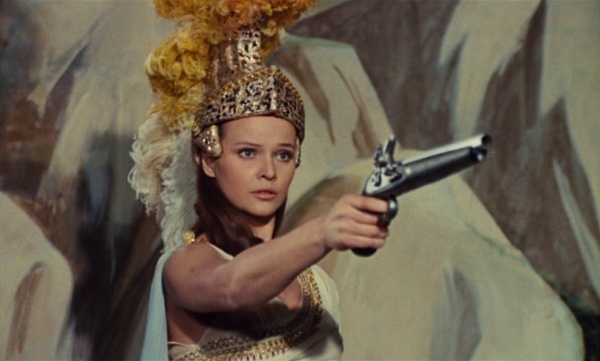 ... tried to shoot from Flintlock pistol the mayor of Nantes. 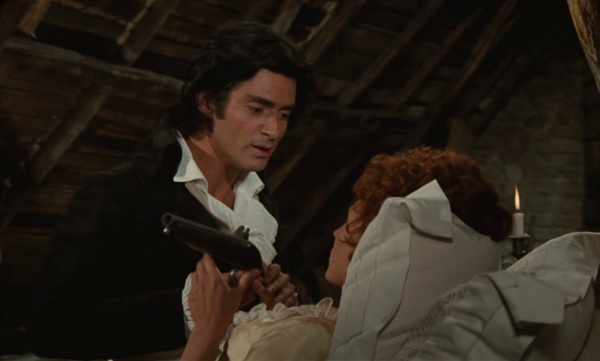 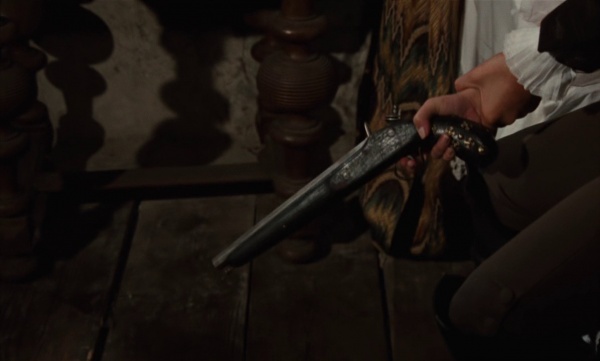 Charlotte Philibert (Marlène Jobert) by a shot into the floor warned her husband. 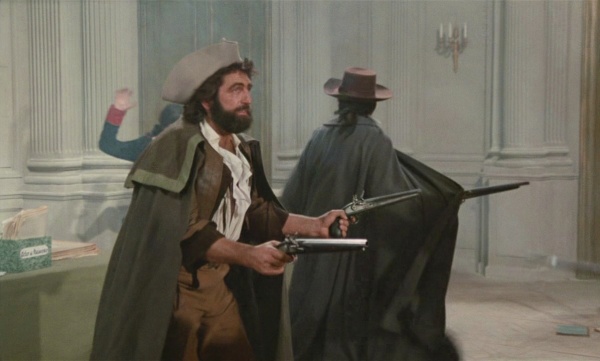 Requiem (Mario David) along with other Prince´s henchmen pulled out their guns at the town hall. 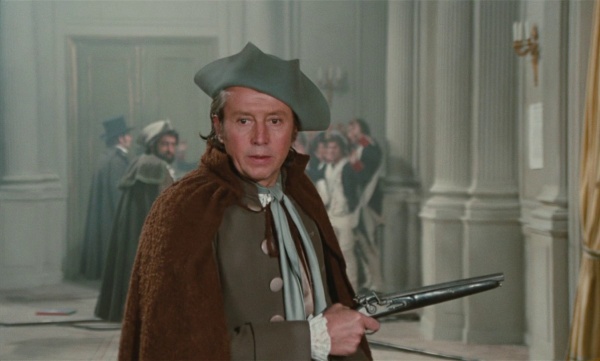 Prince (Michel Auclair) with a gun in his hand aimed at mayor of Nantes.

One of Chouans is armed with a Blunderbuss. Also marquis Henri de Guerande (Sami Frey) used this weapon. 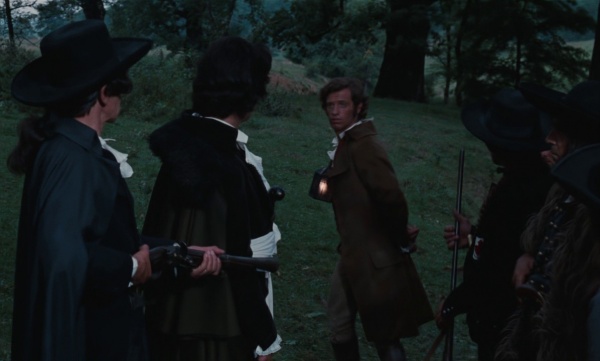 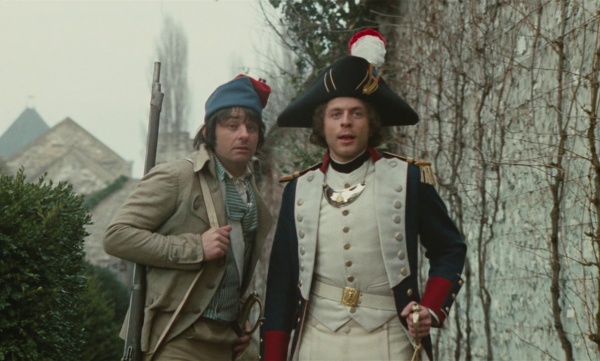 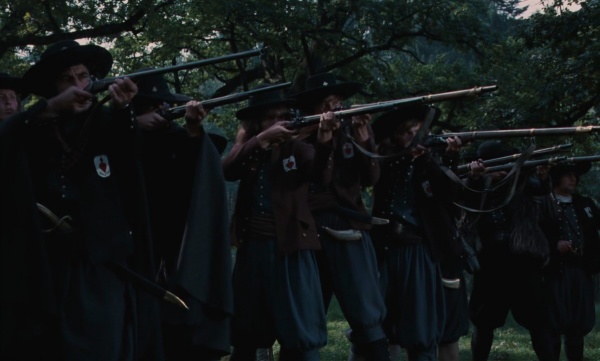 Some Chouans fire at Nicolas also from muskets. 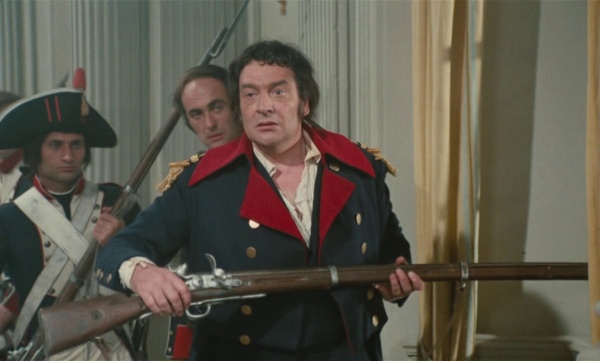 The mayor (Julien Guiomar) defends the town hall with a Charleville musket in hand. 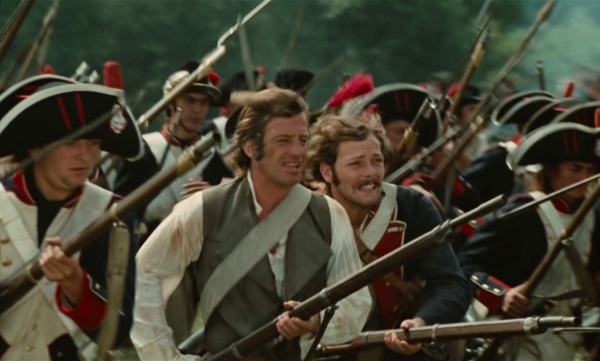 The Chouans are armed also with Model 1777 cavalry carbines.

Chouans standing left have in their hands Model 1777 cavalry carbines. 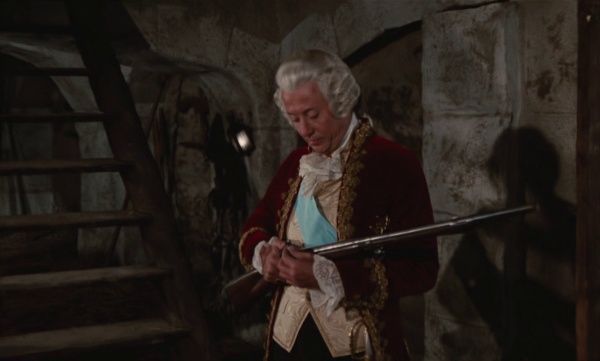 Also the Prince (Michel Auclair) took from the armory of Chouans several carabines ... 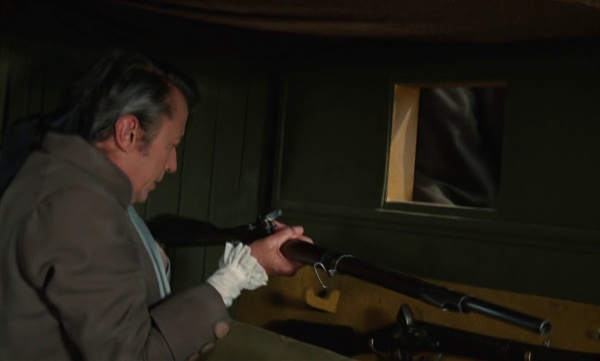 ... and carries a pair of this weapons in his the carriage. 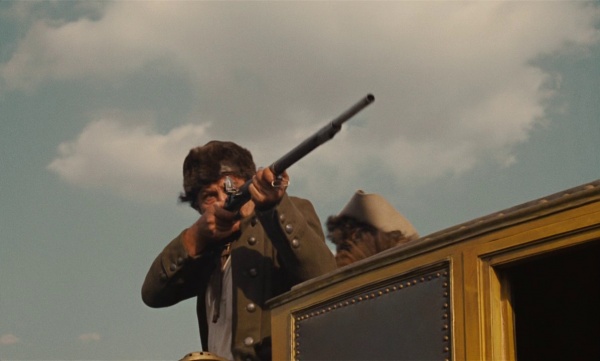 One of the prince's aides on coach-box of the carriage fired from carbine.

The swivel cannons are mounted on boats of coast guards in the port of Nantes. 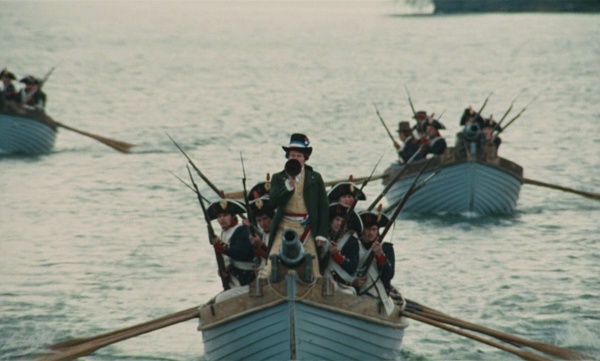 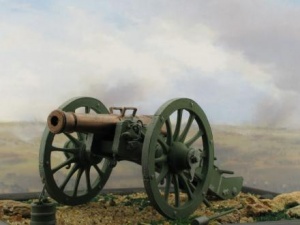 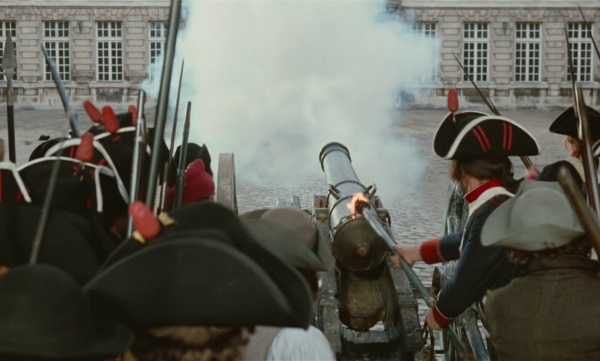