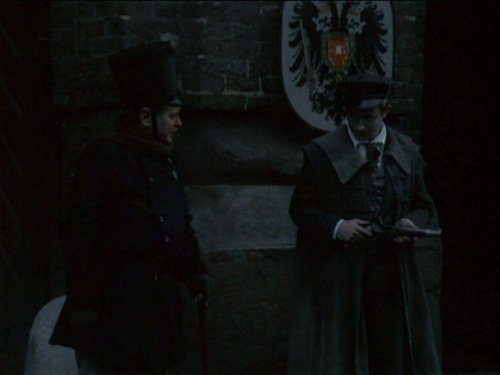 Ludwig with a pistol in hand covers a back of his cronies during the robbery in the printer. 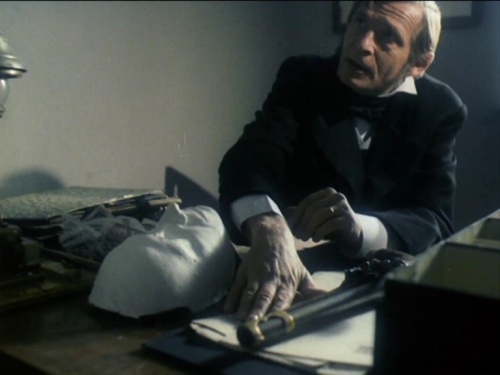 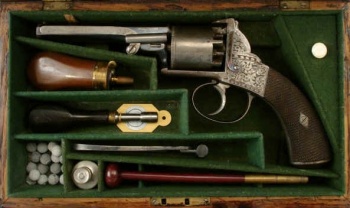 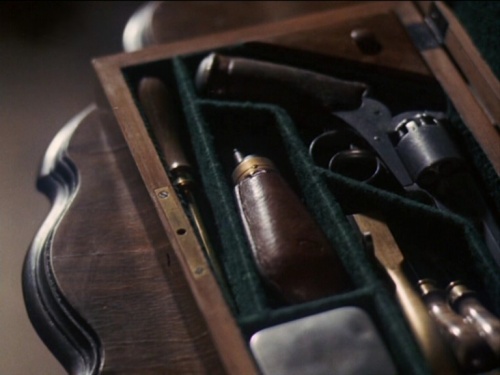 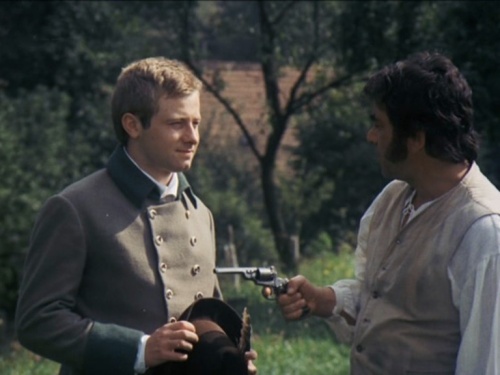 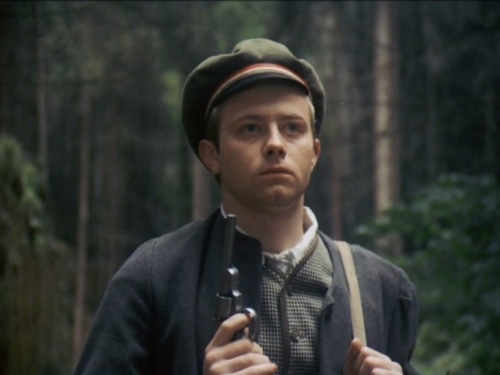 Ludwig goes to the first meeting with the courier in the woods. 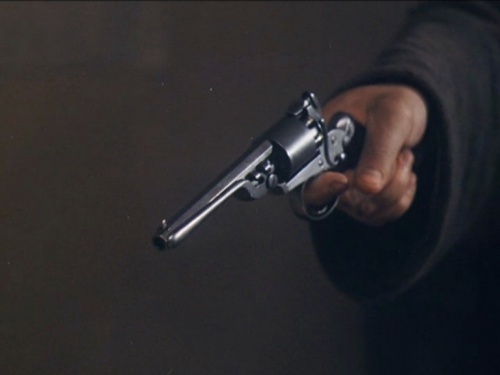 Ludwig shoots from a revolver into the telegraph on post office. 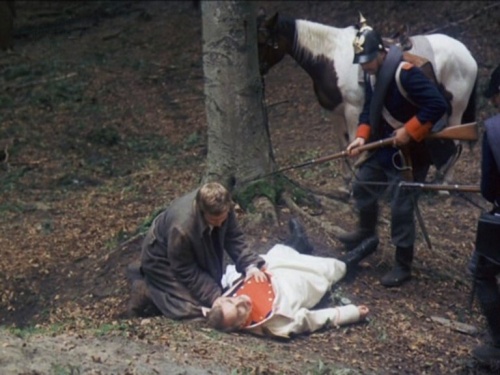