The Deadly Decoy (original title Le gorille a mordu l'archevêque ("The Gorilla has bitten the Archbishop")) is a 1962 French adventure movie directed by Maurice Labro, the second sequel to The Mask of the Gorilla (Le Gorille vous salue bien). A French secret agent Géo Paquet aka "The Gorilla" (Roger Hanin) replaces an arrested hitman in order to prevent the assassination of the General Secretary of French-African comission and spoil the plans of ruthless business magnate Lahurit, known as "The Archbishop" (Jean Le Poulain).

The following weapons were used in the film The Deadly Decoy (Le gorille a mordu l'archevêque):

In the opening scene an M1911A1 is seen in the suitcase of Bezoy (Jean-Marie Rivière), Lahurit's agent. "The Gorilla" (Roger Hanin) takes it and threatens Bezoy. An M1911-style pistol is also seen in hands of one of Rapus' manservants. 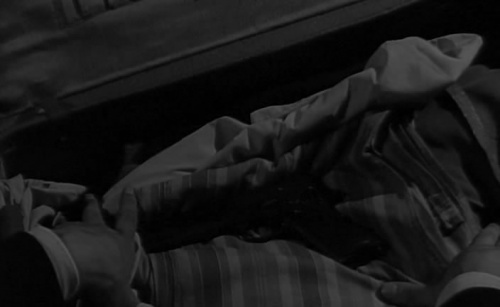 The pistol is seen in suitcase. 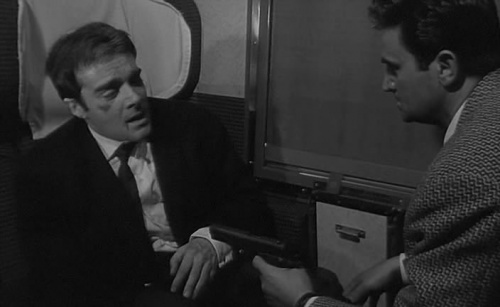 "The Gorilla" holds Bezoy at gunpoint. 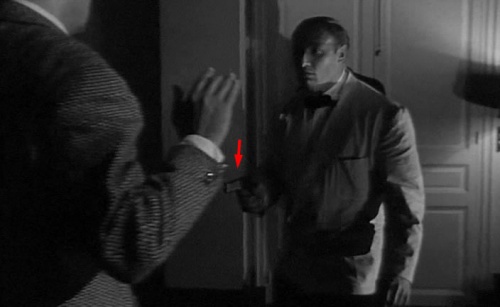 Rapus' manservant aims a pistol at "The Gorilla".

Soufflant (Bob Morel), a DST agent, carries a Luger P08 Artillery Model as a part of his arsenal. "The Gorilla" (Roger Hanin) uses Soufflant's pistol in one scene. 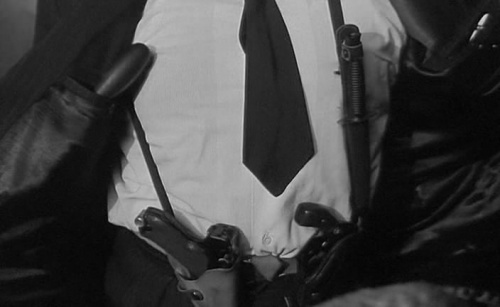 Soufflant carries a Luger, a revolver, a dagger and a bludgeon. 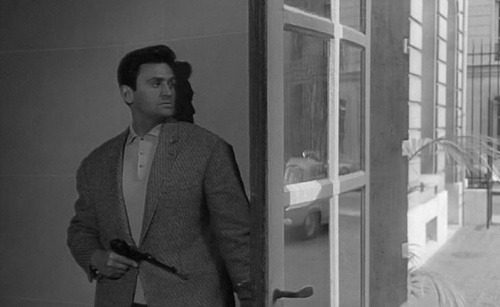 "The Gorilla" holds a Luger. 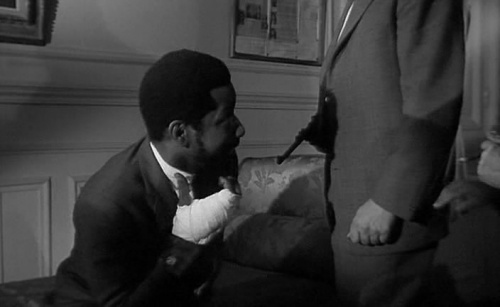 In one scene "The Gorilla" (Roger Hanin) is seen with a small revolver tucked at his belt. Soufflant (Bob Morel) also carries a revolver. In both cases only grip is seen but its shape allows to guess the revolver to be a Smith & Wesson Model 36. 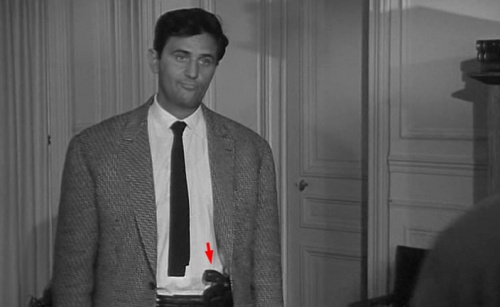 "The Gorilla" carries a revolver.

A revolver is a part of Soufflant's arsenal.

In the final scene double barreled shotguns are used by Gaspard Lahurit (Jean Le Poulain) and one of his manservants. 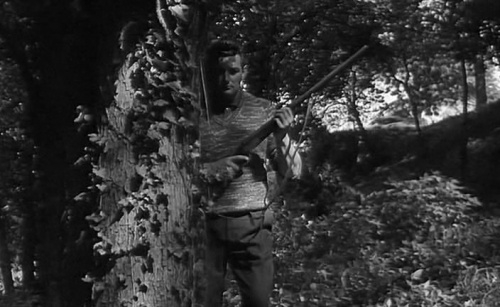 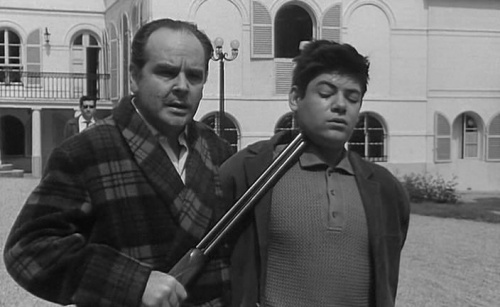 Lahurit holds Antoine as a hostage. 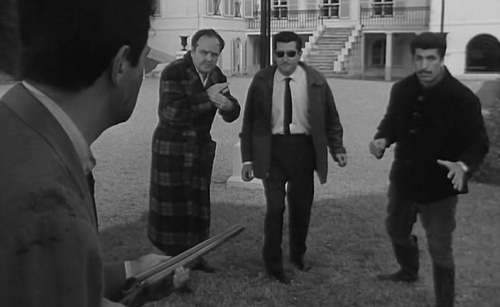 "The Gorilla" with Lahurit's shotgun.

Ouémélé (James Campbell) uses a Winchester Model 70 with a sniper scope in his attempt to assassinate the General Secretary. 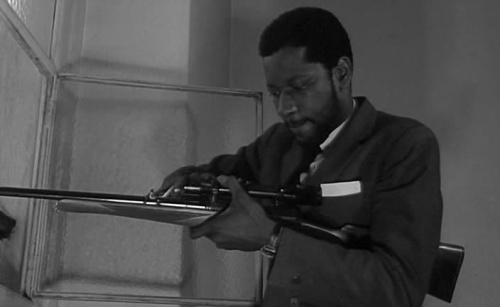 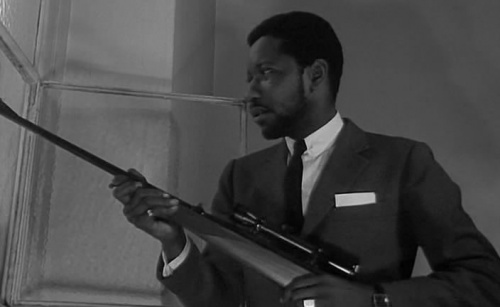 He waits for a chance to fire. 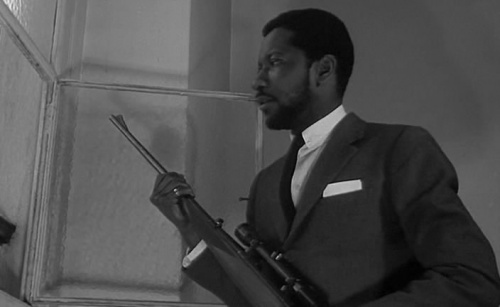 Another view of the rifle.
Retrieved from "https://www.imfdb.org/index.php?title=Broken/Deadly_Decoy_%5Cx28Le_gorille_a_mordu_l%5Cx27archev%5Cxeaque%5Cx29%5Cx2c_The&oldid=922684"
Categories: