The following weapons were used in the film The Corsican File (L'enquête Corse): 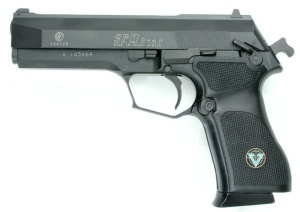 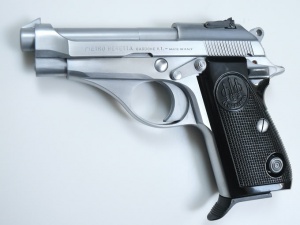 Matéo (Pierre Salasca), an accomplice of Ange Leoni, is armed with a Beretta 92FS. 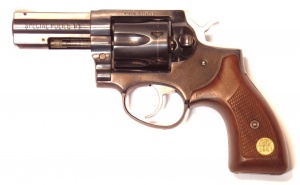 One of the Corsican terrorists is seen with a MAT-49.

Another Corsican terrorist is seen with a Mini Uzi slung across his chest.

French policemen are armed with the FAMAS F1.

A Corsican terrorist is seen with a Karabiner 98k.

The terrorist to the right has the Kar98k resting on his shoulder.

Sawing-off the barrel has completely removed the front sight and it seems to attempt to replace it was made.

One of the Corsican terrorists in a car is armed with an original model M16.

A cop from RAID (left) has a Colt M4A1 equipped with laser sight.

Figoli (red balaclava) with his Type 56.

Various characters are seen with a Ruger Mini-14 fitted with optical sights.

One of the Corsican separatist (middle) carries also this rifle in hand.

What appears to be an unidentified bolt-action rifle is seen in Borgnoli's gun collection.

Borgnoli (Guy Cimino) aims at Rémi François with one of the 12 Gauge Double Barreled Shotguns from his gun collection.

What appears to be a Beretta Model RS-200 is seen in Borgnoli's gun collection.