Arabella - Pirate's Daughter (Original title: Arabella, mereröövli tütar; Russian: Арабелла - дочь пирата, Arabella - doch pirata) is a 1983 (filmed 1982) Soviet Estonian adventure movie, based on the same name tale by Aino Pervik. Arabella, the daughter of the captain of the pirate ship "Scorpio", encourages her father in everything, who willingly shares the loot with the poor people. The girl annoys the whole team, and her father becomes their main enemy. Once the pirates take on Scorpio's board a strange man named Aadu - and the girl has another friend. The three of them - Arabella, captain and Aadu - will soon have to leave the ship and experience many amazing adventures. 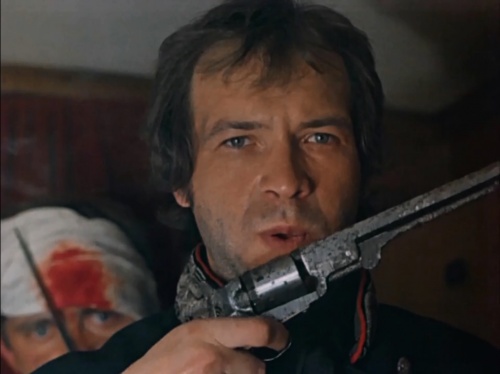 Several characters are seen with Nagant M1895 revolvers. Captain of "Matilda" (Aarne Üksküla) uses it until it discovers that the pirate saboteurs sent in the crew loaded it with blanks. 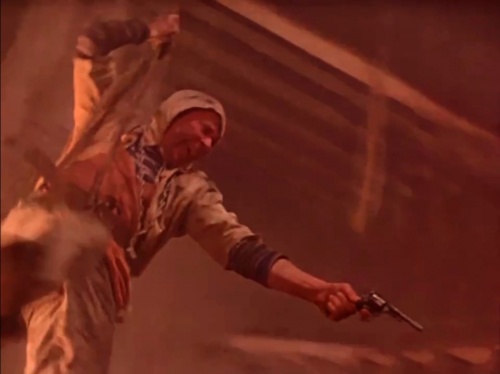 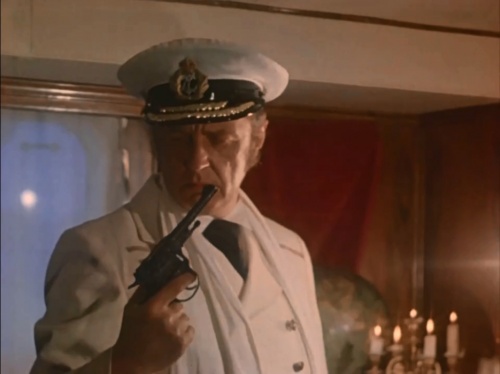 Hea Wilhelm (Georg Jansin) carries the double-barreled breech-loading pistol in one scene. This is most likely one of the Belgian models, based on the Nagant 1877 Gendarmerie system. 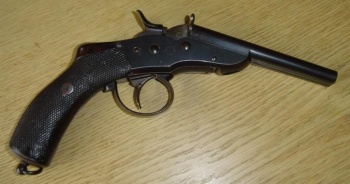 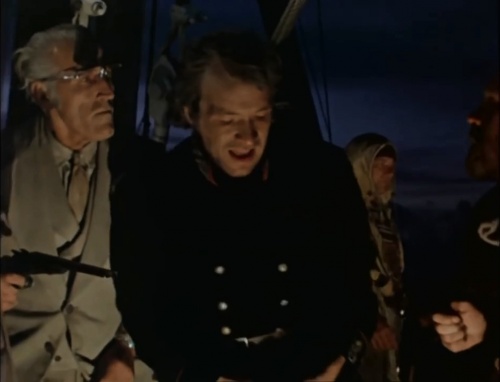 Arabella (Inga-Kai Puskar-Polonski) in one scene is seen with the Howdah Pistol. 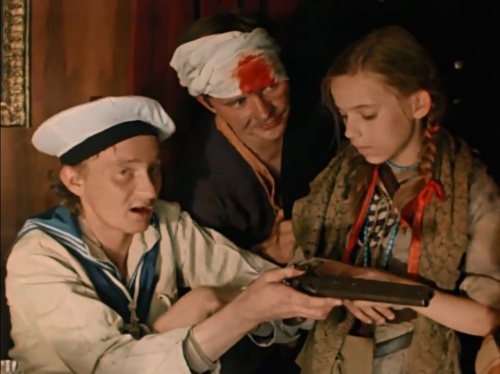 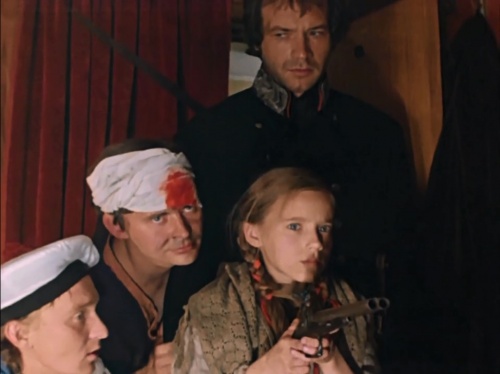 The Colt Model 1903/1908 is visible among the weapons in the captain's cabin. 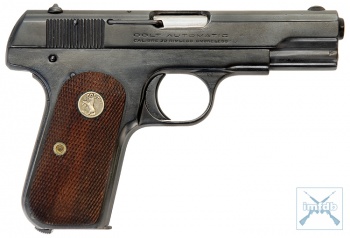 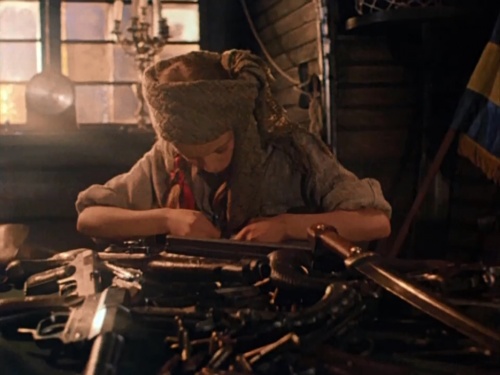 The Mauser C96 is partially visible among the weapons in the captain's cabin.

An Walther Model SL flare gun is visible among the weapons in the captain's cabin.

The pair of antique Flintlock/Percussion pistols is visible among the weapons in the captain's cabin. Puujalg (Ants Ander) also carries a percussion pistol into his wooden leg. 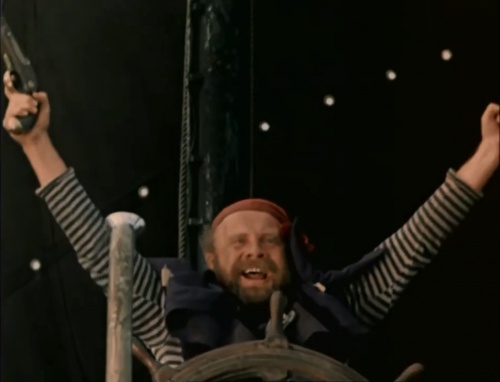 Puujalg pulls out his old pistol during a riot.

Puujalg (literally "Pegleg") (Ants Ander) carries the Winchester Model 1895, leaning on it like a crutch the rest of the time.

A Russian contract Model 1895 in 7.62x54 Russian. Note the loading bridge over the receiver 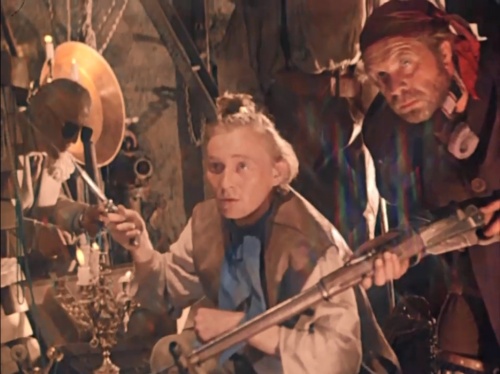 Meremõrtsukas ("Sea Murderer") (Tõnu Kark) in one scene is seen with an unidentified rifle, presumably a percussion (or converted to a breach loader) infantry model. 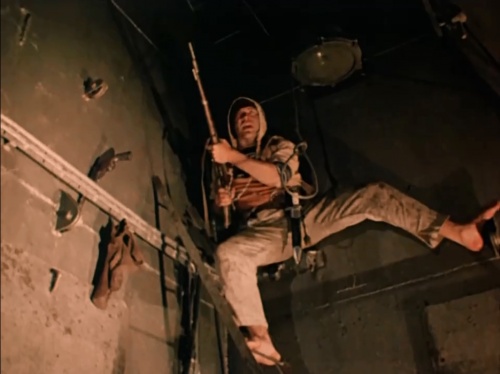 Hea Wilhelm (Georg Jansin) uses a crossbow in one scene. It seems to be a modern sporting model (and not something that would exist in the late 19th - early 20th century, when events take place). 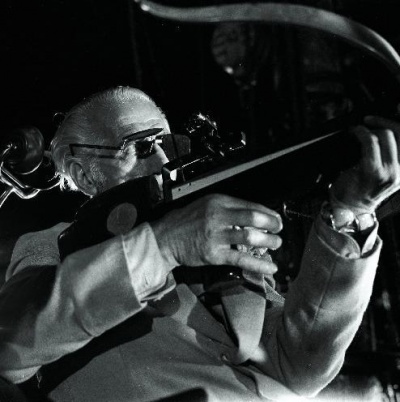 A photo from the filming. 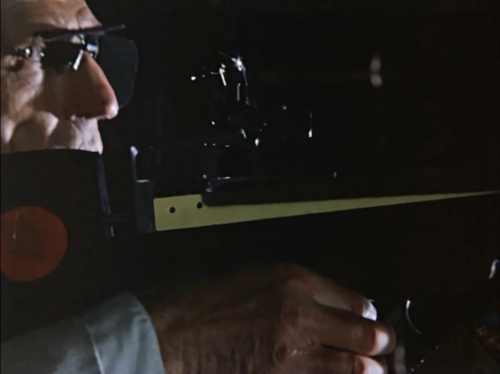 It is worth noting that the Smith & Wesson No. 3 Russian Model is visible on cinema posters, although this is not appears in the film itself. 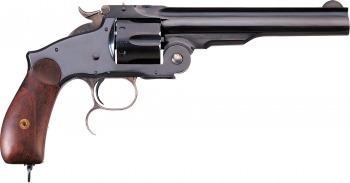 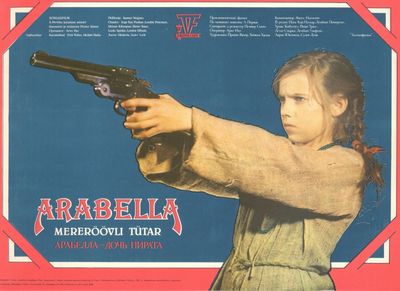 Arabella (Inga-Kai Puskar-Polonski) holds S&W on the one of original posters. 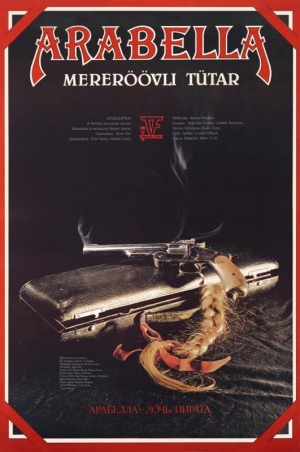