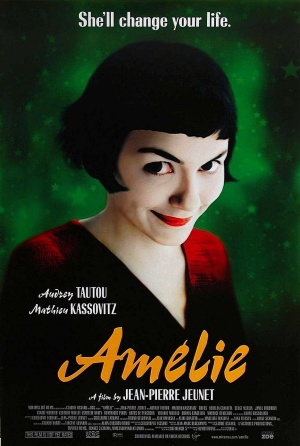 Amélie is a 2001 romantic and slightly surrealistic movie that stars Audrey Tautou as the title character, a young woman who develops a fantastic imagination to help her deal with the real world. The film was co-written and directed by Jean-Pierre Jeunet (Alien Resurrection) and despite the nature of the film, still includes some firearms.

The following weapons were used in the film Broken/Am\xe9lie:

In her crazy imagination when Amélie (Audrey Tautou) wonders why Nino (Mathieu Kassovitz) didn't come to see her at work, a Desert Eagle (probably Mk I according to shape of the safety) is seen in the hand of an imaginary bank robber. 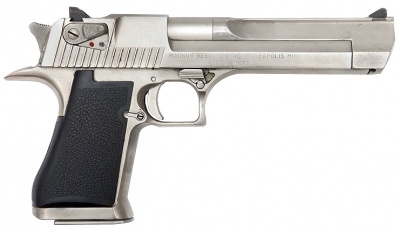 Desert Eagle MK I on the left.

In the same scenario, a Colt Python is seen as well as another unidentified gun (probably match revolver) at Nino's chin. 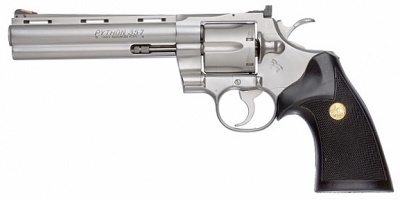 Colt Python on the right.

During the escalation of the same imagination, two imaginary mujahedins are scaring Nino using AK-type carbines, the left one is a AKS-74U.

During the escalation of the same imagination, two imaginary mujahedins are scaring Nino using AK-type carbines, the right one is a Romanian AIMR.

Romanian AIMR on the right.
Retrieved from "https://www.imfdb.org/index.php?title=Broken/Am%5Cxe9lie&oldid=1254394"
Categories: