The Big Grasshopper (Original: La Grande Sauterelle) is a 1967 French-Italian-German drama romance fim directed by Georges Lautner on based the novel "Who will die tonight" of Vahe Katcha. Thief Carl (Hardy Krüger) flees in Beirut from assassin Marc (Georges Géret), where he intends with the help of his friend Alfred (Maurice Biraud) kidnap a petrol magnate, after he wins a fortune at the casino. All plans suddenly changed when Carl meets on the beach with charming girl Salène (Mireille Darc). Carl calls her "Big Grasshopper" because she is thin and has long legs.

The following weapons were used in the movie The Big Grasshopper (La Grande Sauterelle):

Main characters are seen with a Luger P08 pistol. 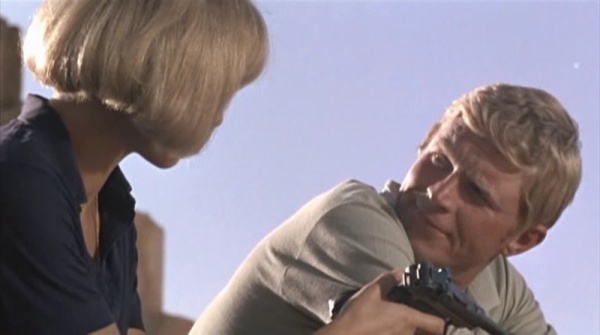 Salène (Mireille Darc) drew a gun, who gained from Vladimir ... 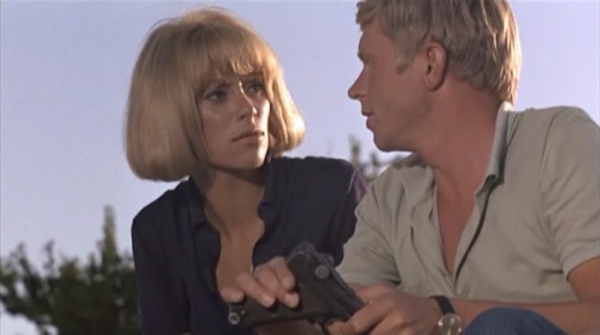 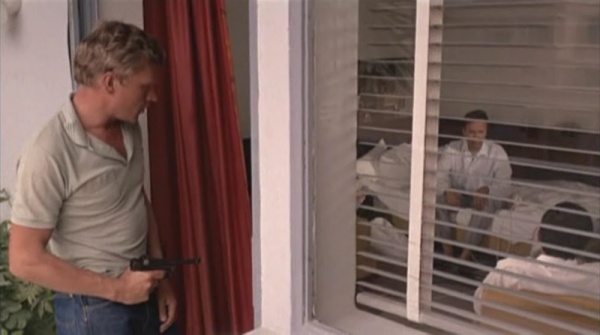 Carl is going to rescue his friend Alfred (Maurice Biraud) from the Marco's clutches. 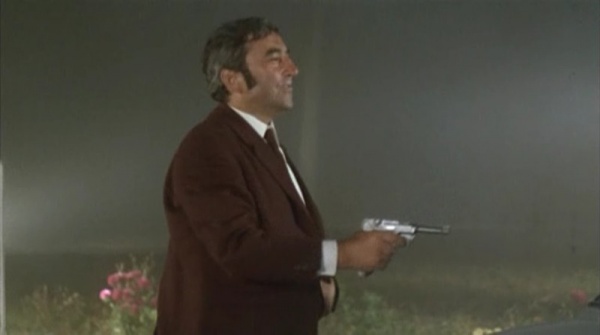 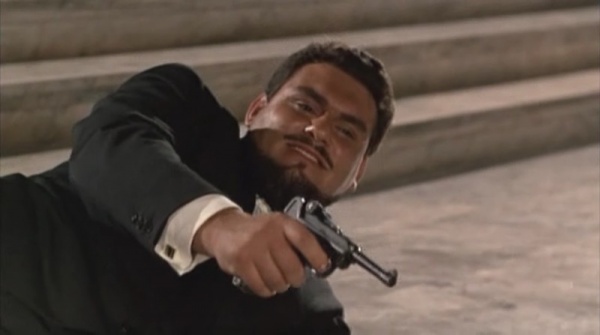 One bodyguard was armed with a Luger P8 pistol.

Some characters use also a Walther P38 pistol. 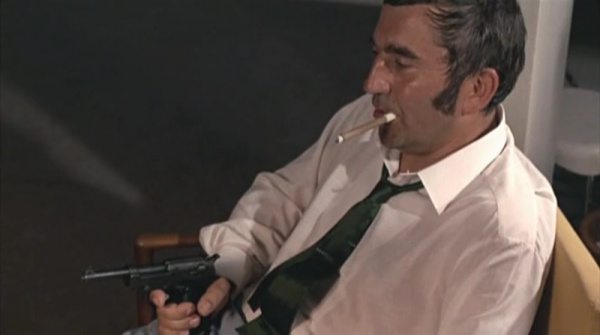 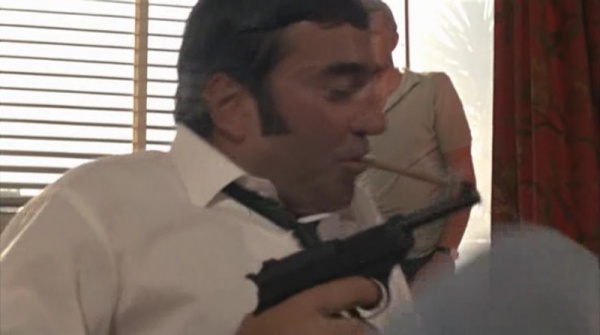 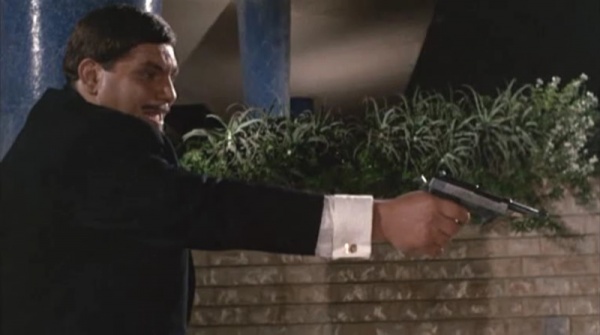 A bodyguard before casino fired from this gun.
Retrieved from "https://www.imfdb.org/index.php?title=Big_Grasshopper,_The_(La_Grande_Sauterelle)&oldid=851728"
Categories: