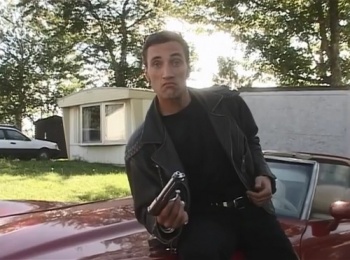 Bernard Robichaud is an American born Canadian actor and former model. Known for his roles in Haven and Trailer Park Boys. As Cyrus in Trailer Park Boys, the main antagonist, he introduces the first firearm, the Reck Miami 92F.