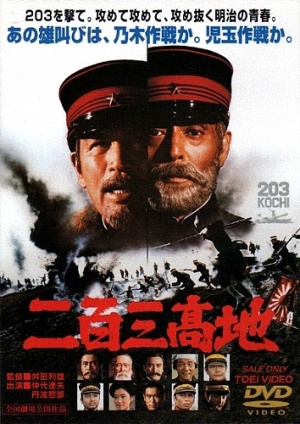 The Battle of Port Arthur (Original title: 203 kochi) is a 1980 Japanese spectacular epic war directed by Toshio Masuda, depicting the bloody siege of the fortress Port Arthur during the Russo-Japanese War 1904 - 1905. In the story dominated the character Lt Takeshi Kogyo (Teruhiko Aoi), teachers, and a reserve officer who became commander of the platoon and later company. At the same time monitors the conduct of the army commander general Nogi (Tatsuya Nakadai), which was commissioned of the emperor Matsuhito (Toshirô Mifune) to the conquest of the fort.

The following weapons are seen in the movie The Battle of Port Arthur (203 kochi):

The Russian-made Nagant M1895 appears in the hands of many officers as their sidearms in the film, possibly subbing in for the less plentiful Type 26 Revolver used by the Imperial Japanese Military at the time. 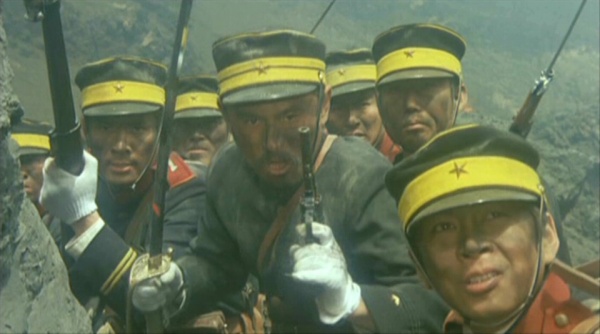 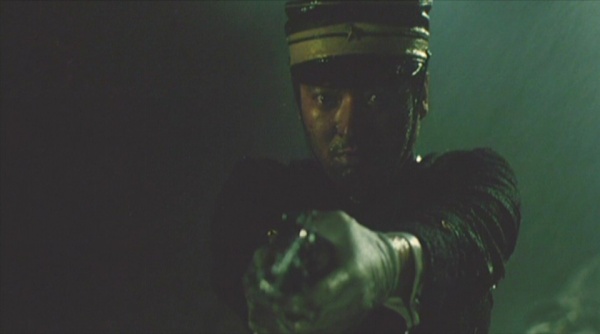 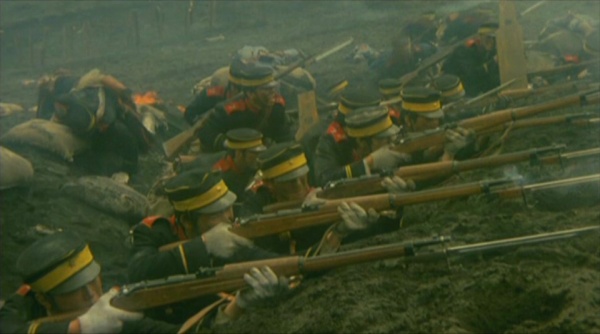 Japanese soldiers under Russian fire holds rifles in his hands.

Arisaka Type 30 rifle - 6.5x50mmSR Arisaka
File:Makoto Satô--Arisaka-203.jpg
Pvt. Uschiwaka (Makoto Satô) is going to shoot a friend in the hand, not to have to fight.

In the basic equip of the Russian troops belonged Mosin Nagant full-length rifles. 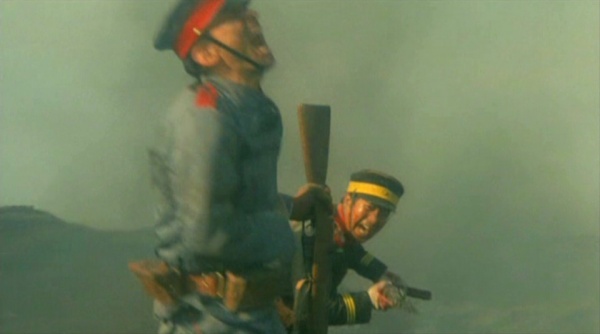 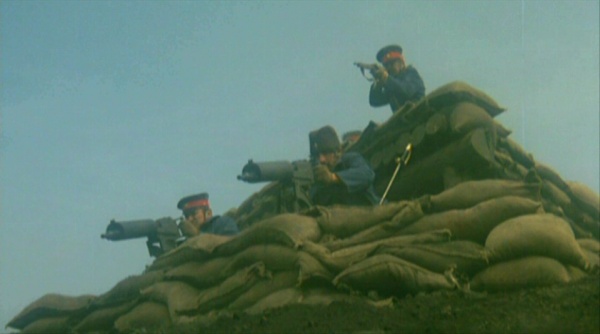 Japanese soldiers use instead of hand grenades dynamite sticks. 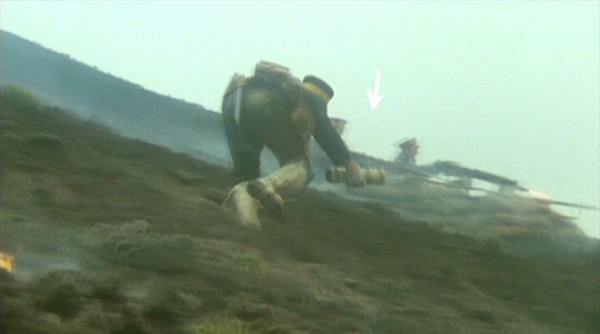 The basic weapon of Japanese artillery were mountain howitzers. 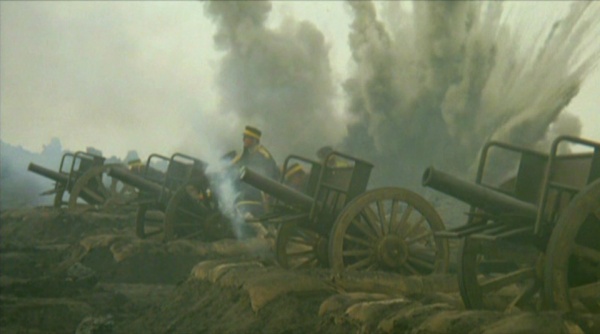 Initially used the Japanese artillery against the mighty fortress only ineffective mortars. 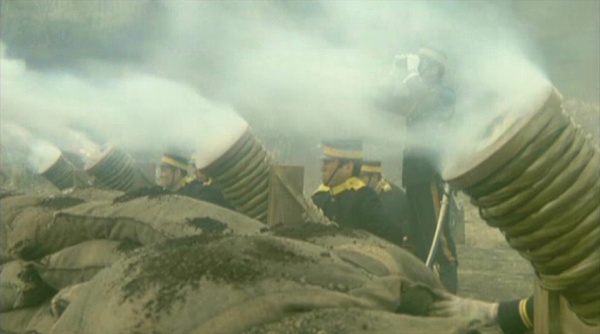 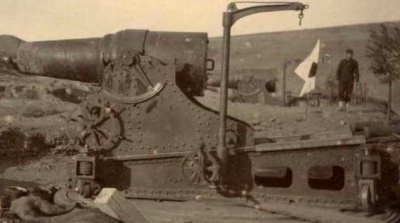 A 28 cm howitzer during the siege of Port Arthur. 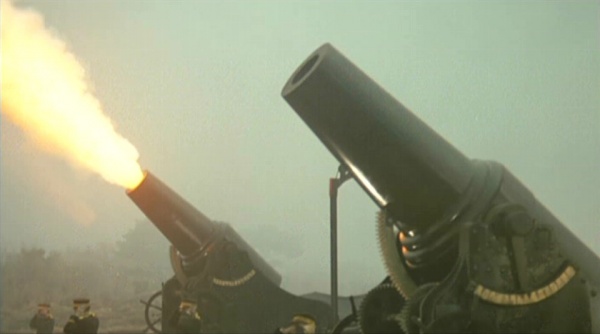 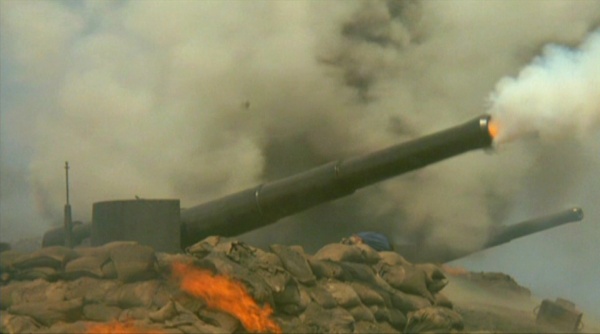 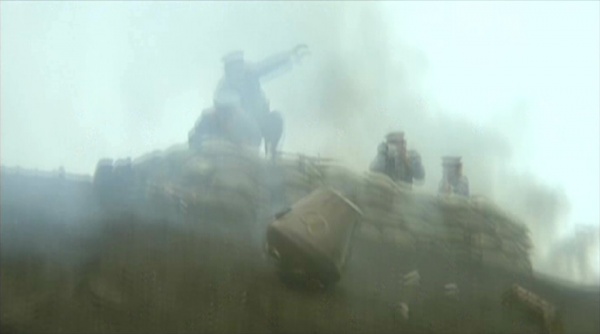