The following weapons were used in the film The Babysitter:

At least one police officer, Cop #1 (Doc Durhame) can be clearly seen armed with a Beretta 92FS, the other officer, Cop #2 (Jean Claude Leuyer) also likely had a 92FS. 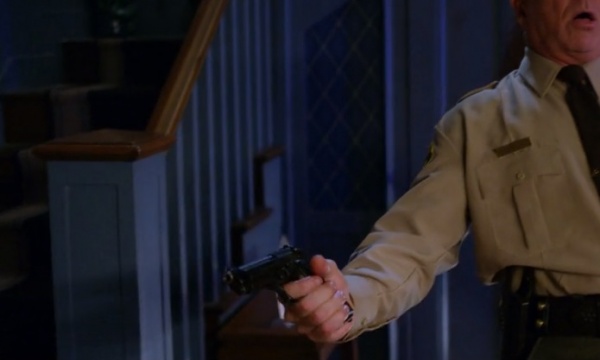 The injured officer (Doc Durhame) with the 92FS. 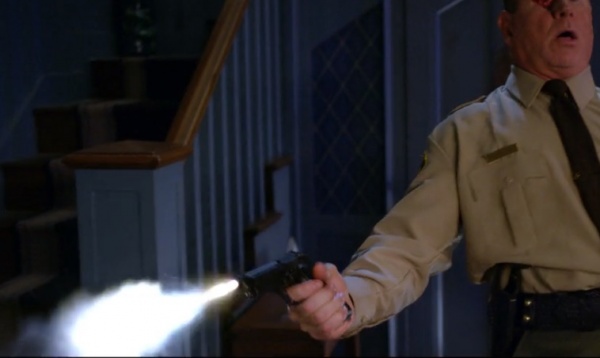 The other officer (Jean Claude Leuyer) with the gun, although because of the blur, it's impossible to tell for sure.

Bee (Samara Weaving) is seen armed with a Mossberg Maverick 88, taken from the police car.

Bee with the Maverick 88 in the house.