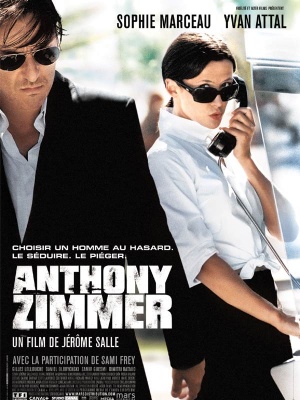 Anthony Zimmer is a 2005 French thriller written and directed by Jérôme Salle (Largo Winch) starring Sophie Marceau and Yvan Attal. It was the directorial debut of Salle, and was remade in 2010 as The Tourist with Angelina Jolie and Johnny Depp.

The following guns were used in the film Anthony Zimmer (2005):

Nassaiev's (Daniel Olbrychski) henchmen carry Glock 17s. Nassaiev himself takes for himself in the end.

...to finish off the man he believes to be Anthony Zimmer personally.

Nassaiev's henchmen fire back at the snipers.

A crime scene tech clears and bags a Glock.

An assassin's Ruger Mk II as it comes through the door.

This shot shows the side folding stock.

This one better shows the shape of the magazine.

One of the police snipers is armed with a suppressed SIG SG 550 SR.

A policeman is armed with a Beretta 92FS It is the only weapon used in the opening raid that can be IDed.

Another police sniper is armed with what appears to be an AR-15 based sniper rifle.