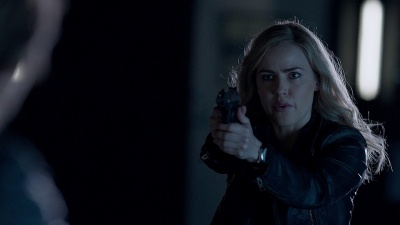 Amanda Schull holds a Beretta 92FS as Abbie in I Am Wrath.

Amanda Schull is an American actress well known to television audiences for her roles as Katrina Bennett in the series Suits and as Dr. Cassandra Railly in the SyFy television series adaptation of Twelve Monkeys. She also has appeared in such films as J. Edgar and I Am Wrath and such television series as One Tree Hill and Murder in the First.