All Eyez On Me 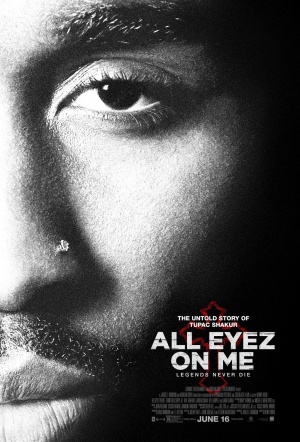 All Eyez On Me is a 2017 biographical film that the chronicles the life of the late rapper Tupac Shakur. The film was directed by Benny Boom and the cast included Danai Gurira, Lauren Cohan, Hill Harper, and Demetrius Shipp Jr. as Shakur.

The following weapons were used in the film All Eyez On Me:

The Glock 17 is seen in the hands of law enforcement and several gangsters in addition to Tupac Shakur (Demetrius Shipp Jr.).

The Glock is pulled by a gangster.

A plainclothes officer pulls his M1911A1 during a confrontation with Tupac.

A performer uses an M1928 Thompson during a concert.

A performer uses an M1928 Thompson during a concert.
Retrieved from "https://www.imfdb.org/index.php?title=All_Eyez_On_Me&oldid=1126777"
Categories: