The Adventures of Sherlock Holmes and Dr. Watson: The Twentieth Century Approaches (Priklyucheniya Sherloka Holmsa i doktora Vatsona: Dvadtsatyy vek nachinaetsya) is a Soviet 1987 (filmed 1986) mini-series, the fifth and final part of 1979-1987 TV series Priklyucheniya Sherloka Holmsa i doktora Vatsona, a screen adaptation of Arthur Conan Doyle's works, directed by Igor Maslennikov and starring Vasily Livanov as Sherlock Holmes and Vitaly Solomin as Dr. Watson. It contains two feature-length episodes, based on The Adventure of the Engineer's Thumb, The Adventure of the Second Stain, The Adventure of the Bruce-Partington Plans and His Last Bow.

A Webley .455 Mk VI revolver is used by Sherlock Holmes (Vasily Livanov). This revolver appeared only in 1915 so it doesn't fit even for pre-Great War era. 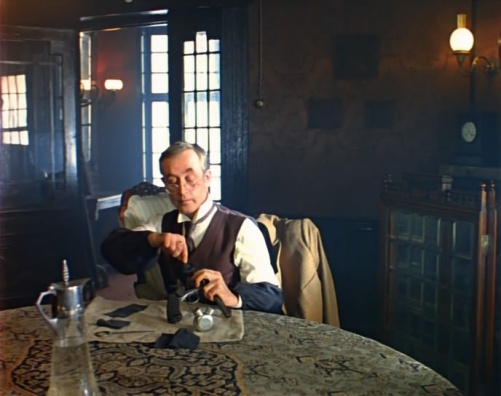 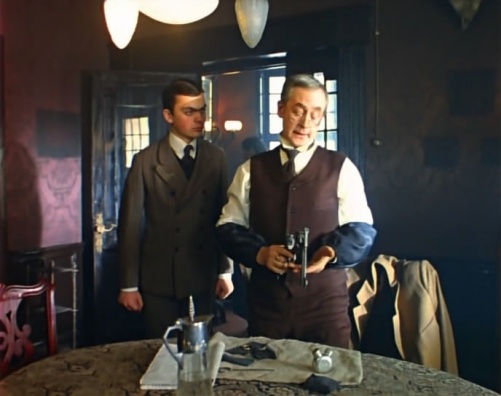 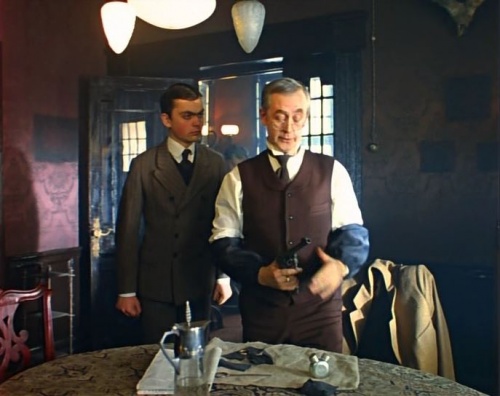 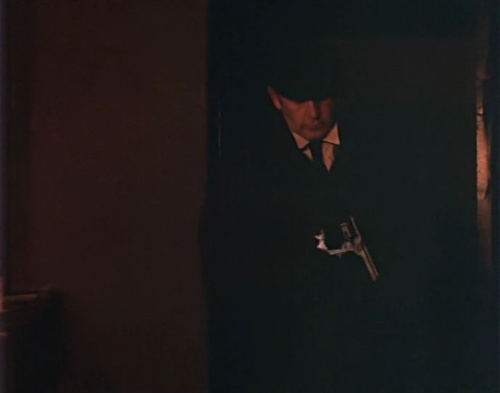 Holmes holds his Webley during the arrest of Col. Valentine Walter. 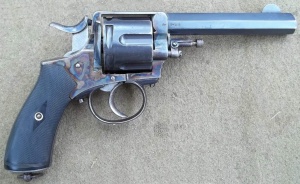 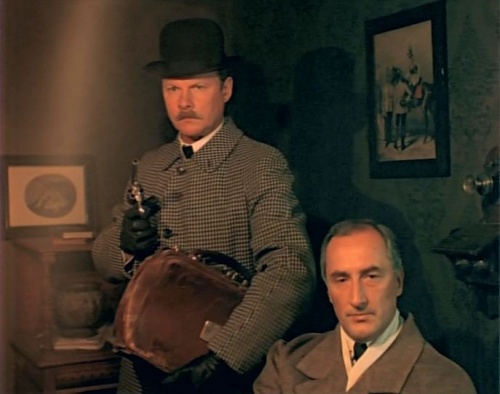 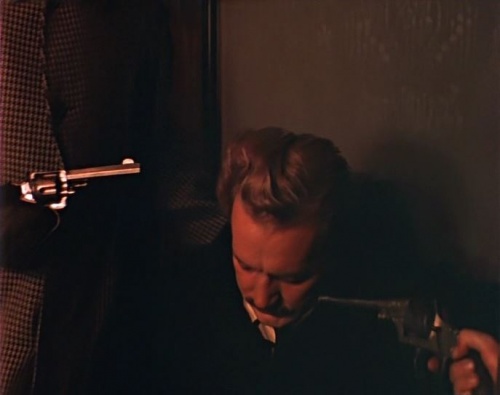 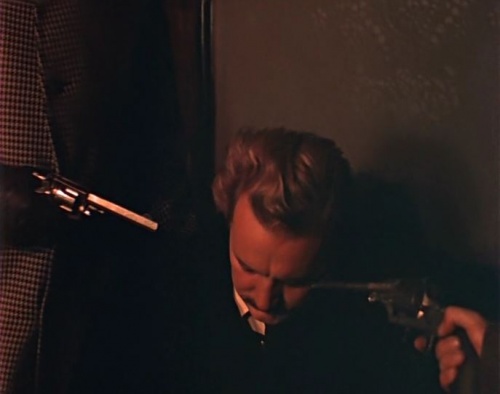 Watson holds his revolver during the arrest of Col. Valentine Walter. 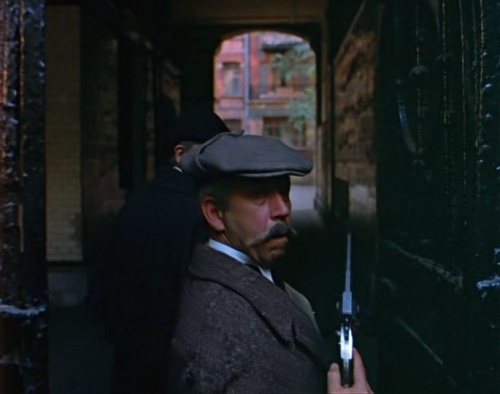 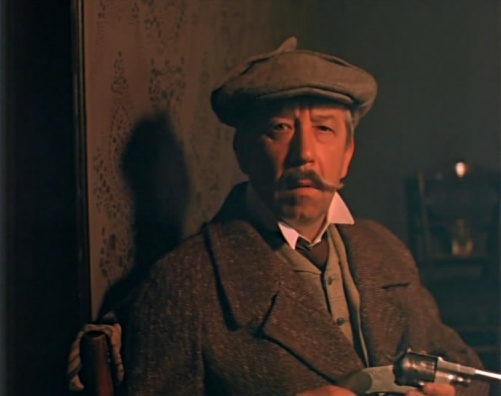 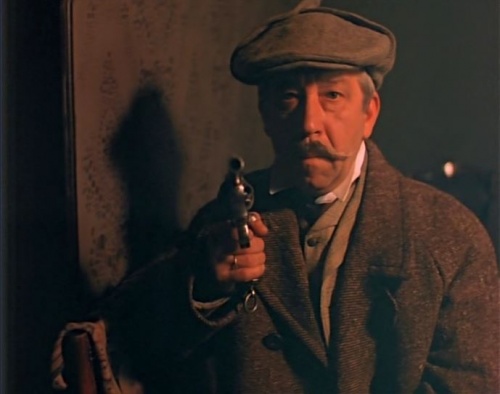 Lestrade holds his revolver during the arrest of Col. Valentine Walter. 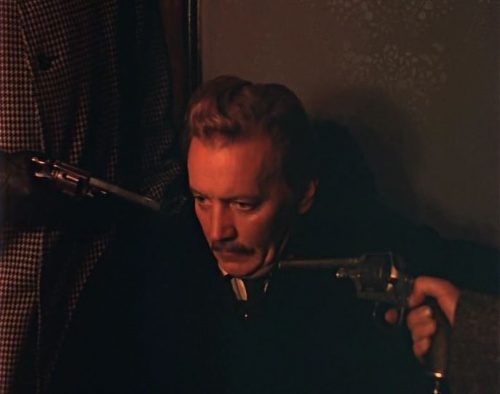 Watson and Lestrade hold Watler at gunpoint with their revolvers.

German spy Von Bork (Leonid Kuravlyov) is seen with an FN Model 1922 pistol, not fitting for 1914 when the story is set (although it can stand for its predecessor, FN 1910). 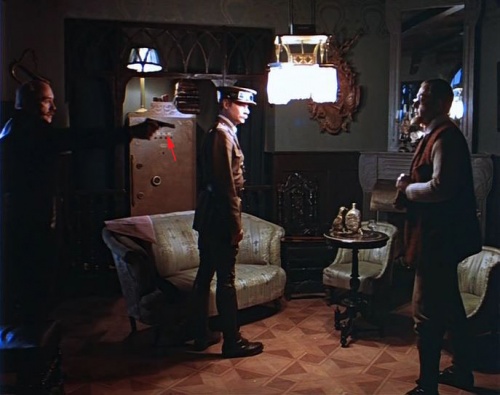 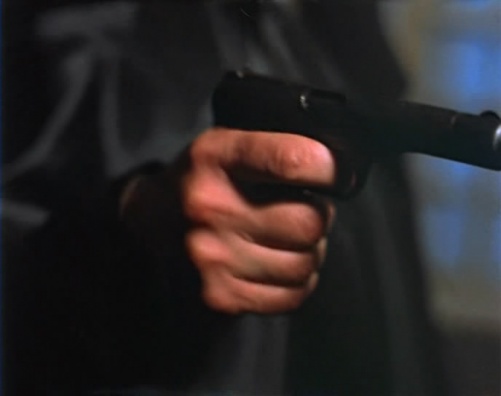 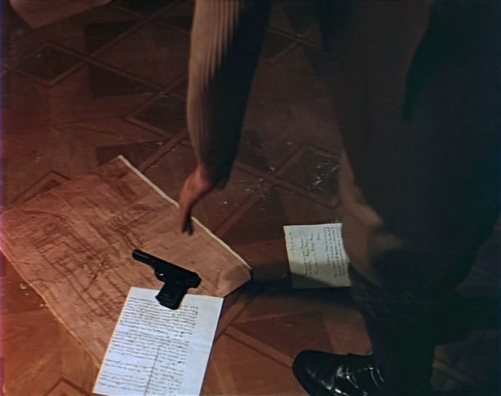 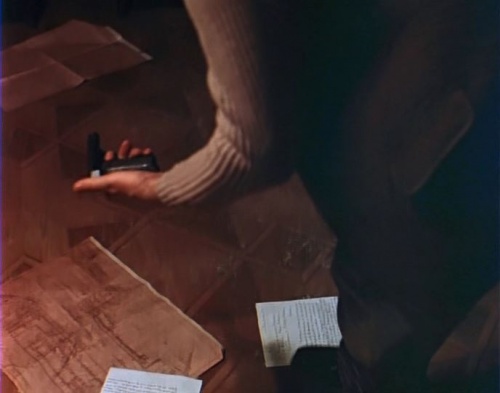 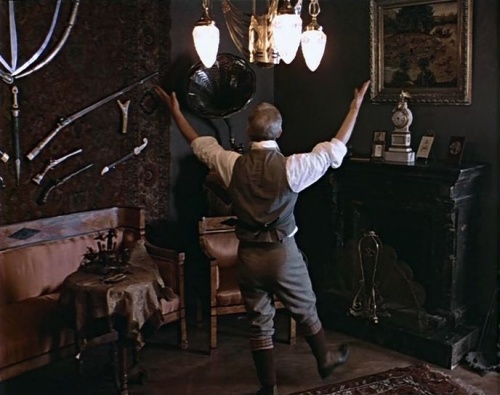 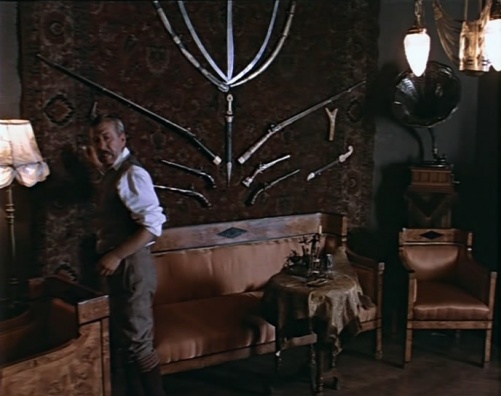 Eduardo Lucas' weapon collection is seen on the wall. It contains two flintlock muskets and four flintlock pistols together with numerous swords and daggers. A pistol on top at the right appears to be a kind of "knee pistol" with a small buttstock instead of a grip. 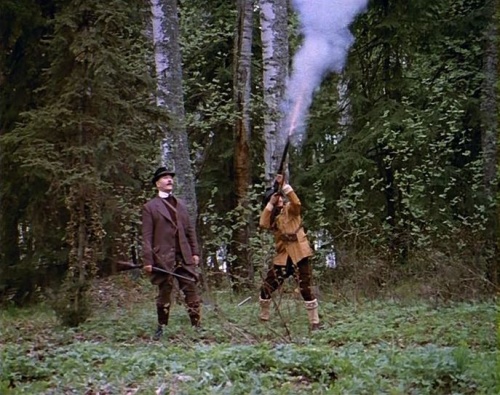 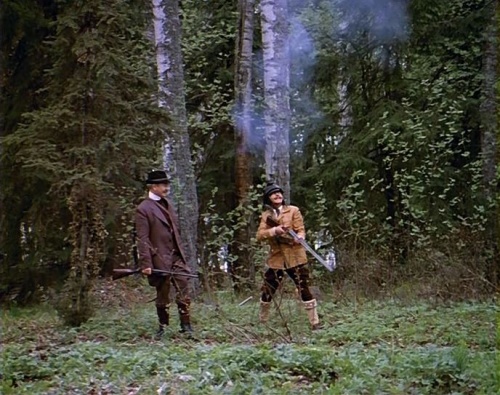 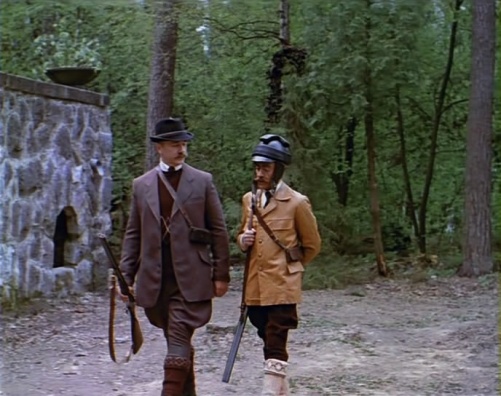 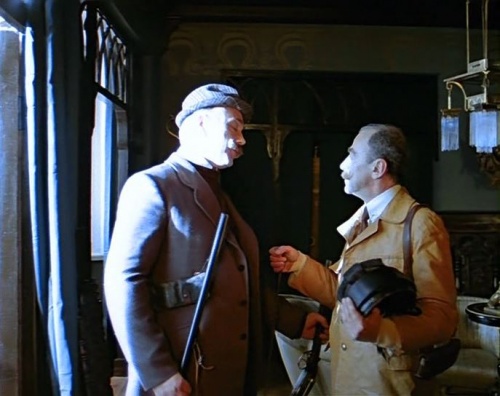 Eduardo Lucas' weapon collection is seen on the wall. It contains two flintlock muskets and four flintlock pistols together with numerous swords and daggers.

When Sherlock Holmes reads a telegram from his brother Mycroft that tells that "all the King's men" are at his disposal duirng the investigation of the case of stolen diplomatic letter, a documentary footage on background shows Vickers Medium tanks that appeared only in 1920s. 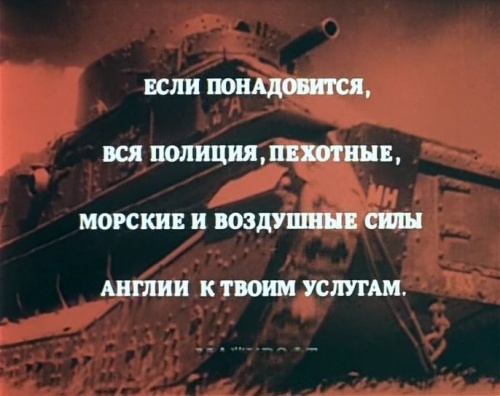 A Vickers Medium Mk I. The barrel of main gun is shorter and of larger caliber that a standard 3-pounder (47 mm) gun, so this is a rare CS (close support) version, armed with a 15-pounder 3.7 inch (94 mm) howitzer. 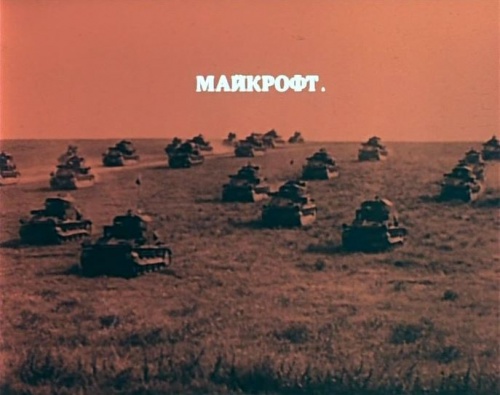 A group of Vickers Medium tanks. 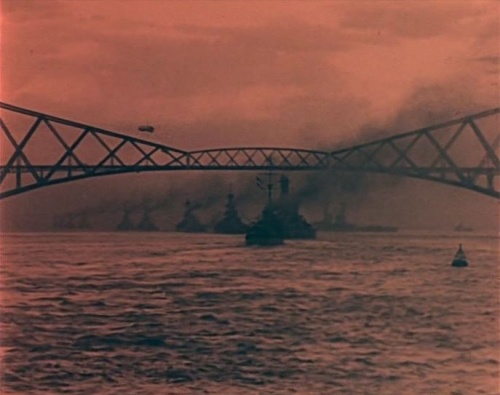