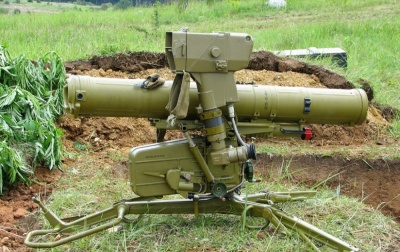 Since the two systems use an identical launcher (except the baseline 9P135, which cannot fire the AT-5), the only useful way to tell the two apart when ground mounted is by differences in the launch tube. 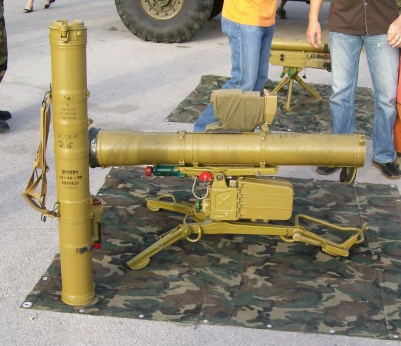 AT-4 Spigot (left) and AT-5 Spandrel (right, mounted) launch tubes. Note the AT-5's rear section is flared like the back end of a recoilless rifle while the AT-4's is not, and that the end covers of the AT-5 are black rather than the same colour as the tube. The AT-4 tube also has distinct bulges along its length while the AT-5 is of fairly uniform thickness, and has a smooth surface texture rather than the rough look of the AT-5.