Witch: Part 1. The Subversion, The

The Witch: Part 1. The Subversion (Korean: 마녀; Manyeo) is a 2018 South Korean science-fiction mystery thriller about witchcraft with major influences from Elfen Lied and Gokukoku no Brynhildr mangas.

The following weapons were used in the film The Witch: Part 1. The Subversion:

An injured bodyguard tries to pull the Glock...

...which is captured by magic powers...

...and turned against its owner by Nobleman (Woo-sik Choi)

The guard executes a test subject with his Glock during a flashback.

At least two of the guards are armed with the Beretta 92FS pistol during the raid on Goo's farm. The Witch Ja-yoon (Kim Da-Mi) captures one and fires it several times. 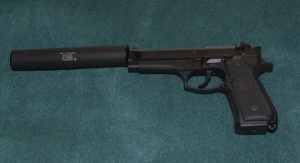 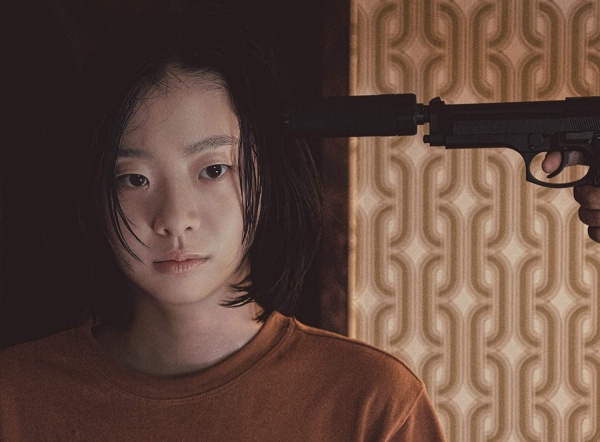 A promotional shot of the Beretta, pointed at Ja-yoon.

The guard holds Ja-yoon at gunpoint with his Beretta.

A slightly different view of the same scene.

Another guard pulls a similar looking Beretta (pointed by the red arrow), while the Beretta of the first guard can be seen at the top.

A Glock 17 (Converted to Full Auto) pistol is a common sidearm of the guards. The Witch Ja-yoon (Kim Da-Mi) and Nobleman (Woo-sik Choi) capture two of these pistols and fire them many times. 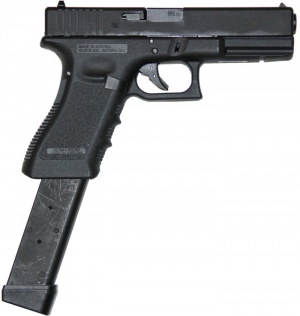 The Witch Ja-yoon holds the Glock, captured from the guard during the scene at Goo's farm.

The Witch Ja-yoon aims her Glock during the shootout in the lab.

The lab's guard drops his pistol, being shot to death by Ja-yoon.

A perfect view of his Glock on the floor.

Nobleman aims his Glock during the final shootout with Ja-yoon.

Mr. Choi's (Hee-soon Park) sidearm of choice is a Desert Eagle Mark I. 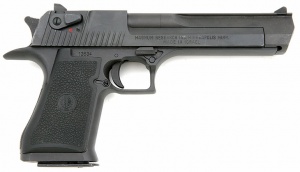 The Desert Eagle is aimed by Mr. Choi.

Mr. Choi (at the background, center) holds his Desert Eagle.

Mr. Choi and Witch Ja-yoon hold M1911A1 pistols in promo shots and posters, but not in the movie itself. 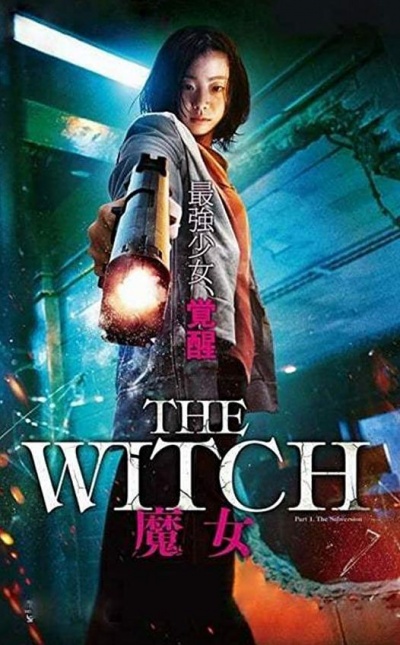 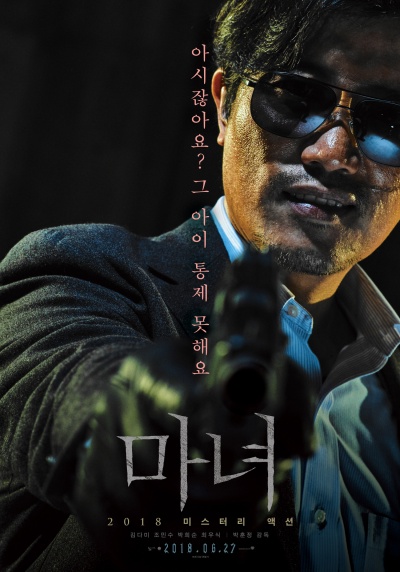 Mr. Choi aims the pistol in a promo shot.

Police officers can be briefly seen with a holstered revolver.

Numerous guards and Mr. Choi's mercenaries are armed with the Benelli M4 Super 90

The guard aims his shotgun during the raid on Goo's farm.

Both guards drop their shotgun, being gunned down by Ja-yoon.

The guard runs, shotgun in hands.

Mr. Choi's mercenary fires his shotgun in the background.

Two shotguns can be seen on the floor near their now-deceased owners.

A mercenary is killed by English-Speaking Witch (Jung Da-Eun), but still holds his shotgun.

The shotgun (1) is seen on the floor.

Two mercenaries (in the background, center) aim the shotguns.

Two mercenaries (at the left) fire their shotguns.

What appear to be AKM rifles with various aftermarket attachments and modern tactical furniture appear in the hands of several of Mr. Choi's mercenaries.

A mercenary runs, AKM in hands.

A mercenary (second from the left) aims his rifle.

A mercenary in the background aims his AKM. Mr. Choi holds the Desert Eagle in the center.

Two mercenaries (in the center, left and right) aim their AKMs.

Two mercenaries (at the right) fire their AKMs.

Another view of their armament.

At least two of Mr. Choi's mercenaries use M4A1 rifles with vertical foregrips.

Two mercenaries at the right aim their M4A1s. The one at the left aims the Benelli shotgun.

A dead mercenary at the top left still holds the M4A1.

An M4A1 rifle is seen on the floor.

A crossbow was used by the lab personnel during the flashback tests.

Another view of the same scene.
Retrieved from "https://www.imfdb.org/index.php?title=Witch:_Part_1._The_Subversion,_The&oldid=1386354"
Categories: