Talk:Lupin the 3rd vs. Detective Conan: The Movie 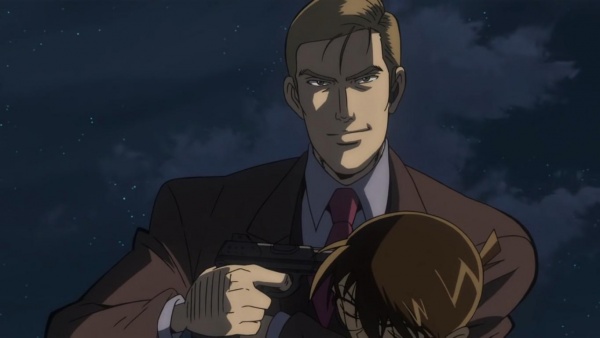 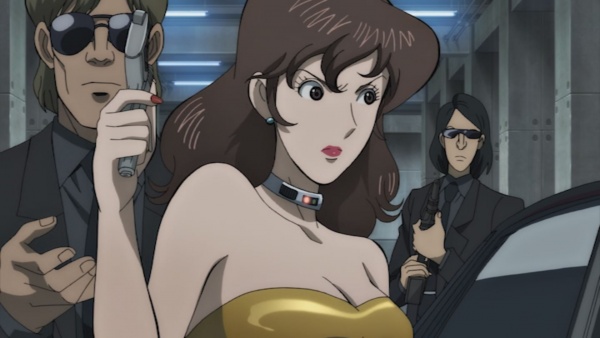 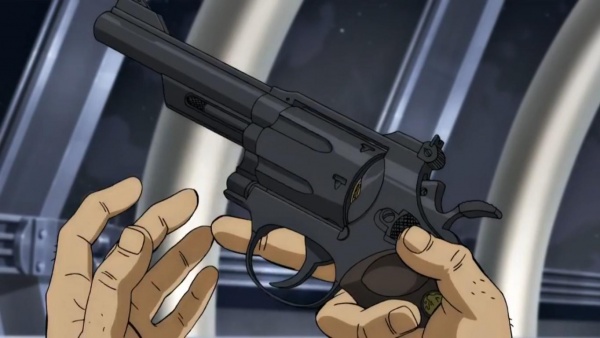 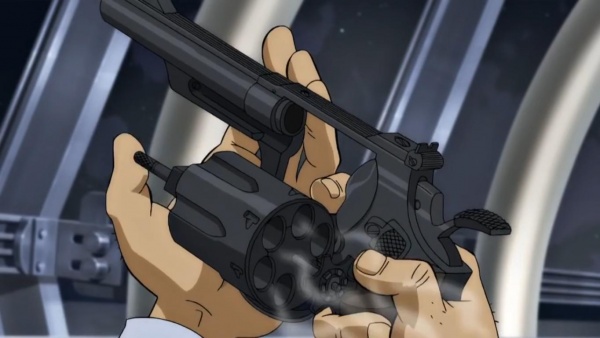 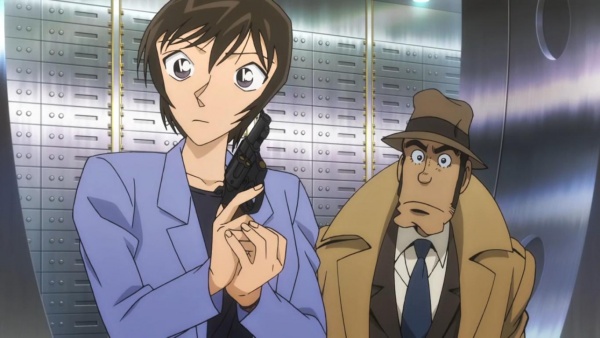 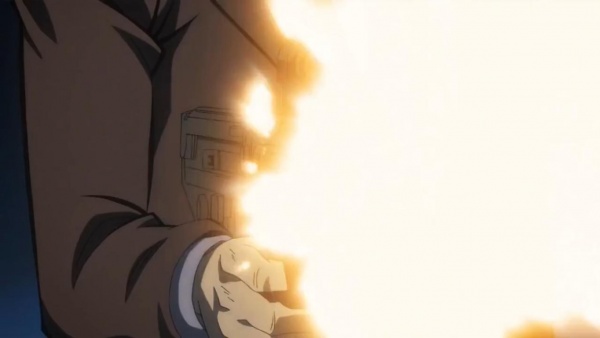 Unidentified machine gun bears some resemblance with M85C, a version of M85 heavy machine gun with spade grips. But the screen gun has a shorter barrel. Greg-Z (talk) 02:10, 19 June 2015 (EDT)

I'm thinking what actually happened was the artist who drew the keyframe realised a Browning M2 barrel would be too long, erased it, realised it looked silly that short and stuck a Mk 19 grenade launcher flash hider on the end and called it good. Evil Tim (talk) 21:56, 19 June 2015 (EDT)

My two cents on the last unidentified pistol - between the scope/laser sight above the slide, and general shape of the front of said slide and the grips, it might be an AMT Hardballer. Kadorhal (talk) 22:01, 19 June 2015 (EDT)

I concur. That said, I also agree with the above remark that the unknown automatic is supposed to be the same AMT Hardballer from The Terminator, especially with the old Laser Products sight mounted on it. Pretty sure I myself mentioned this before, actually. Bah. Also, the Model 10 is more likely a Model 13, it lacks the cylinder gap that would be on the .38 only Model 10. That and 3" Model 13s were the last revolvers used by FBI - I note this since it's carried by 'FBI Agent Jodie Starling' (gee, wonder what that's based off of..) StanTheMan (talk) 13:42, 1 January 2017 (EST)