I am fairly certain that the Kimber he has is a Pro CDP not a Crimson Carry,

The rifles used by the CHinese soldiers are M1 Garands. It is not that clear in the actual show, but there is a behind the scenes image that shows them more clearly, along with the Iron Fist costume worn in the footage: 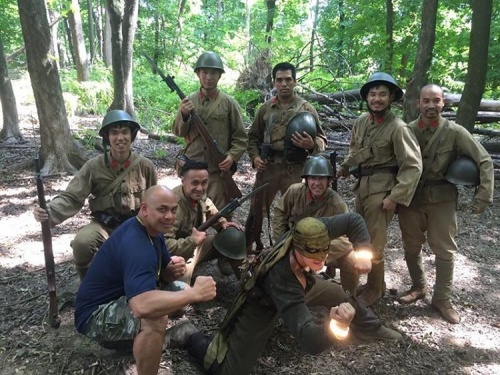