Alfred Hitchcock references 22 calibre revolver in his audio single in situation ressembling this one, that i'm writing about. I decided to use this calibre, cause that's everything that i know about Hitchcock's revolvers. I'm total idiot in maths, physics and chemistry (instead i good in languages and other things), so i don't know much about calibres. :) There was also guns used by Hitchcock - the revolver witch he used to kill his translator and also a duel pistol, but i didn't have this episodes on any kinds of video. :( Video of the described in article moment was originaly from YouTube. --Kloga 19:20, 2 April 2010 (UTC) 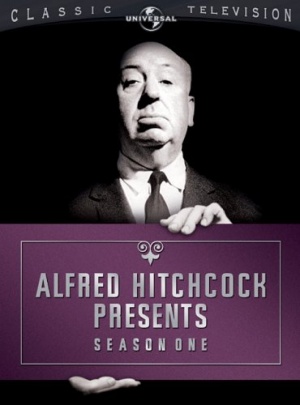 In his opening remarks for the Season 1 episode "A Bullet for Baldwin" (S1E14), Alfred Hitchcock is seen holding a nickel Smith & Wesson Schofield revolver, that he calls a "handy applicator" for the "cure for insomnia" that comes in "capsule form" (bullets). In the actual episode, Benjamin Stepp (John Qualen) is seen taking out the revolver when he finds out that he's been fired. 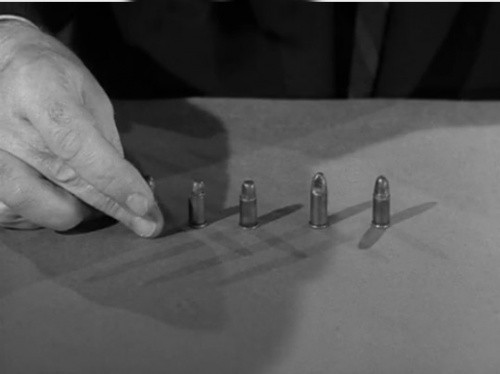 "It comes in capsule form. For best results it must be taken intunnely.". 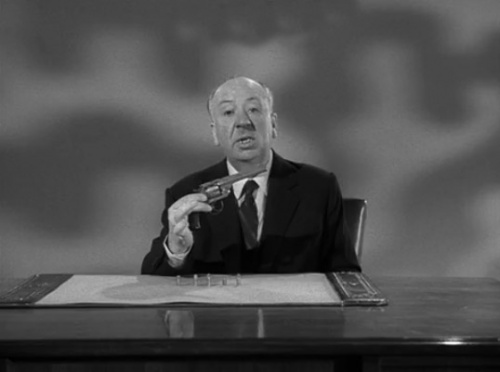 "Here is the handy applicator. It is an amazingly simple device. An idiot can operate it and indeed many do". 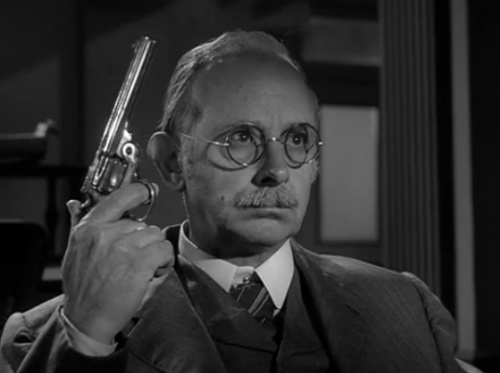 In Season 1's "A Bullet for Baldwin", Benjamin Stepp (John Qualen) is seen taking out the revolver when he finds out that he's been fired.
Retrieved from "https://www.imfdb.org/index.php?title=Talk:Alfred_Hitchcock_Presents&oldid=1032565"