How many more times can they keep this up?

The problem with thriller shows/movie franchises like 24 (i.e., thriller-type) is that every new installment has to top the previous one, otherwise viewers get bored. We've all seen the CTU getting bombed and nerve-gassed, suspects losing digits, etc. Our friend Jack normally faces a "ticking bomb" scenario a whopping 12 times a day on average just to keep the tension running (and viewers paying attention)! What's next, our friend Jack doing the unthinkable and actually talking down a terrorist (possibly with a dead man's switch and catching Jack without a gun) without resorting to violence? I'd be content if he even managed to successfully complete his mission this time around without using any of his famed "Jack Bauer Interrogation techniques."--Mazryonh (talk) 14:29, 10 March 2014 (EDT)

They probably would've made a ninth season after Season 8, but Fox thought it was too expensive. I'm sure the ratings were there. --Funkychinaman (talk) 15:05, 10 March 2014 (EDT)

4 years ago was when the financial crisis was in full swing, so it's likely that Fox had "budgetary reasons" in mind. But make no mistake; there will almost certainly be a torrent of negative online reaction either way for this new season. If it doesn't top the previous seasons in some "pleases everyone" manner, people will say "this is just Season X 2.0." If it does rely on a massive twist or the like, people will say that it was uncalled-for or gratuitous. They can't really win with these people. Besides, doesn't tension like 24's eventually run into diminishing returns due to the limited dramatic opportunities allowed by the clock and the focus on terror? I'm sure many (former) fans will greet the new season of "it's 8 PM and Jack Bauer is facing his 10th ticking bomb scenario" with "Yeah, so?". He's been shot up, blown up, left to die in a torture-using prison before being "sprung", etc. How much more suffering and tension can we watch on this show and still be hankering for more while not being fanatics about the show? Sooner or later people start blocking this out and become inured to it, just as is the case in real life. --Mazryonh (talk) 16:00, 10 March 2014 (EDT) 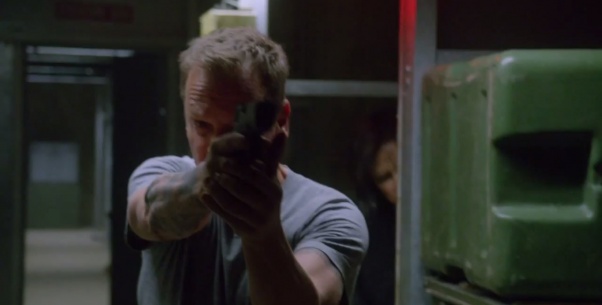 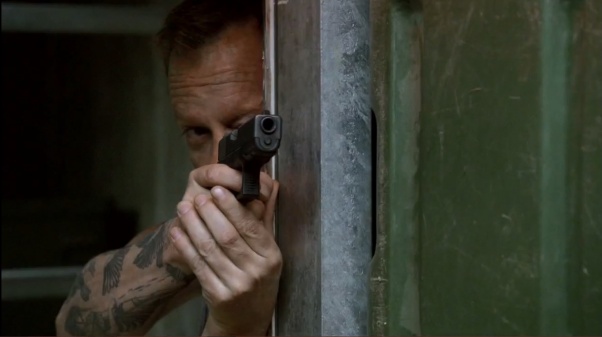 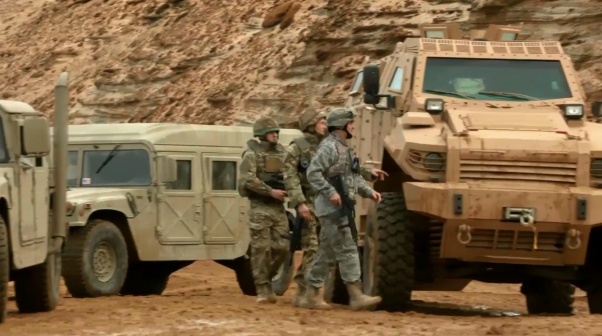 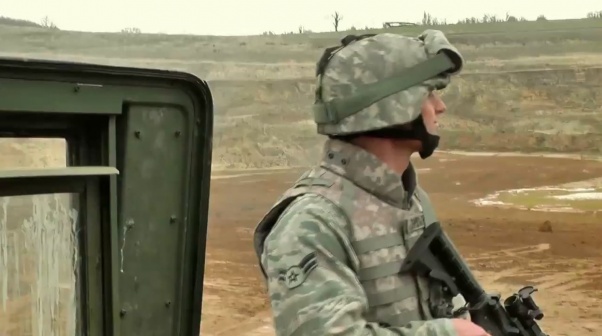 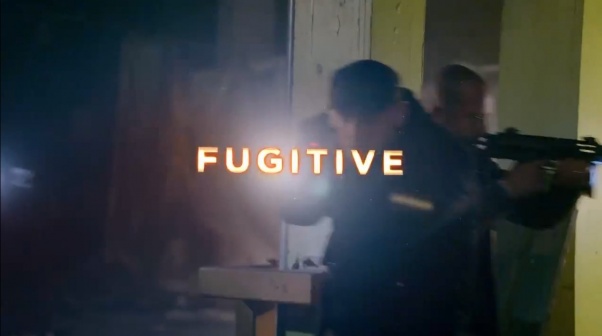 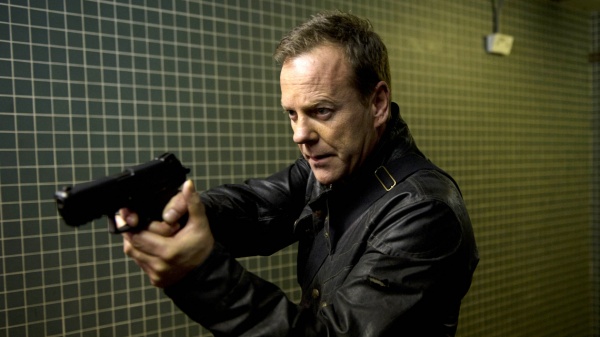 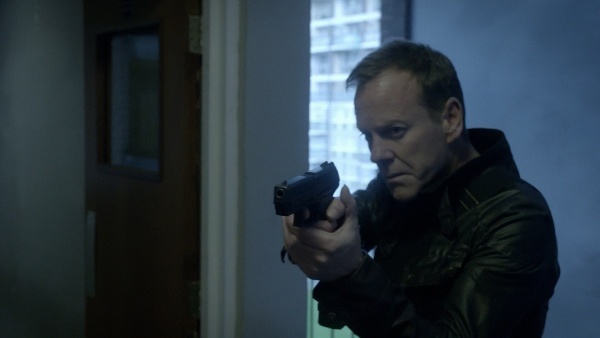 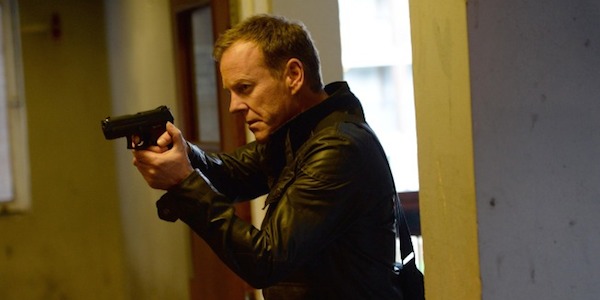 Jack Bauer draws his P30 in a production image. 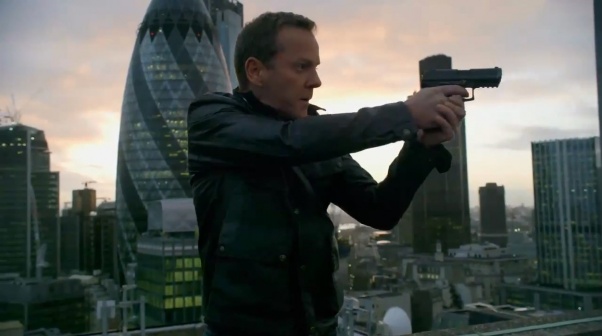 M84s are seen throughout the season as distraction devices. 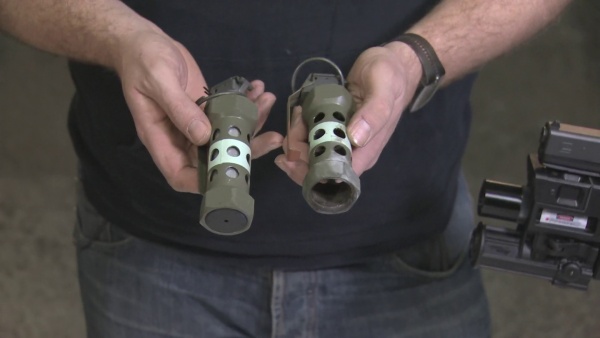 Damian Mitchell shows off two unused M84s from the "Jack is Back" Special episode.

The Cornershot is first seen in the "Jack is Back" Special episode. 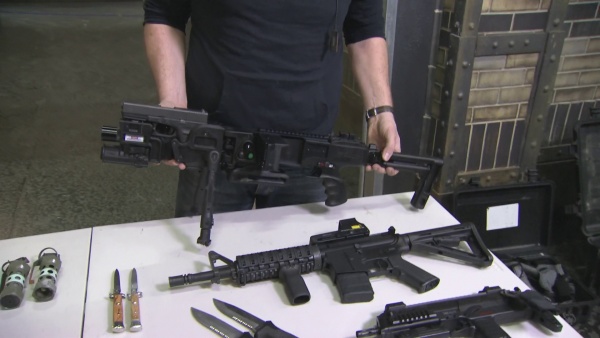 Damian Mitchell shows off a Cornershot with a mounted Glock 17 from the "Jack is Back" Special episode.

I haven't got around to watching this yet, but are the back two guys in this image supposed to be British? 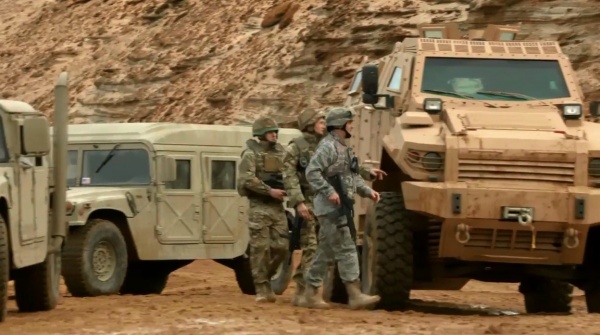 The helmets caught my eye as they look like they could be the current Mk7 helmet, and then when I looked closer the guy in the middle appears to have an L85 with a railed handguard. --commando552 (talk) 19:13, 6 May 2014 (EDT)

I've seen it now, they both have the current(ish) version of the L85A2 with the ACOG on cantilever mount, mini red dot, DD railed handguard and Grip Pod. This is one of the only anywhere near accurate depictions of modern British soldiers that I can remember seeing in TV/movies as they have the correctly modded rifle, MTP camo (or multicam, can't really tell the difference), Mk 7 helmets and Mk 4 Osprey vests with correct British pouches. Only obvious mistake (to me anyway) is that big open patch of velcro at the front of both of their vests which should either be covered by a cummerbund if you want side plates, or an "OPS panel" if you don't. I guess the props guys just got the vest and pouches and didn't realise that they needed and extra piece to make it work properly. And I suppose you also have the error that the USAF guys are tooling around in a Streit Typhoon, but I imagine MRAPs are hard to get hold of so you can't be too picky. --commando552 (talk) 19:14, 7 May 2014 (EDT)

Well the truck can be excused, since this seems to take place in a sort of very near future setting, even though its meant as our days, notice how the main drone seemed to be a sentinel and it was implied to be the only one in use. --Iceman (talk) 05:22, 8 May 2014 (EDT) 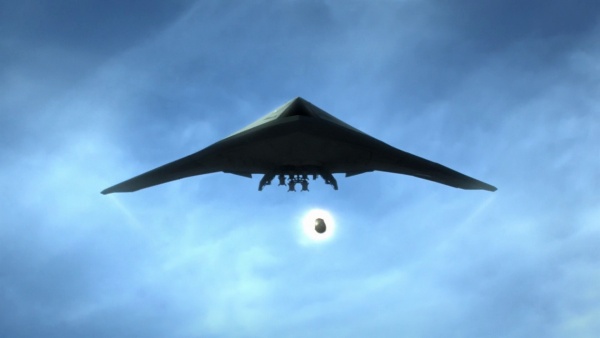 I thought the Sentinel was a nice futuristic touch (if memory serves, this series should be set in about 2020 if you follow the progression from series to series assuming the first was set in 2001), until they referred to it as an MQ-1 Predator in the dialogue. --commando552 (talk) 06:18, 8 May 2014 (EDT)

It could be the same rifle shown by the armorer (also seen in the picture on the page)since its next to MP7 and if I remember he also said it was one of the weapons used by the CIA on the show I mean --Iceman (talk) 02:41, 16 May 2014 (EDT)

Does it drive anyone else nuts that Kiefer Sutherland never practices trigger discipline? You'd think after ~13 years of playing a super badass, he would learn some basic gun safety. What's really funny though is most of the extras DO have trigger discipline. --Animalmenace (talk) 01:22, 8 May 2014 (EDT)

It's bugged me too, but also when Kiefer blinks while shooting. There must be a weapons expert or someone similar on set who trains the extras. I wonder if it's a deliberate thing that Jack always has his finger on the trigger because he's just that well disciplined not to accidentally fire off a shot.--Thomas (talk) 09:57, 8 May 2014 (EDT)

Cup and saucer is worse in my eyes, but its the problem with most shows/movies, there a few excelent ones strike back comes to mind, but we can't really complain that much they are actors, and trigger discipline ,proper grip and all else has to be learned ,most of them think they are badasses from having 2 hours of weapons hth training, look at interviews. OK Cruise has learned a lot during his movies and probably some others, but it has to be their effort or they have to have long training sesions like they did on SB with ex-SAS guys training them of set. --Iceman (talk) 05:55, 10 May 2014 (EDT)

Kate takes a compact gun from one of her torturers and uses it to kill the other one. I remember thinking at the time that it was an M&P compact but there wasn't a clear enough shot of it. Does anyone know what it was? --SmithandWesson36 (talk) 03:12, 11 June 2014 (EDT) 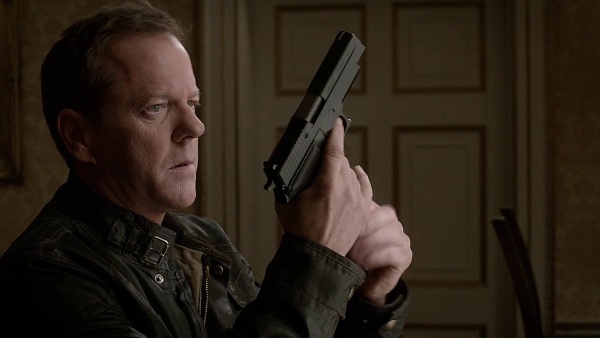 Good work on the page. Just want to point out, in the finale, one of Cheng Zhi's men had a Beretta 92FS Inox which can be seen just before Jack takes down Cheng Zhi. As for the sniper rifle, it looked very similar to a Bushmaster ACR in terms of configuration. --Alienqueen11 (talk) 05:34, 18 July 2014 (EDT) 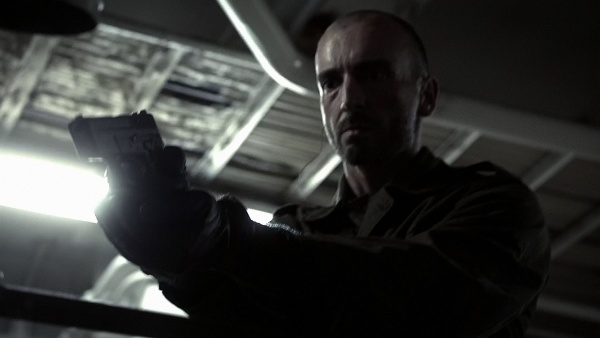 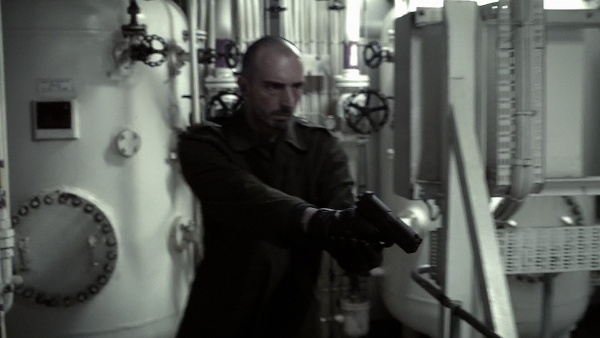 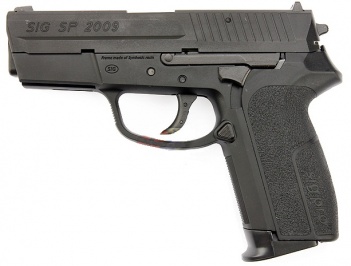 USP Compact Cameo missed out on

It would have been nice to see Jack's old USP Compact make a Cameo somewhere, It's as iconic as Die Hard's Beretta. The SIG P226 that Jack was offered could have been the USP Compact, with Jack passing on it and asking for his P30 back instead.

I think it's a Bushmaster rather than a Remington. It's hard to see because of the lighting and graininess, but the ACR used appears to lack a third fire selector pictogram on the lower receiver. Spartan198 (talk) 22:32, 14 November 2016 (EST)