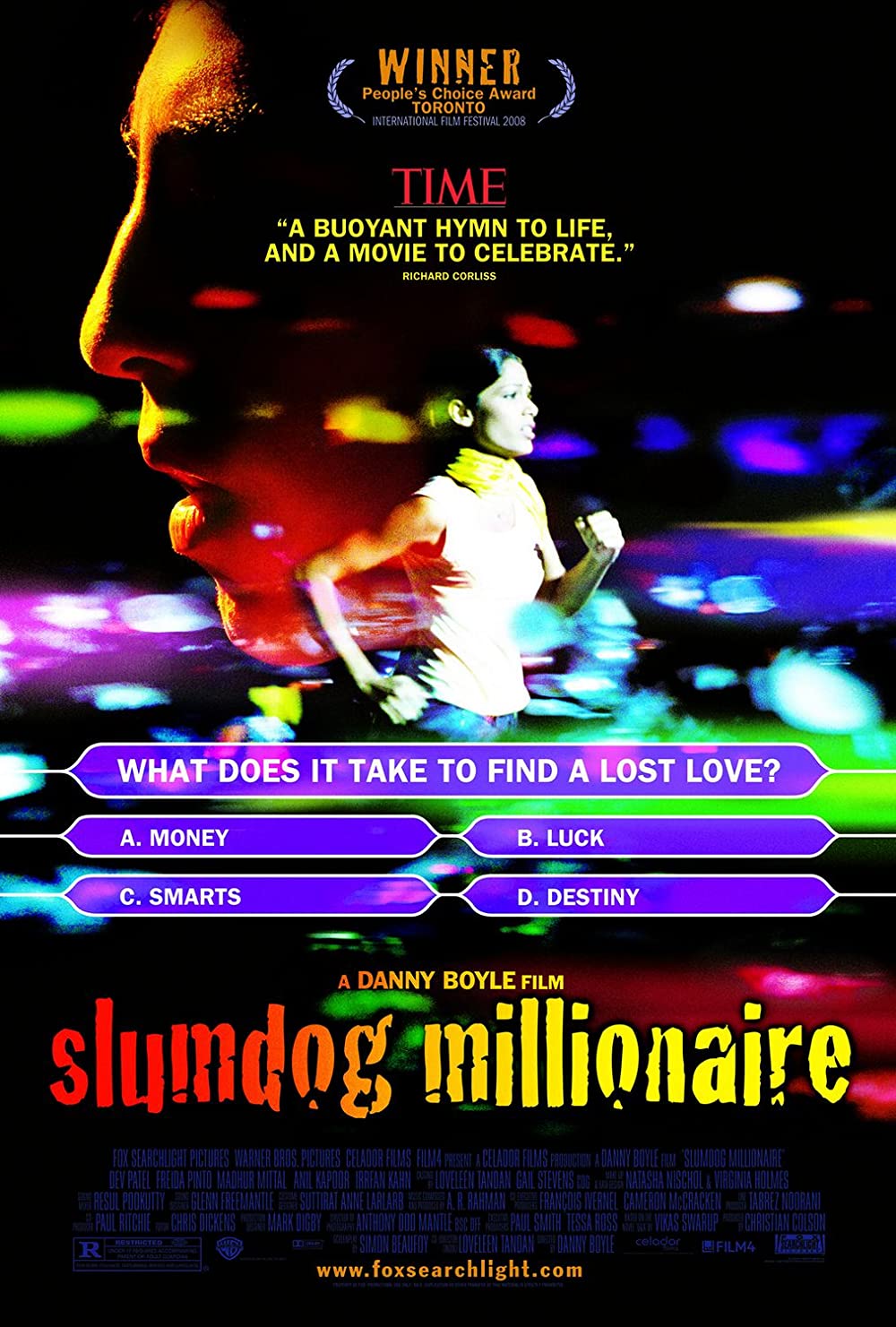 Slumdog Millionaire is a 2008 British drama directed by Danny Boyle and starring Dev Patel, Frida Pinto, Anil Kapoor and Irrfan Khan. The low budget film, which almost went direct to video, went on to be nominated for ten Academy Awards, and would receive eight, including the Awards for Best Picture and Best Director.

The following weapons were used in the film Slumdog Millionaire:

Salim carries a 4 inch barrel Colt Python as his sidearm, which he refers to as a "a Colt .45", an error as the Python fires the .357 ammunition instead of the .45 caliber.

A young Salim with his Colt Python aimed at Maman.

Salim with his Colt in a flashback.

Salim threatens Jamal (Tanay Chheda) with his Python, calling it a "Colt .45." This is why Jamal knew the inventor of the revolver was Samuel Colt, and not John Revolver.

A close up of Salim's revolver. The seam in the underlug suggests this is merely a cast replica.

Mumbai police officers escorting Jamal (Dev Patel) to the television station are armed with Ishapore 2A1 bolt action rifles, which is the standard rifle of the Mumbai Police.

The Mumbai police officers in the background with their slung Ishapore rifles.

Two of Javed's henchmen are armed with Beretta 92FS pistols.

One of Javed's men with a Beretta 92FS.

One of the henchmen fires his top-firing Beretta.

The man on the right with a Beretta.

He also has a top-firing Beretta.

One of the henchmen with his M1911A1.
Retrieved from "https://www.imfdb.org/index.php?title=Slumdog_Millionaire&oldid=1257069"
Categories: