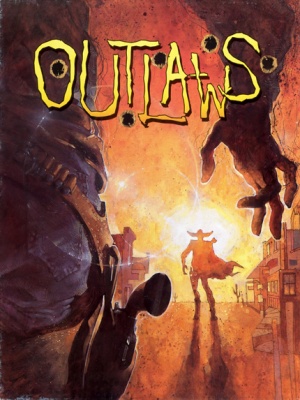 Outlaws is a 1997 Western-themed videogame released by Lucasarts.

The following weapons appear in the video game Outlaws:

Marshal James Anderson (voiced by Jeff Osterhage) uses what appears to be a Remington 1875 as his primary weapon. It was his father's gun, and his daughter Sara (voiced by Kath Soucie) also uses it at one point. It features an inaccurate anachronistic swing-out cylinder. While the year the game is set in is never given, Anderson was a kid when he inherited it and was a Marshal 10 years prior to the game's start but it's still the old west so its appearance in flashbacks is likely entirely anachronistic. 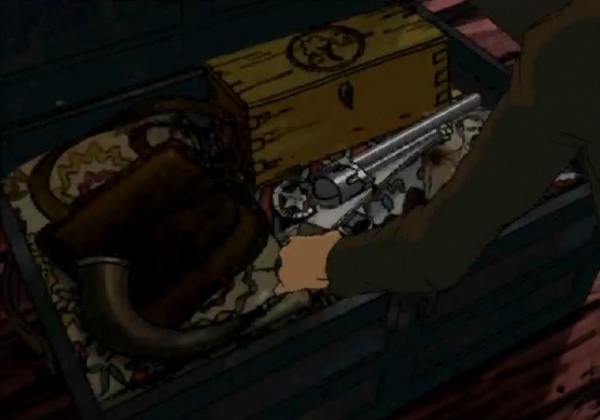 Anderson retrieves his Remington from an old trunk. 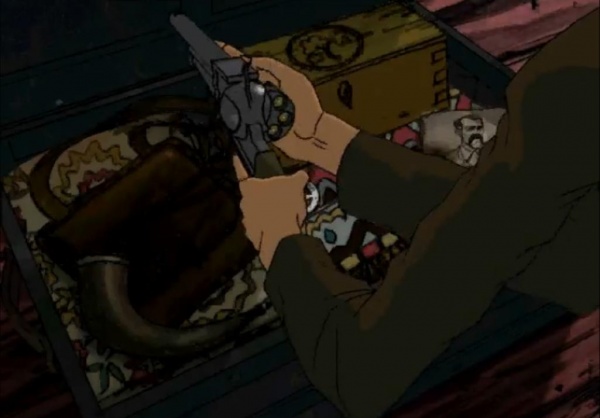 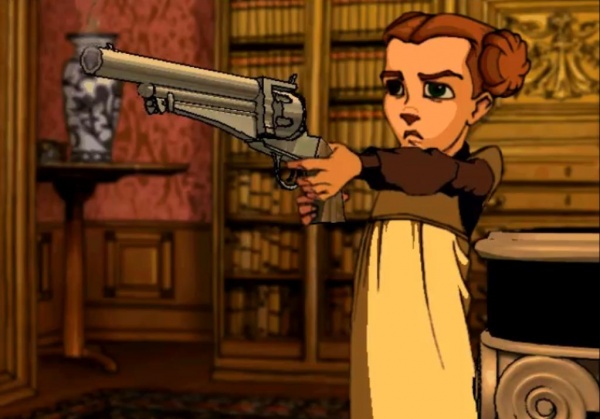 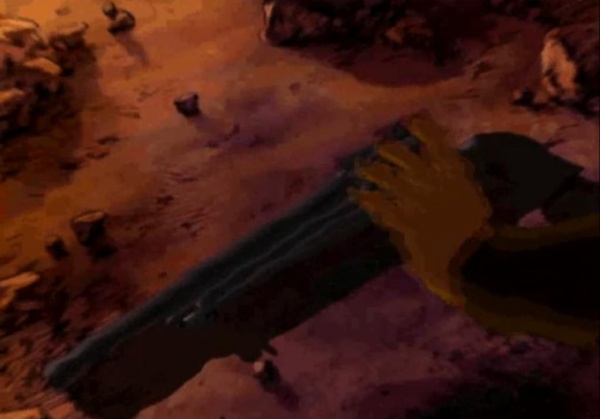 Anderson, as a boy, reaching for his father's Remington. The image is distorted because it's a hazy flashback. 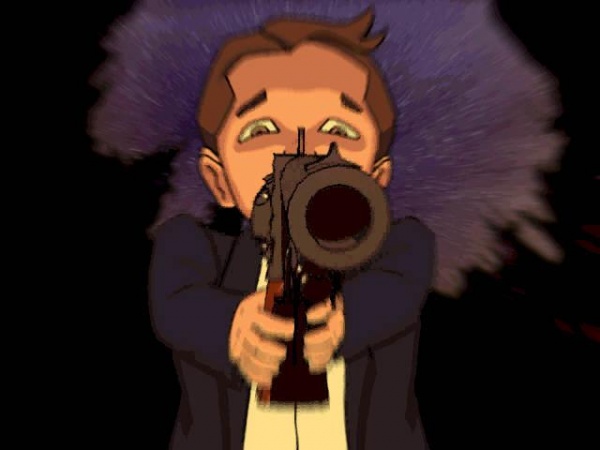 Anderson as a boy aims the massive pistol. 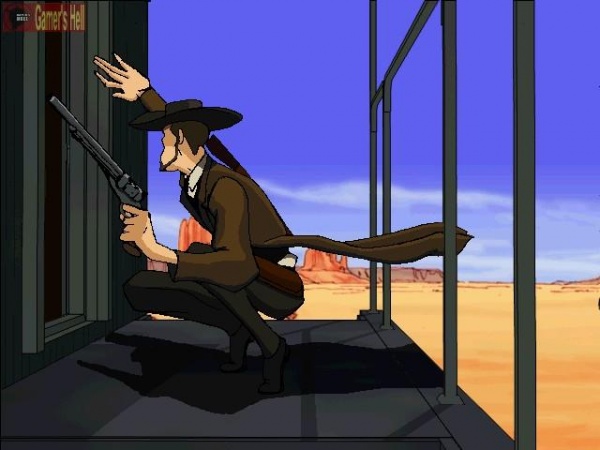 A different view of Anderson's sidearm. This profile looks less like a Remington and closer to the earlier Colts. Possibly because in the other shots the gun is a CG model, whereas in this scene it's hand-drawn. Regardless, Anderson would hardly be the first western hero to have his gun change between scenes.

Matthew "Dr. Death" Jackson (John de Lancie) carries this little gun. It is only briefly seen as Anderson shoots it out of his hand and into a crevice. It is not usable in the game. 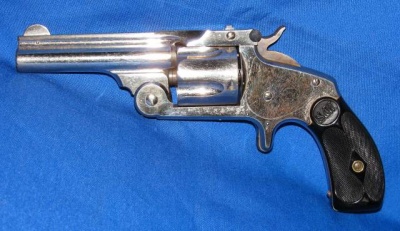 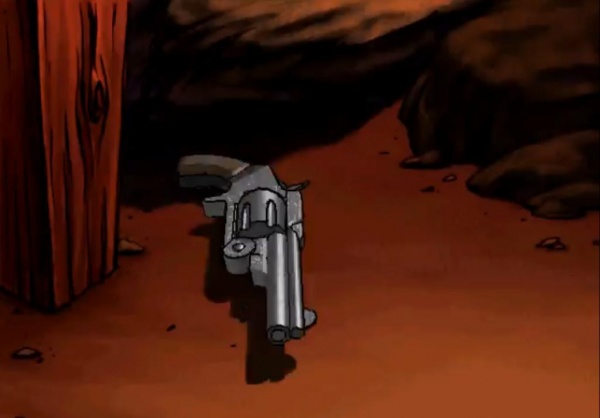 "Slim" Sam Fulton (Cam Clarke) is shown with a Henry 1860 just as he receives his mortal wound from Anderson. It is not usable in the game. 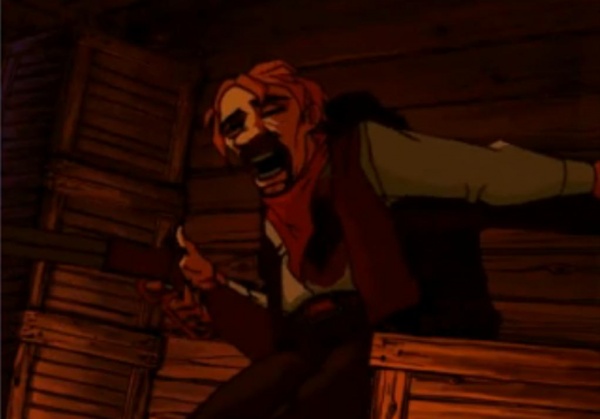 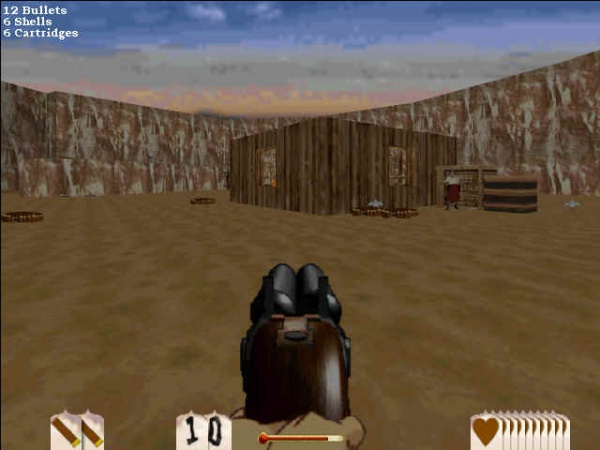