The plot is inspired by the case of Vladimir Ionesyan but generally is far from the real events.

The following weapons were used in the television series MosGaz: 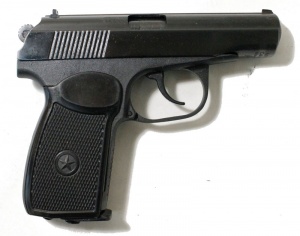 For comparison: MP-654K, early version - .177. Note the lack of the external extractor. Late version of MP-654K have the extractor on place. 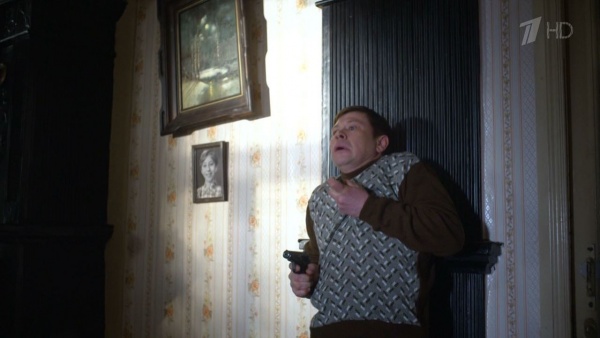 Deadly wounded Permyak holds his pistol. The small bore allows to guess that this is an air gun. 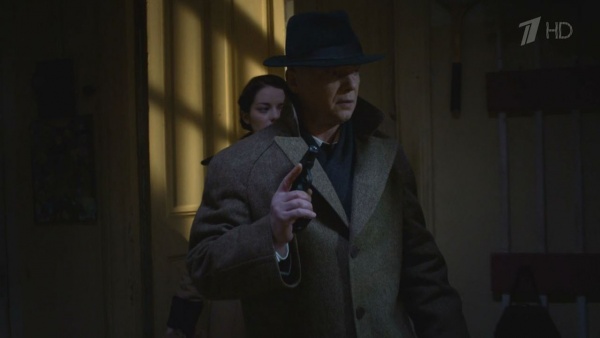 Tcherkasov holds his PM. Again the pistol has the small bore and most likely is an air gun. 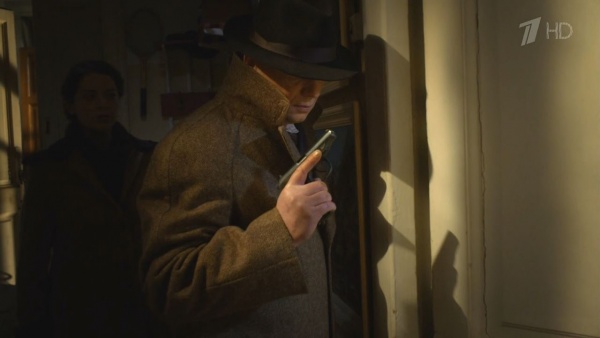 Another view of the pistol. Note the lack of the external extractor. The gun has Baikal logo on the slide. 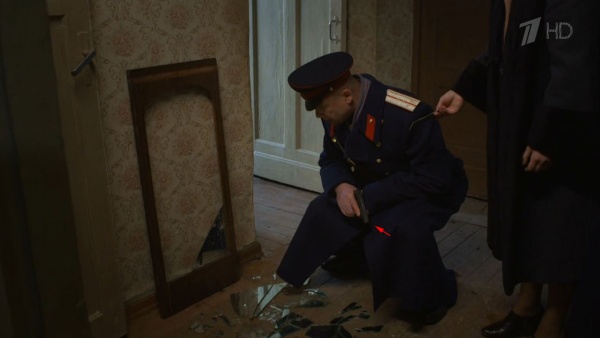 Tcherkasov holds his pistol in another scene.

Militsiya Maj. Nikita Pozhidaev (Yuriy Tarasov) holds a PM that appears to be an original gun or a less-lethal version, like IZh-79, as its slide moves when the pistol fires. Sr. Lt. Aleksey Garkusha's (Aleksey Bardukov) pistol is seen in distance and may be also a real PM or less-lethal IZh. 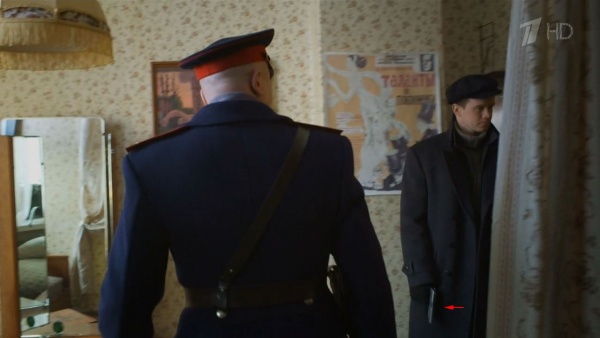 A PM is seen in Garkusha's hand. 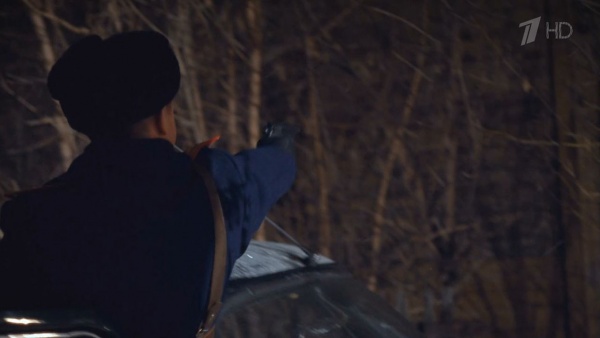 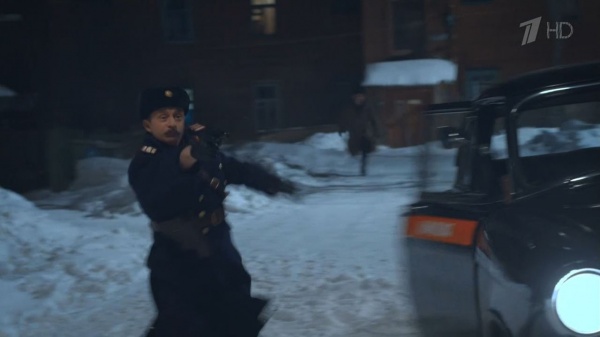 A DP-27 is seen in the prop room of the theater (a strange item for the musical comedy theater). 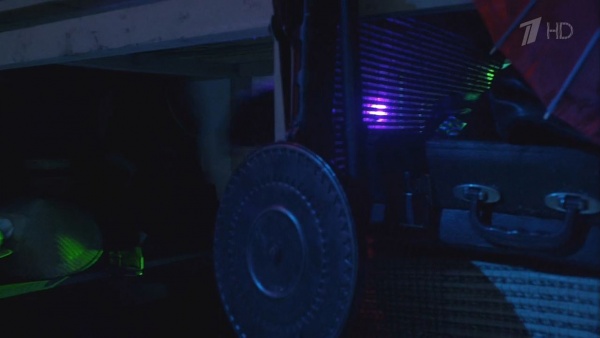 The typical magazine and a part of the barrel is seen.

Tcherkasov gives a pistol to Vasiliy Permyak when sending him on a mission. This pistol turns out to be nothing more than a lighter pistol. When Permyak has to use the gun, it is replaced with a PM (see above). 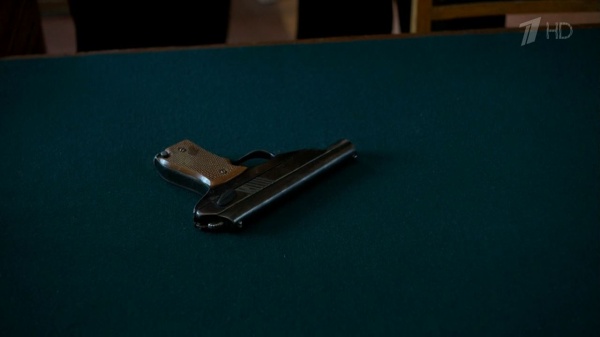