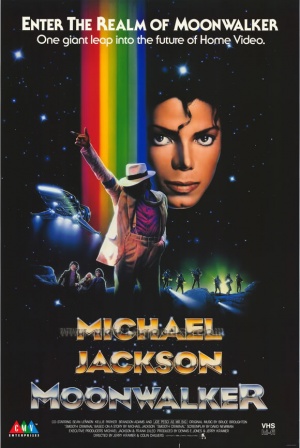 Moonwalker (also known as Michael Jackson: Moonwalker) is a 1988 anthology comprised of short films that featured singer Michael Jackson in various situations set to the songs from his 1987 album Bad. The majority of the weapons seen were in the segment Smooth Criminal.

The following weapons were used in the film Moonwalker: 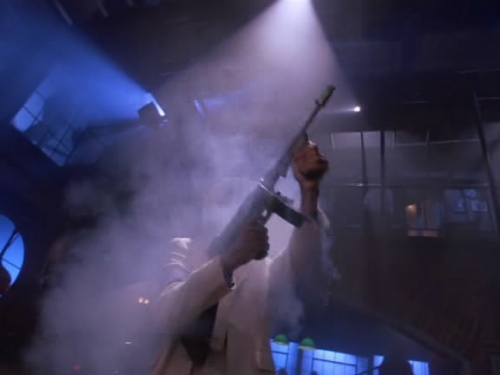 Mr Big's troops carry HK94s with custom shells to make the weapons appear more futuristic. The plastic shells, which include an ammo counter and weaponlight, were built by a special effects fabrication company with the help of Stembridge Gun Rentals (who provided the HK94s) to ensure that the guns would still properly function. While the rifle appears to be fitted with an M16-style magazine (presumably to hide the HK94's actual magazine), it also has the distinctive HK trigger guard. 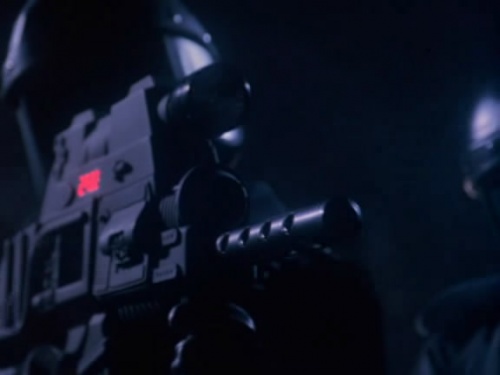 Close-up of the HK94. Note the vented extended barrel 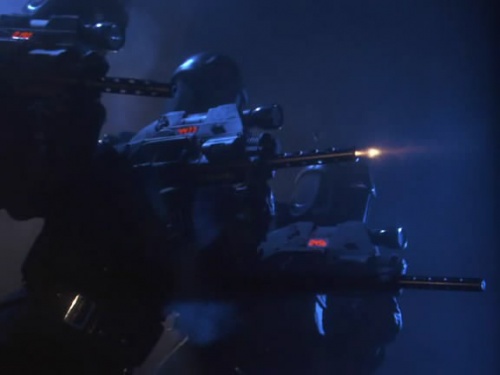 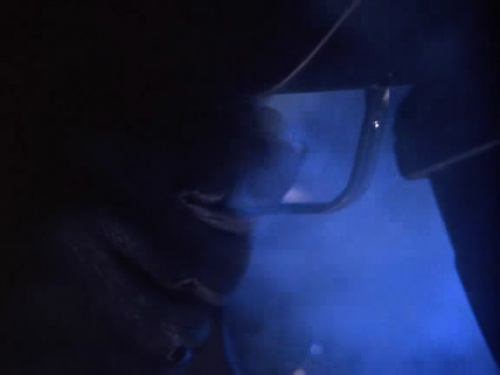 A close-up of the HK94's trigger. Here you can clearly see the distinctive HK triggerguard. 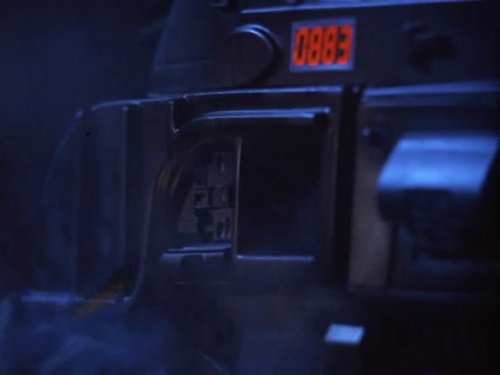 A close-up of the ejection port and ammo counter. 883+ rounds = Moar Dakka. 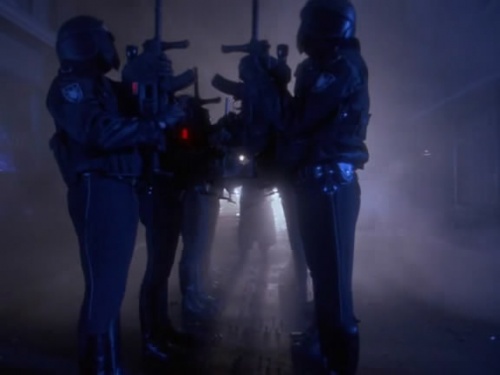 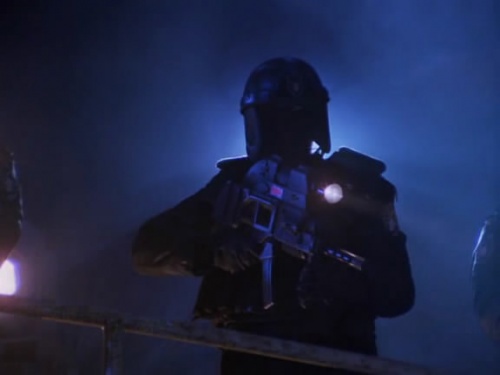 A henchman uses the light attached to his HK94 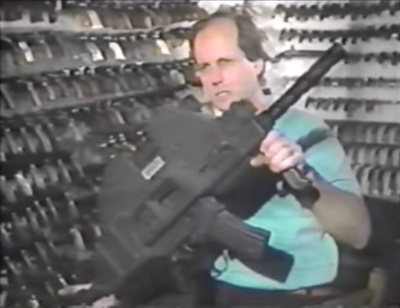 Two unknown revolvers are seen, both in during the "Smooth Criminal" sequence. One is pulled by a thug when Michael enters the speakeasy, and the other is used by Michael Jackson to shoot a thug. 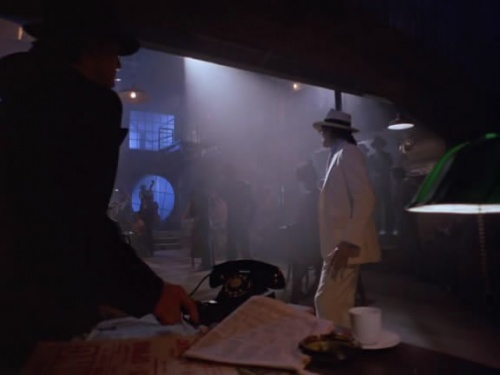 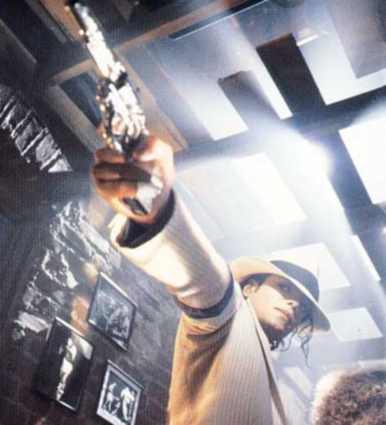 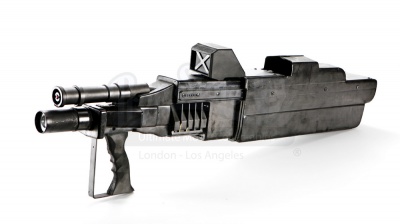 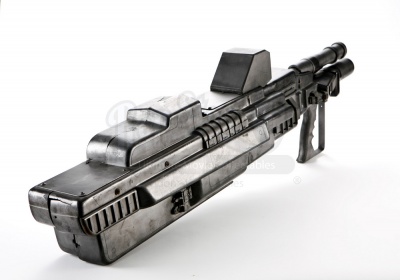 Opposite side view of the laser cannon from Moonwalker. Image from Prop Store of London. 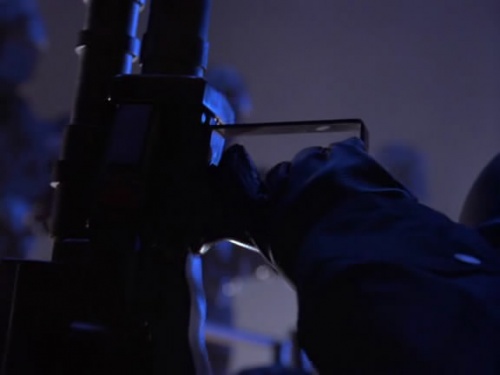 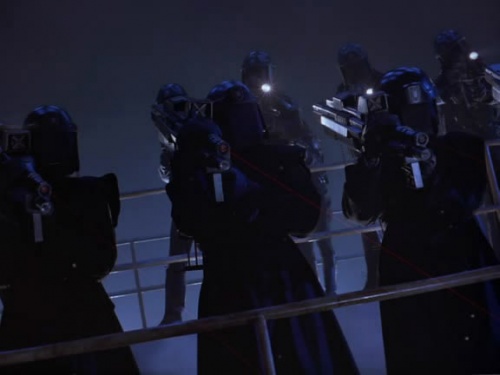 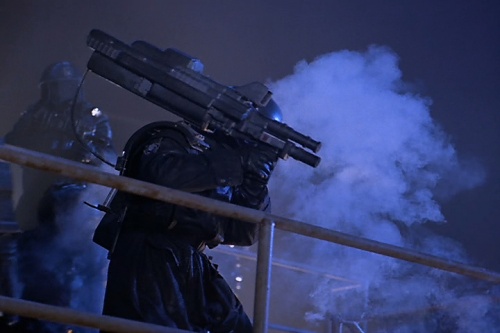 The mooks fire at Giant Robot Spaceship Michael Jackson. And no, it does not make sense in context.
Retrieved from "https://www.imfdb.org/index.php?title=Moonwalker&oldid=921678"
Categories: