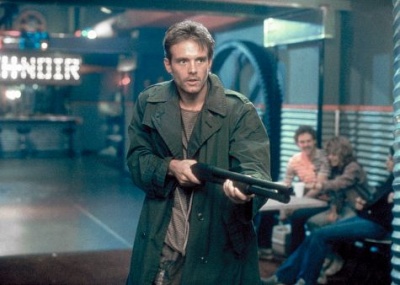 Michael Biehn wielding an Ithaca 37 shotgun as Kyle Reese in The Terminator. (Note Linda Hamilton joking around in the back.)

Michael Biehn as Bly holds a suppressed Beretta 92D in The Art of War. 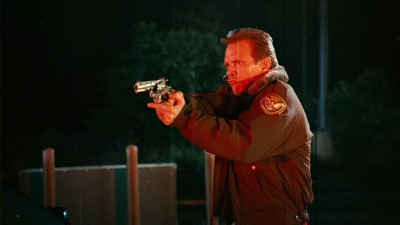 Michael Biehn is an American actor well known to film audiences for his genre action roles including The Terminator, which marked the first of four collaborations with director James Cameron, which included Aliens and The Abyss as well as Terminator 2 (although his scenes were cut from the theatrical edition of the film). He has also portrayed a Navy SEAL in three different films (The Abyss, Navy SEALs and The Rock), and voice acted for Far Cry 3: Blood Dragon as Rex Power Colt.