Martin Brest is an American director best known for helming such films as Beverly Hills Cop (1984) and Midnight Run, both of which he appeared in cameo roles.

Please visit discussion for the films directed by Martin Brest. 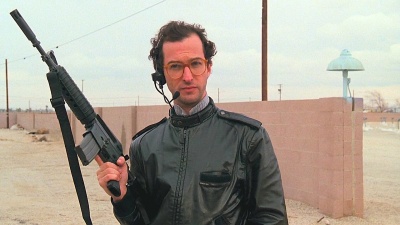 Martin Brest as a security guard holds an XM177 rifle in Spies Like Us.