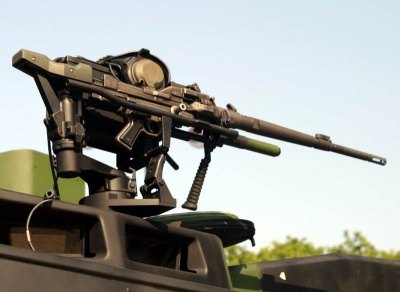 The MAS AA-52 is a general purpose machine gun designed by MAC (Manufacture d’Armes de Chatellerault) and manufactured by MAS (Manufacture d'Armes St. Etienne) as a universal machine gun for French military forces. Although largely superseded by the FN Minimi in infantry use, the AA-52 continues to be a common mounted weapon on vehicles.

The MAS AA-52 and variants can be seen in the following films, television series, video games, and anime used by the following actors: