Last Exploits of the Olsen Gang, The 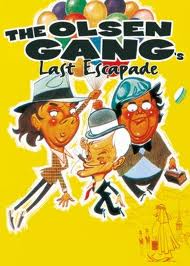 The Last Exploits of the Olsen Gang ((Olsen-bandens sidste bedrifter)) was a 1974 comedy movie and the sixth film in the Olsen Gang-series, and at the time of production it was to be the last one. After last robbery, Olsen Gang went to Majorca, but without any money, as Benny (Morten Grunwald) and Kjeld (Poul Bundgaard) accidentally threw loot to the garbage bin. Egon (Ove Sprogøe) breaks to the local restaurant to get back on track with the finances, unfortunately he's caught and whole gang returns to Denmark. After some time Egon is released; Kjeld and Benny are waiting for him but Egon abandons them: He has been hired by Stock Broker Holm Hansen (Bjørn Watt Boolsen) to open a safe in Switzerland belonging to his deceased associate..

The following guns were used in the film The Last Exploits of the Olsen Gang:

Danish police officers are seen with Madsen M50 submachine guns as they, under the direction of Inspector Holm (Ole Ernst), responds to Holm Handsen Jr.'s call about being robbed off 15 million dollars. 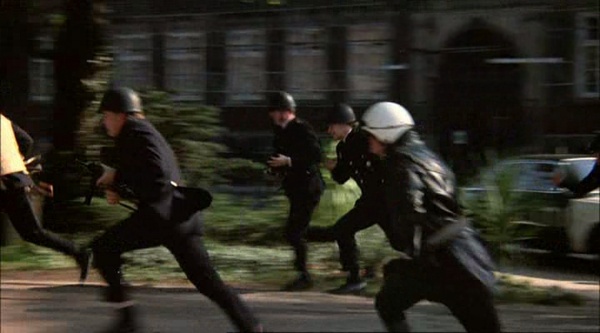 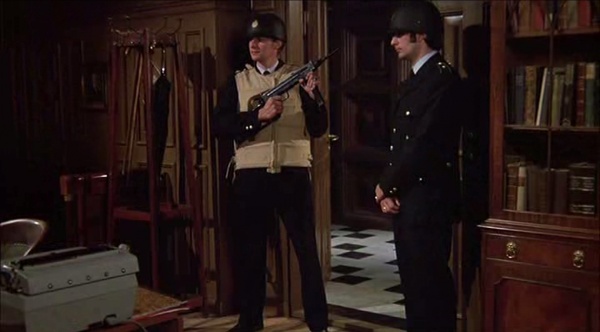 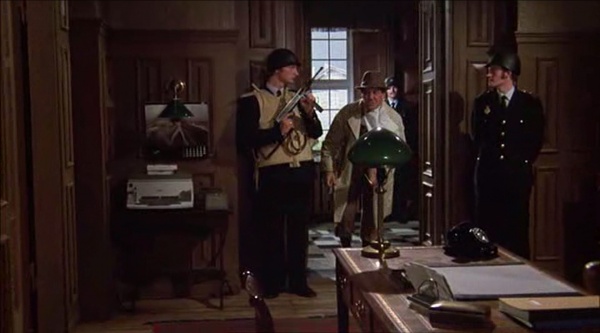