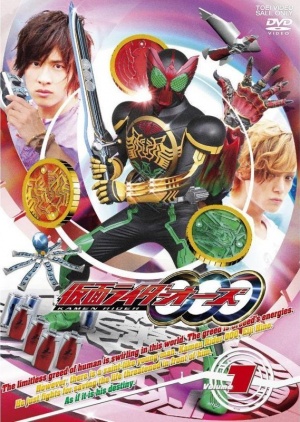 The following weapons were used in the television series Kamen Rider OOO:

In the 28th episode, "1000, the Kamen Riders, and the Birthday", both Ankh (Ryosuke Miura) and Goto (Asaya Kimijima) are armed with M203-like Tokyo Marui Tactical Launchers. while acting as bad guys in the supposed Kamen Rider OOO vs Shocker movie. A stuntman named In Sendo also uses the grenade launcher after switching the prop weapons Ankh and Goto are using to the actual weapons. This grenade launcher has a pistol grip and no retractable/fixed buttstock and picatinny railings attached. 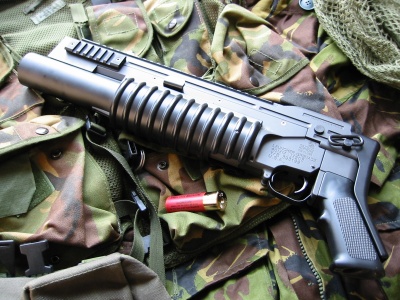 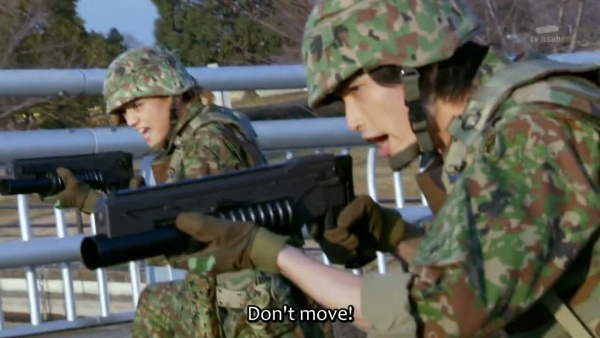 Ankh and Goto, as actors dressed up to look like JGSDF soldiers on a film set within the television episode, aiming "actual" M203s at OOO rather than the prop launchers they were expecting to use. The swap out of the live launchers to the props was unknown to this pair of actors in the plot of the episode. 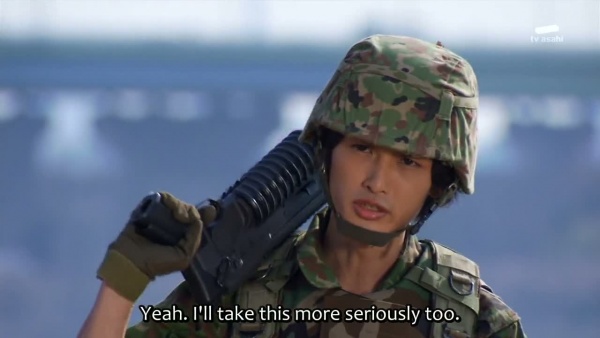 I can tell that the guy's dead serious with that weapon. Don't you? 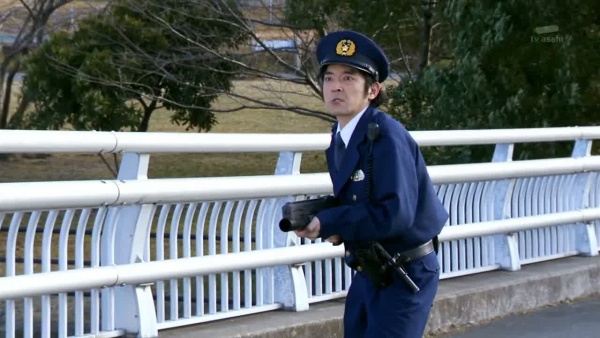 Sendo after firing a live 40mm grenade at OOO, taking the grenade launcher from a confused Goto.

Both Ankh and Goto have gray M26s attached to their vests. They were never used in the episode "1000, the Kamen Riders, and the Birthday". They are obviously the unpainted training grenades. 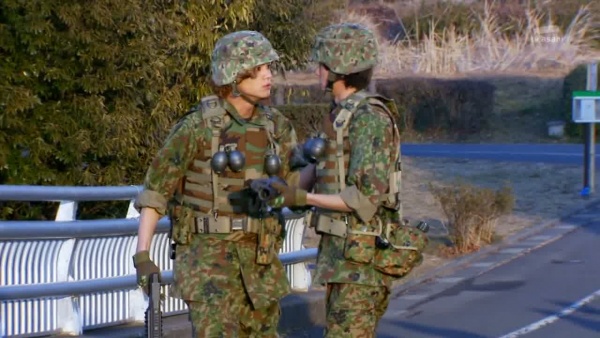 You can see the unpainted dummy M26s on their vests. 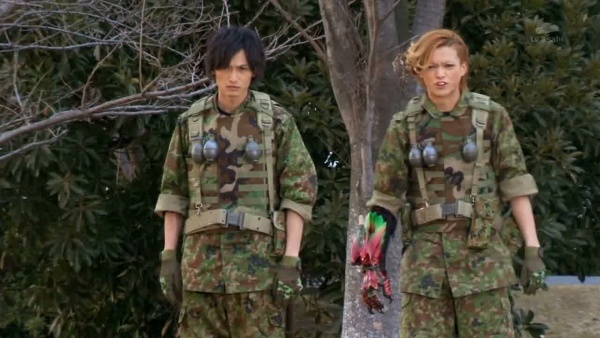 Another shot of Ankh and Goto with the M26s on their vests. 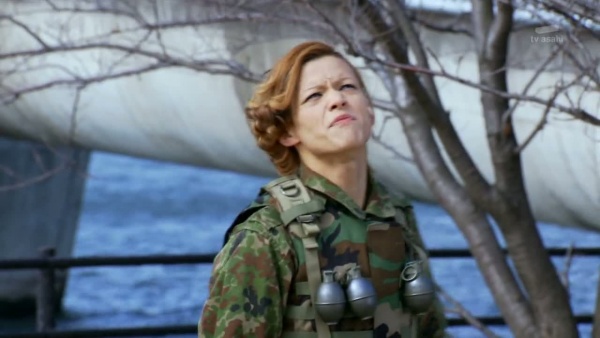 Closeup of the unpainted dummy M26s on Ankh's combat vest.

Used by the Ride Vendor unit in the first episode. 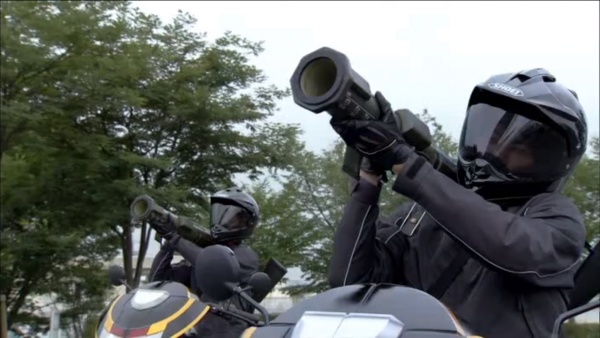 Members of the Ride Vendor unit with AT-4s

A Remington 870 with a vertical foregrip is used by Goto when he engages a Greeed monster. 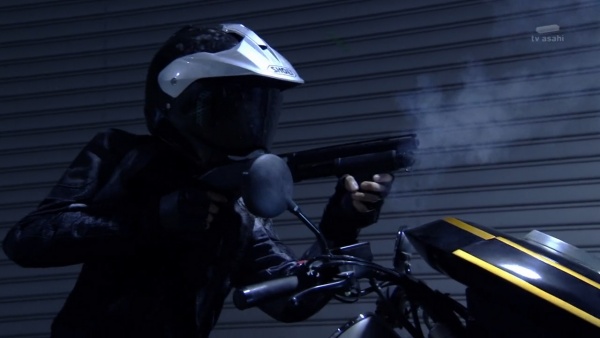 Goto fires his shotgun at the newly awakened Greeed in the first episode.

A Smith and Wesson Model 36 is used by Shingo Izumi (Ryosuke Miura) in the first episode. 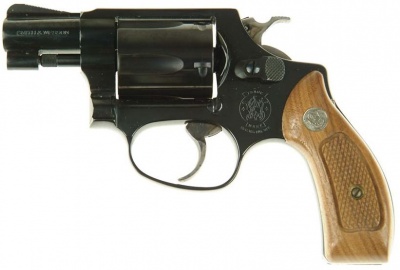 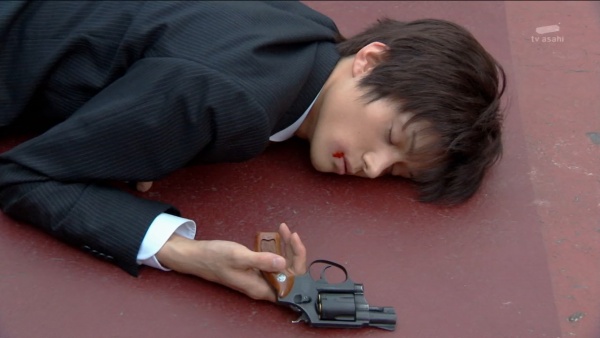