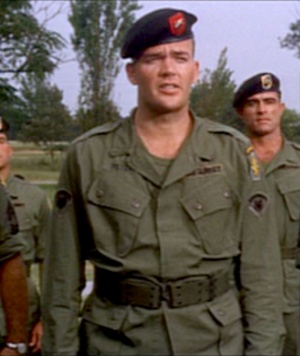 Jim Hutton was an American actor best known to television audiences for his role as Ellery Queen in the 1970's television mystery series of the same name. He also was the father of Academy Award-winning actor Timothy Hutton. He passed away due to liver cancer two days after his 45th birthday.