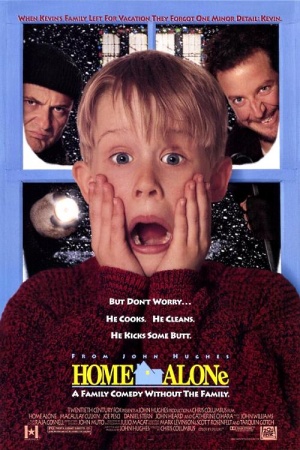 Home Alone is the 1990 Christmas comedy starring Macaulay Culkin as Kevin McCallister, a neglected 10-year old who finds himself alone in his house during the Christmas holiday when his large family leaves for an extended trip. Kevin then finds that he has to defend his house from a duo of thieves intent on robbing the neighborhood while everyone is away. The film was a huge success at the box office and would spawn 5 sequels, including 1992's Home Alone 2: Lost in New York, and 1997's Home Alone 3. The film was directed by Chris Columbus and was produced and written by John Hughes.

The following weapons were used in the film Home Alone:

Several Chicago police officers are seen carrying what appears to be a Smith & Wesson Model 10 revolver in their holsters. Harry Lyme (Joe Pesci) also carries a revolver when he's impersonating an officer. 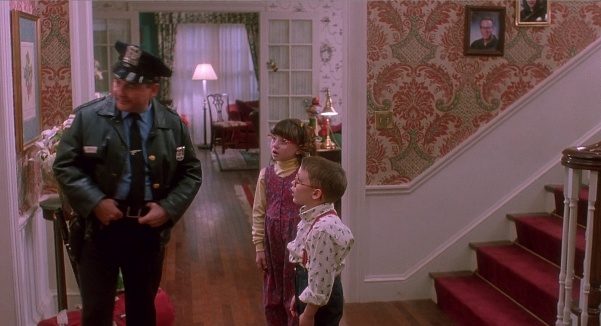 While impersonating a police officer, Harry Lyme (Joe Pesci) has the revolver holstered as he talks to Fuller McAllister (Kieran Culkin). 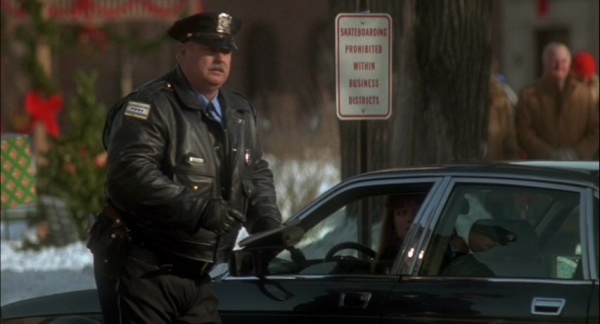 A Chicago PD officer has a holstered revolver when he reacts to Kevin shoplifting a toothbrush.

When Kevin McCallister (Macaulay Culkin) watches a gangster movie titled "Angels with Filthy Souls", he sees Johnny (Ralph Foody) use a Colt 1921AC Thompson loaded with a 50-round drum magazine to mow down another gangster nicknamed "Snakes". 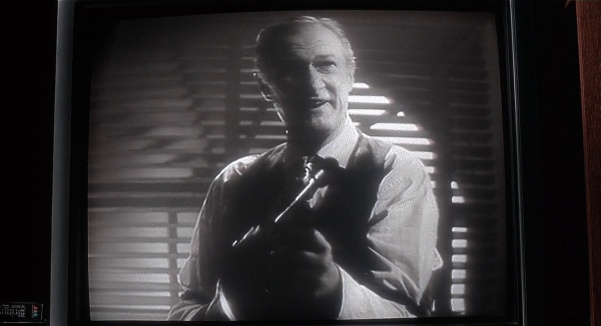 Johnny (Ralph Foody) uses a Colt 1921AC Thompson to mow down another gangster in "Angels with Filthy Souls".

Kevin is also seen using his brother Buzz's Pump Action BB Gun throughout the film. He first uses it to shoot at action figures arranged as part of a makeshift shooting gallery he sets up, then later on he turns it on the Wet Bandits when they're trying to break into his house. 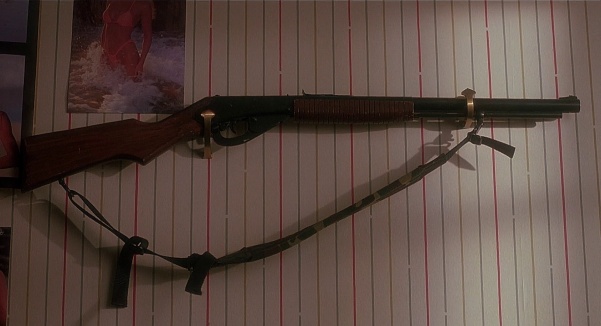 The BB gun is displayed in Buzz's room. 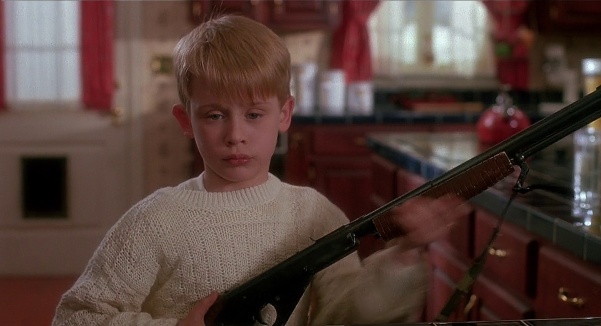 Kevin McCallister (Macaulay Culkin) gets ready to use the BB gun.
Retrieved from "https://www.imfdb.org/index.php?title=Home_Alone&oldid=1465133"
Categories: