The following weapons were used in the film Flypaper:


Flypaper is a 2011 crime comedy from the writers of The Hangover and directed by Rob Minkoff (The Forbidden Kingdom). The film depicts two different gangs who attempt to rob the same bank on the same day, but unbeknownst to both gangs, the whole scenario is part of a master plan conducted by Vicellous Drum, the FBI's most wanted bank robber who wanted to tie up a bunch of loose ends.

The following weapons were used in the film Flypaper:

Weinstein (John Ventimiglia) uses a Beretta 92FS to start a shootout in the bank. Kaitlin (Ashley Judd) later manages to get a hold of one.

A masked Weinstein (John Ventimiglia) with a Beretta 92FS.

Upon getting a 92FS, Kaitlin's (Ashley Judd) first reaction is to load it like a pro even racking the slide after loading the magazine (offscreen sadly).

When Kaitlin (Ashley Judd) firing, is seen in her hand a Beretta 92FS flashpaper gun. 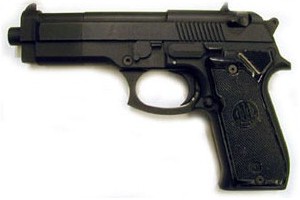 Gates (Matt Ryan) wields his 2nd Generation Glock 17 in combination with his M4A1.

Gates threatens Mitchell the computer guy with his Glock 17.

Gates counts off the rules for the hostages with his Glock in hand.

Tripp Kennedy (Patrick Dempsey) recounts all of the events so far including who could have shot Jack with the Glock still in his hand. Note how it is now a 3rd Generation model.

Darrien points out the the Glock is FBI issued. Note how it is now back to being a 2nd Generation model.

Darrien with his Heckler & Koch USP as he is amazed by the stupidity of Billy Ray "Peanut Butter" McCloud and Wyatt "Jelly" Jenkins.

Finally having enough of their stupidity, Darrien tells them to just "get the fuck out".

In a classic Mexican standoff, Wienstien aims his USP at Billy Ray while Billy aims his Python at Gates.

The Bank Manager with a USP.

A SIG-Sauer P226 with a silencer is found with the corpse of Mitchell Wolf (Curtis Armstrong). 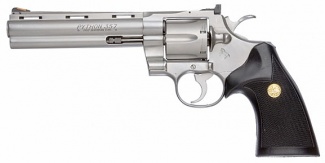 Billy Ray "Peanut Butter" McCloud (Tim Blake Nelson) in the background firing his Colt Python at the other robbers.

Wyatt "Jelly" Jenkins (Pruitt Taylor Vince) uses a stainless Dan Wesson Model 15 VH during the robbery. Tripp later manages to take it from him. Billy Ray mentions that it belonged to Wyatt's mother. After taking it back from Tripp, Gates uses it for the rest of his appearance. This is the first appearance of a PPC in film.

Wyatt draws his PPC on Tripp.

After sneaking it away from Wyatt, Tripp draws the Dan Wesson on Gates after he called Tripp a "c-word". 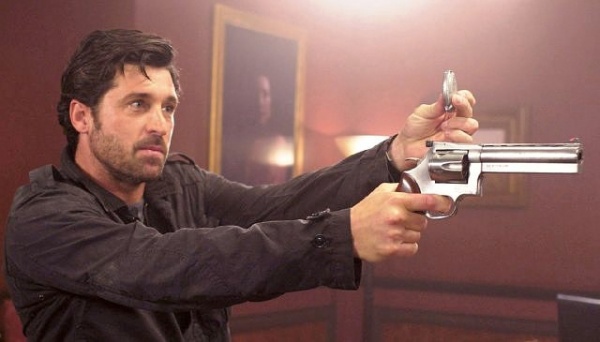 A promo photo of the same scene.

Gates about to kill Tripp with the PPC, but fails due to Tripp removing the firing pin earlier.

Billy Ray "Peanut Butter" McCloud (Tim Blake Nelson) uses a Remington 870 with a chrome finish an a pistol grip during the robbery. In Tripp's reenactment of the opening shootout it is seen with a sawed of barrel.

Billy Ray with his 870 in Tripp's reenactment. Note how it now has a sawed off barrel.

The group chamber their Colt M4A1s before the job.

Darrien (Mekhi Phifer) aims his M4A1 at the other robbers. 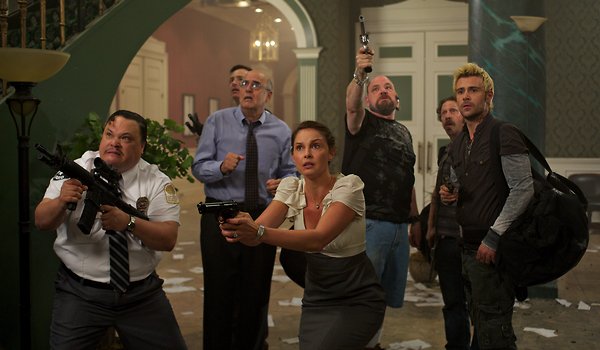 A promo photo showing Mr. Clean with his M4.