Dirty Dozen: Next Mission, The 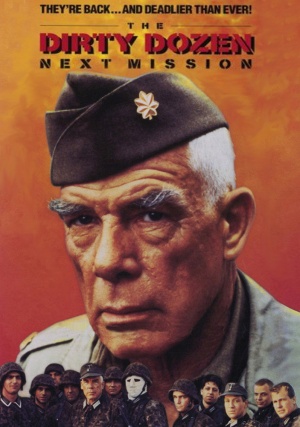 The Dirty Dozen: Next Mission is a 1985 made-for-television sequel to The Dirty Dozen (1967). Lee Marvin returns as Major John Reisman (despite the 18-year gap between films) as he leads another group of American misfits on a dangerous mission behind enemy lines. Also returning from the original film are Ernest Borgnine and Richard Jaeckel. The success of this film led to two more sequels: The Dirty Dozen: The Deadly Mission and The Dirty Dozen: The Fatal Mission.

The following weapons were used in the film The Dirty Dozen: The Next Mission:

The majority of the new Dozen carry the MP40 on their mission. A few of the German soldiers are seen with them as well, but they mostly use K98's. 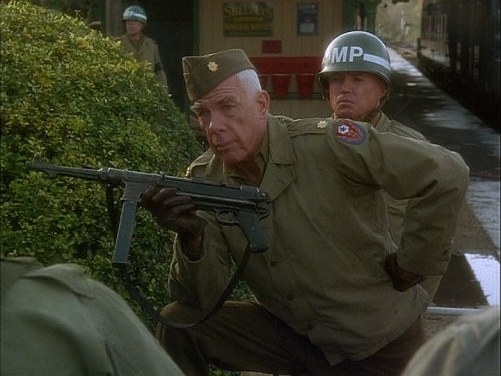 Major John Reisman (Lee Marvin) shows off an MP40 to his men. 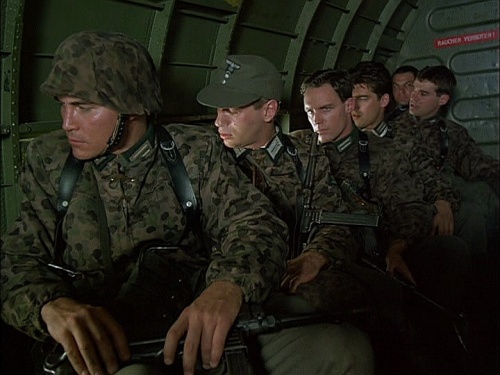 Members of the new Dozen including Sam Sixkiller (Sonny Landham) are armed with the MP40. 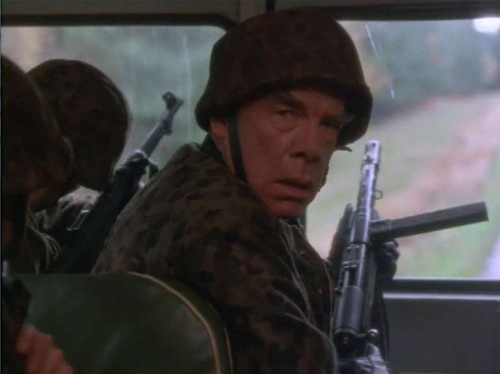 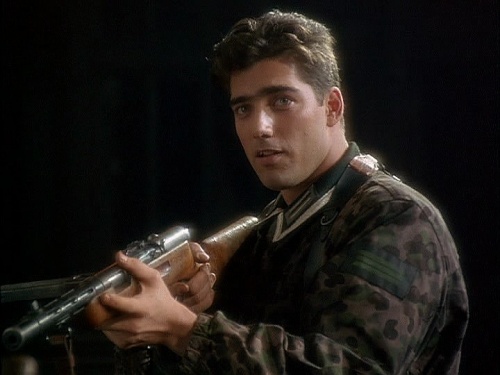 General Dietrich's aide, Colonel Schmidt (Crispin Denys) has a Luger P08 that he takes out in one scene. Dietrich says it is a "special model." 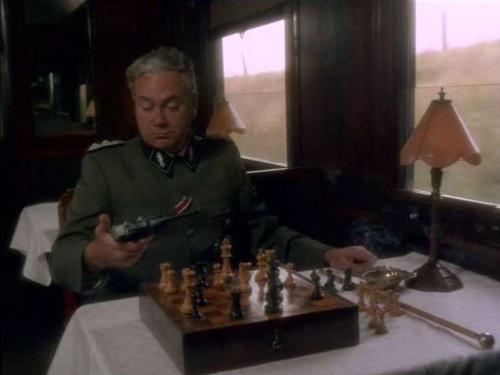 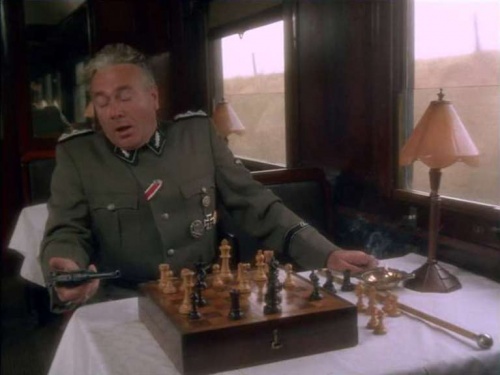 Another view of the Luger as Schmidt is shot. 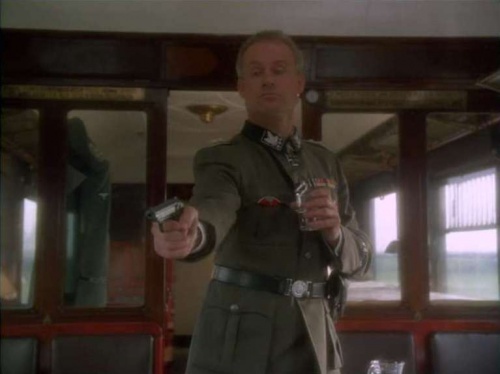 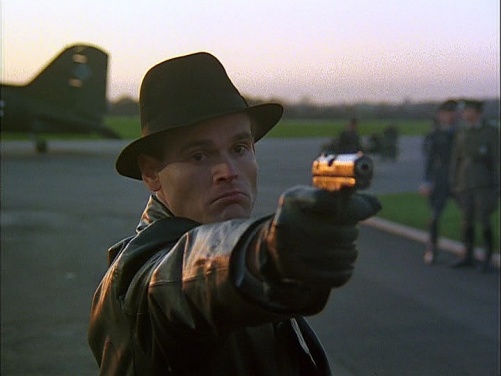 The agent aims his CZ 27. The Germans adopted this pistol after they took over Czechoslovakia. 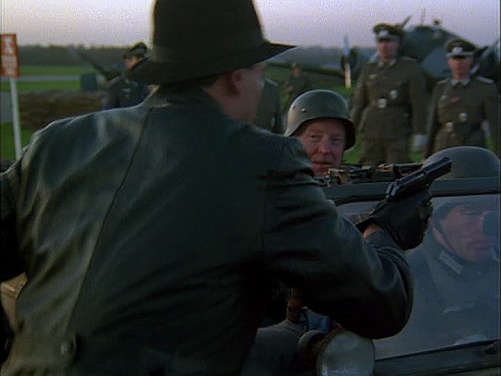 Another view of the CZ 27 as the agent climbs into a Kübelwagen.

Arlen Dregors (Ricco Ross) is given a Karabiner 98k with a large scope and a suppressor which he uses to assassinate General Dietrich. 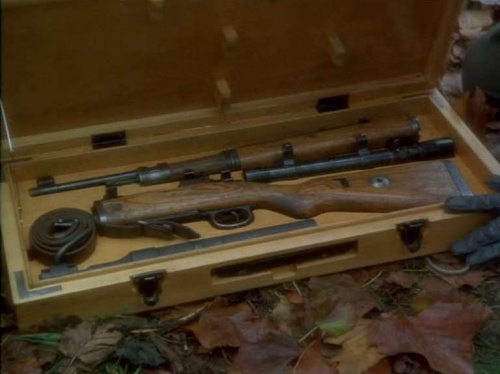 The unassembled rifle in its case. 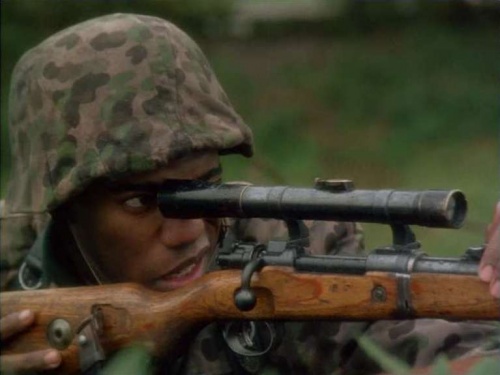 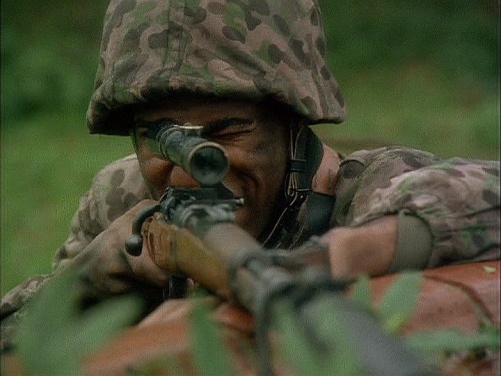 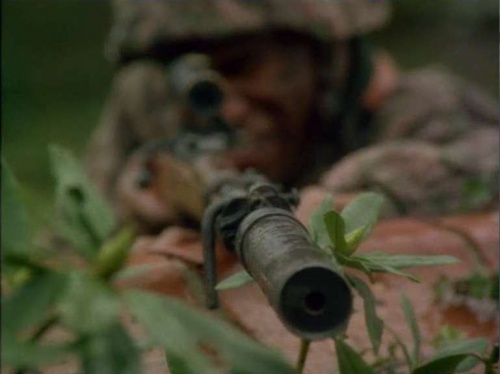 A view of the suppressor.

Instead of the stereotypical MP40, most of the German soldiers in this film are armed with Karabiner 98ks. 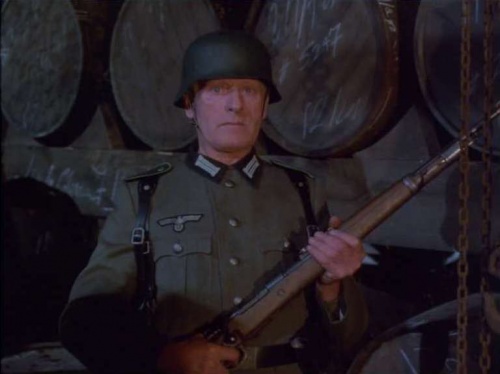 A German soldier with his rifle. 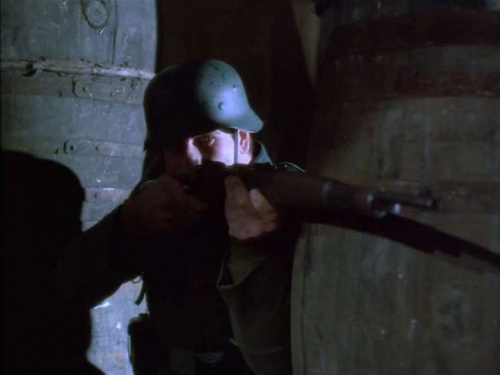 Another German takes aim with his rifle.

Some German troops are seen with Sturmgewehr 44s. 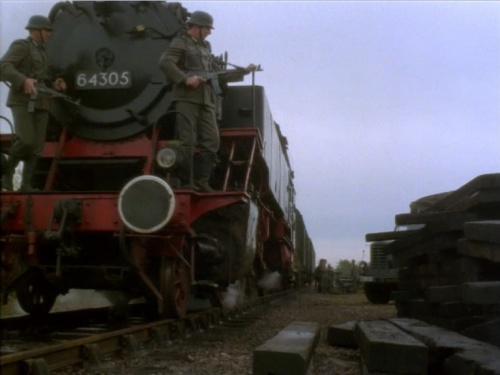 A MG34 is first seen sitting in the Kübelwagen the Gestapo agent commandeers. Later the soldier riding in the backseat wields the weapon. 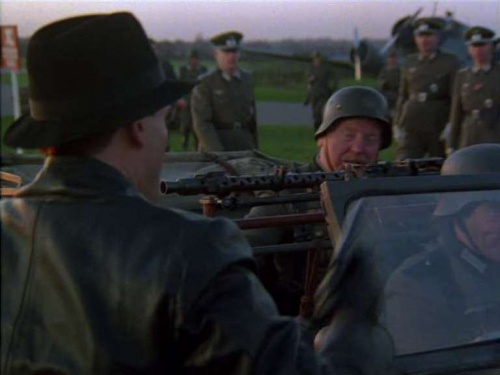 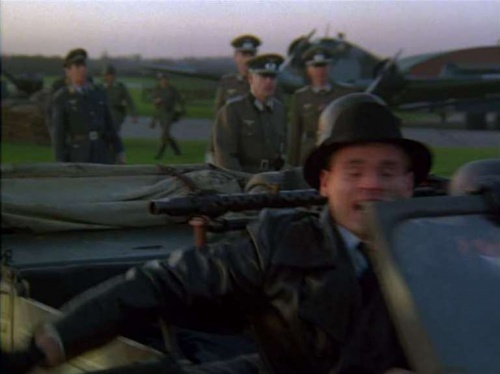 Another view of the MG34's barrel. 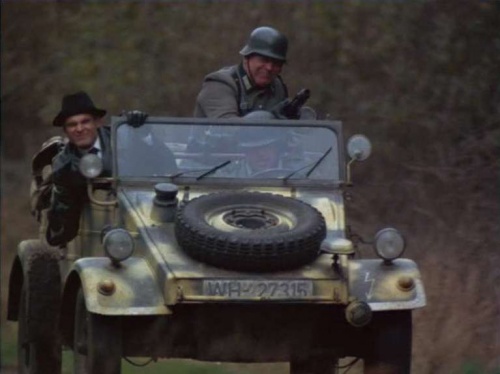 The German soldier in back wields the MG34. 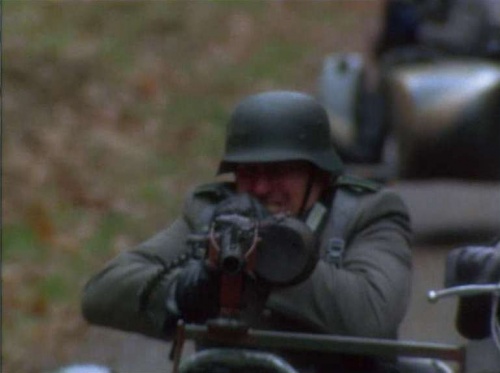 German soldier blasts away with his MG42. 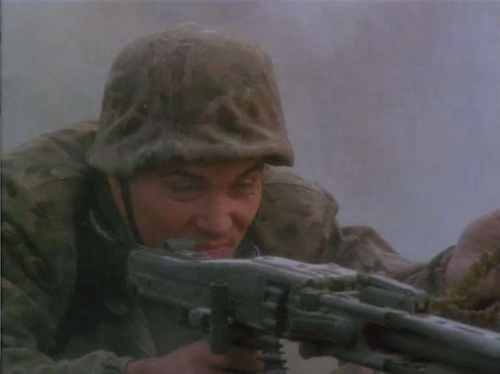 Sixkiller takes aim through the haze of battle. 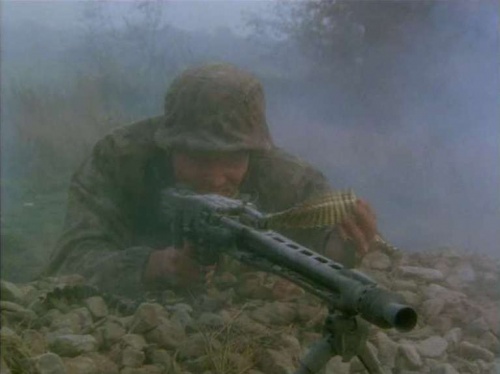 Sixkiller holds the Germans off so his friends can escape. 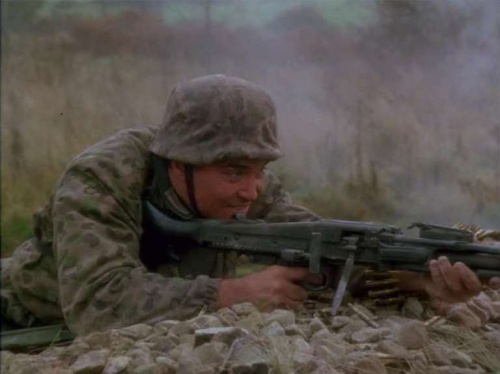 Sixkiller cuts through the enemy soldiers. Note wrong grip (the notch on the underside of the butt is for steadying the weapon with the off hand)

When the Dozen crashland in England after escaping in Hitler's plane, a farmer in the Home Guard thinks they're Germans and attempts to take them prisoner with his shotgun. Reisman takes the weapon from him. 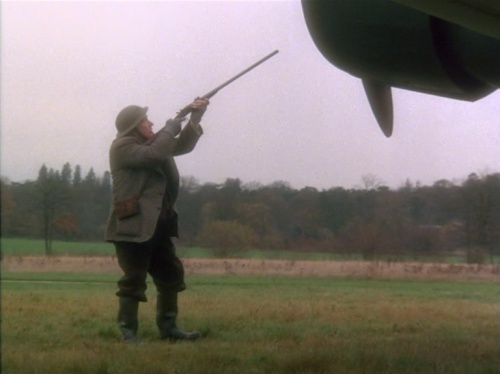 The farmer inspects the plane. 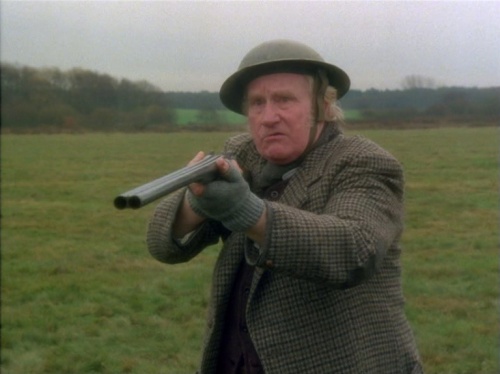 The farmer holds the Dozen at gunpoint, thinking they're Germans. 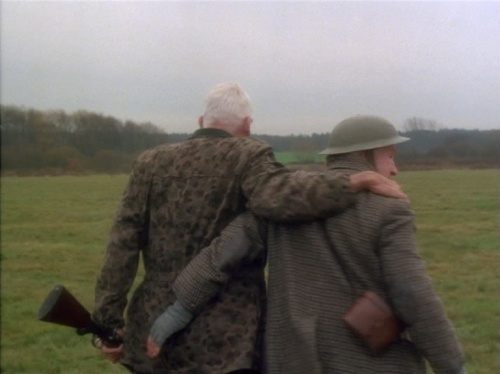 After convincing the Englishman that they are Americans, Reisman holds the shotgun as they head off to a pub.
Retrieved from "https://www.imfdb.org/index.php?title=Dirty_Dozen:_Next_Mission,_The&oldid=1085498"
Categories: