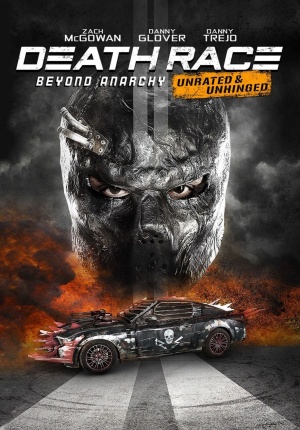 Death Race: Beyond Anarchy is the fourth installment in the Death Race remake film series that began with the 2008 feature film. In addition to the character of Frankenstein, the only other character to return from the series for the 2018 film is Lists, (Fred Koehler, who has portrayed the role in all four films). The cast includes Danny Glover, Zack McGowan, and Danny Trejo. The fourth film was directed by Don Michael Paul.

The following weapons were used in the film Death Race: Beyond Anarchy: 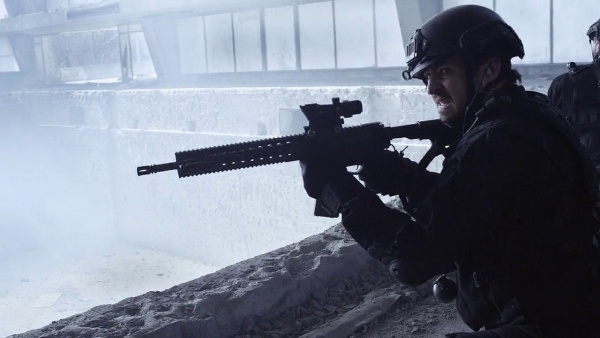 Several members of a Prison SWAT team are seen armed with the NEA-15.

The Heckler & Koch MP5K is used by members of a Prison SWAT team. 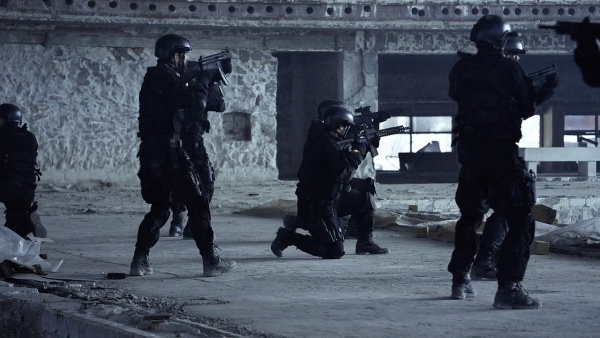 At the left, the Heckler & Koch MP5K is used by members of a Prison SWAT team.

The Vehicles of Death Race: Beyond Anarchy

The following lists the armaments carried by the vehicles of Death Race: Beyond Anarchy.

"Frankenstein", once again drives the 2006 Ford Mustang GT known as "The Monster".

"The Monster" is armed with the following: 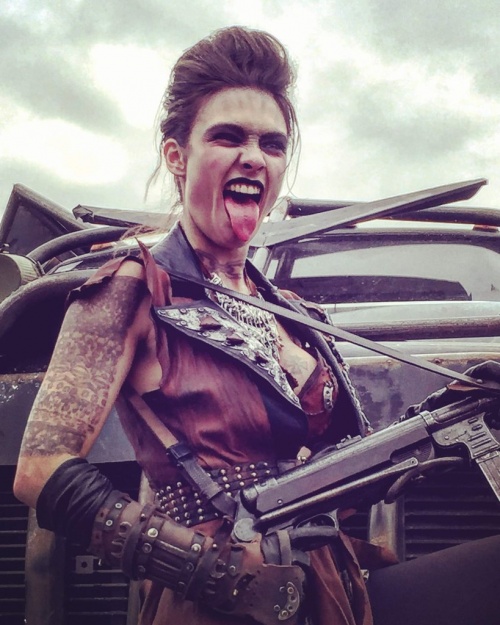 A promo shot of Nazi Girl with the MP40. 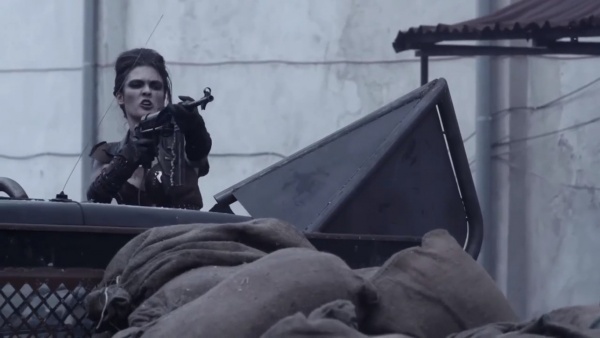 The main offensive armament are twin M134 miniguns hood-mounted on "The Monster". 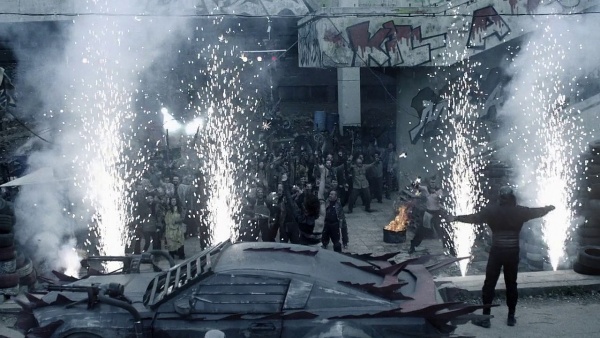