The following weapons were used in the film Comanche Territory: 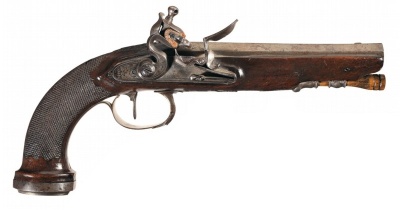 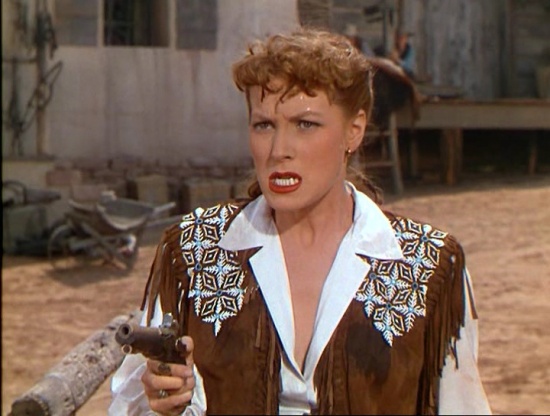 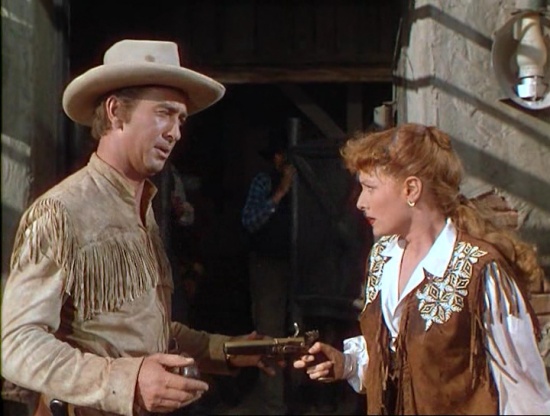 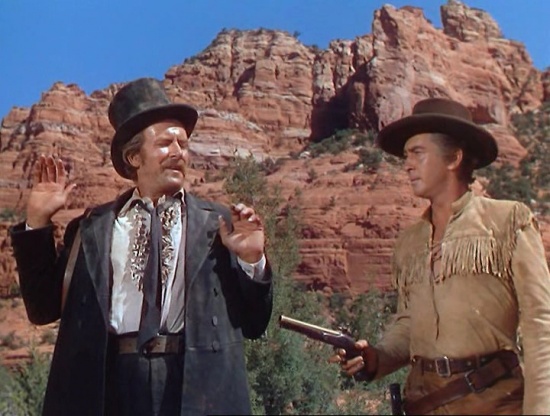 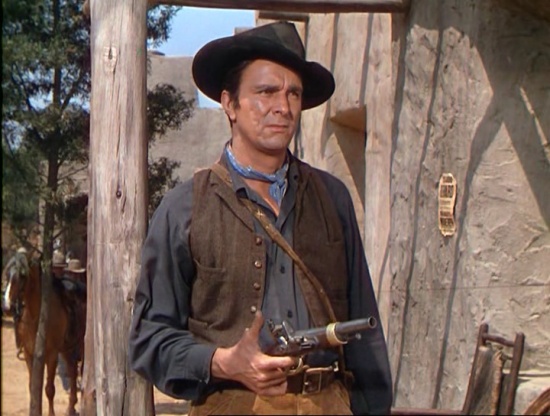 Stacey Howard (Charles Drake) is armed with a pair of Belgian E.I.C.s. 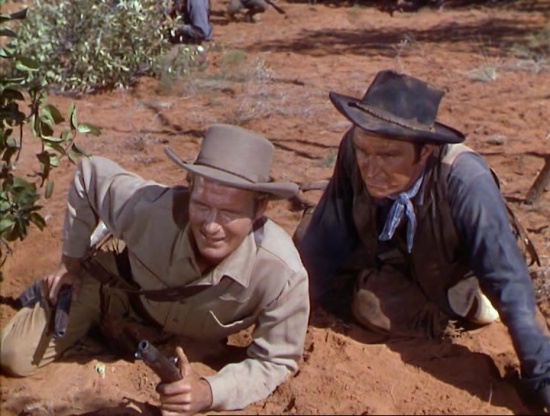 Some characters are seen with Charleville Muskets. 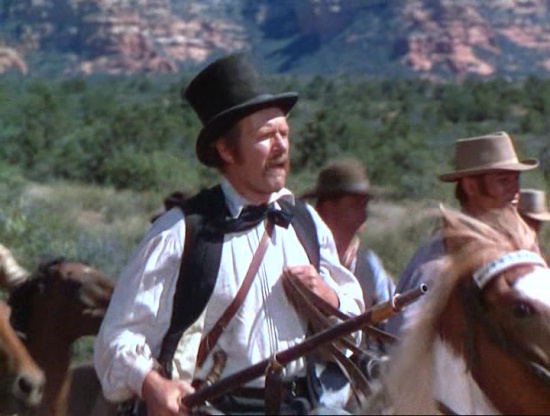 Dan'l Seeger (Will Geer) holds his musket in hand ... 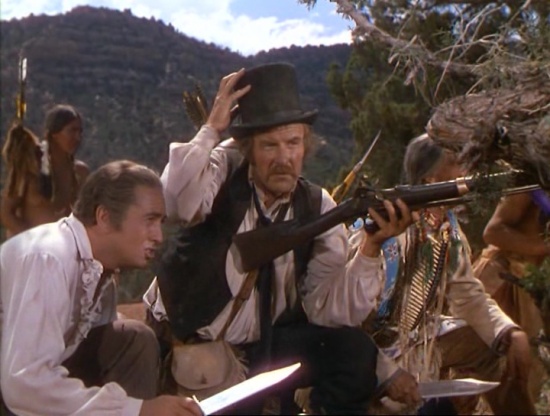 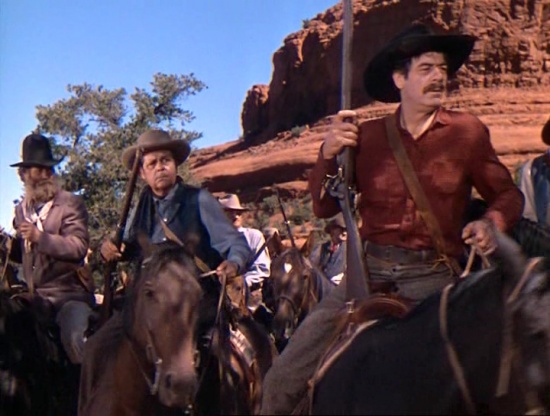 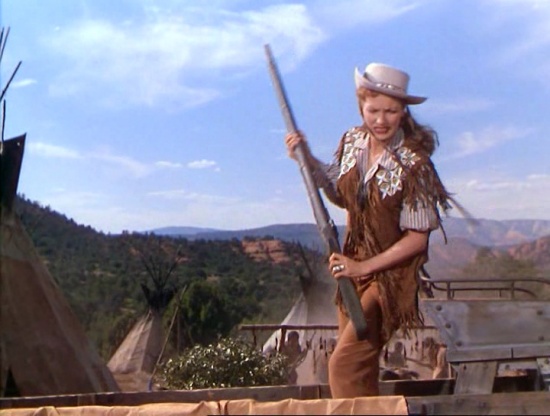 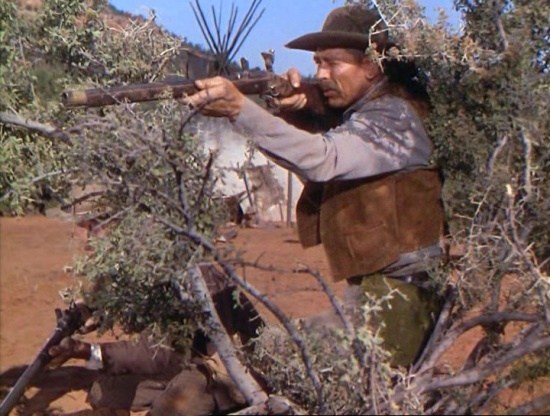