Chaplin is a 1992 British-American-French-Italian biographical film directed by Richard Attenborough. The script is based on the book Chaplin: His Life and Art by David Robinson and Charles Chaplin's 1964 autobiography. William Goldman (Butch Cassidy and the Sundance Kid, Marathon Man, All the President's Men, Misery) wrote the adaptation. The main role was played by Robert Downey Jr.. In the Vaudeville theaters of England, the young Charles Chaplin earned his first laurels as a comedian. When his childhood sweetheart fails, he goes to Hollywood, where he hopes to gain a foothold in the burgeoning film industry. In fact, he hurries from triumph to triumph, but the envious people do not sleep.

The following weapons were used in the film Chaplin: 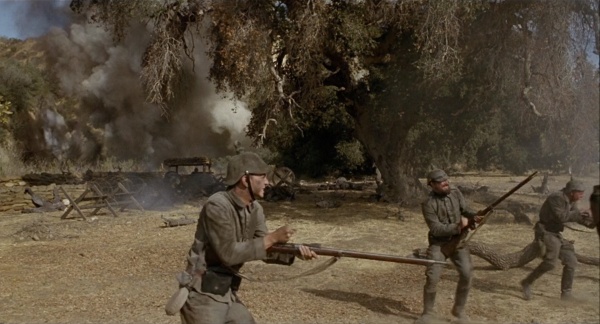 Retreating soldiers working the bolt-handles of their rifles. 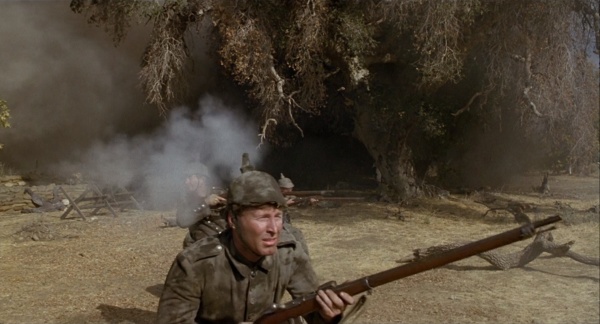 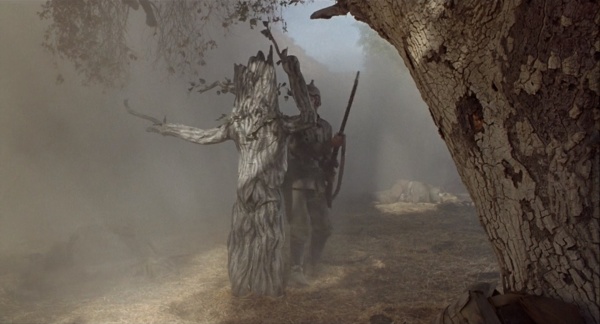 Chaplin encounters a German soldier during the famous tree scene.

Some American soldiers are seen with Springfield M1903 Mk 1 rifles which is correct for WW1 but incorrect for the movie in which they were armed with Krag-Jørgensen M1896 rifles. 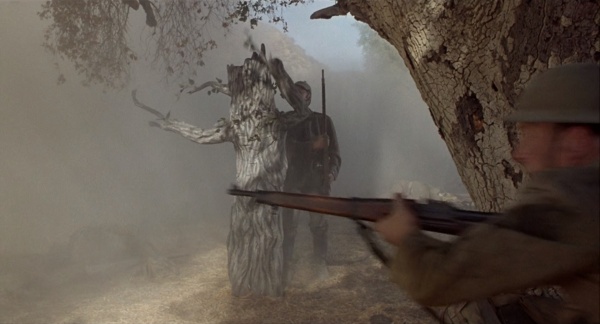 A Doughboy charges with his Springfield. 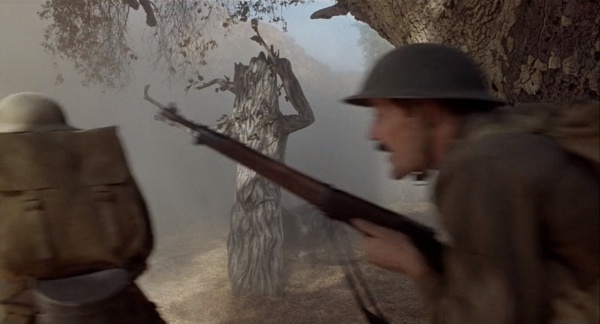 Another soldier advancing with his rifle.

An actor on the set of The Goldrush is seen with a 12 Gauge Double Barreled Shotgun. 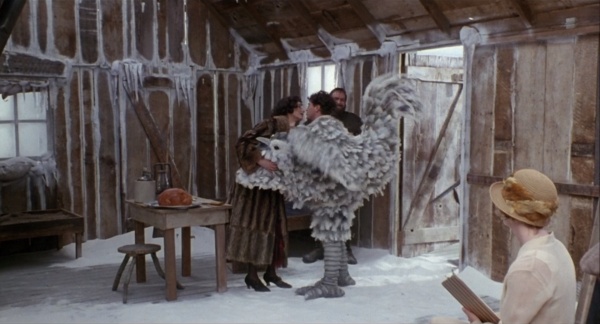 The actor enters the hut on the right. 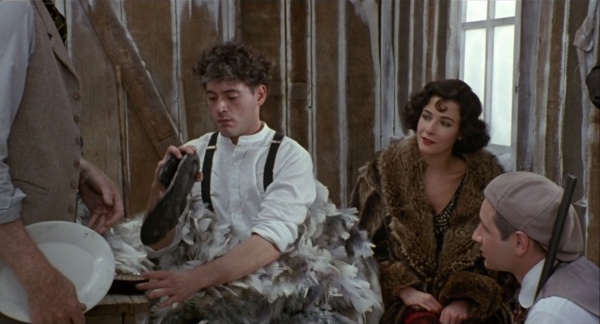 Also on the right, a closer view of the barrel.
Retrieved from "https://www.imfdb.org/index.php?title=Chaplin&oldid=1443731"
Categories: