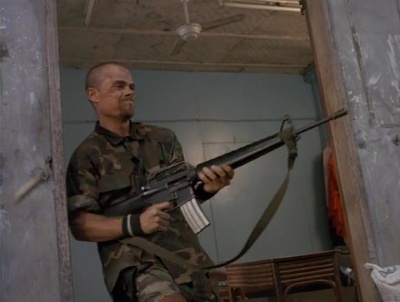 Channon Roe is an American actor who has an extensive resume in American television. He garnered a bit of a female following for his portrayal of the hip young vampire in the series Kindred: The Embraced. He has appeared with firearms in numerous television episodes, including the series: The X-Files, The Pretender, CSI: Miami, Fastlane, Without a Trace, Deadwood, CSI: Crime Scene Investigation, 24, Prison Break, NCIS and Dark Blue.