Case Closed: The Last Wizard of the Century

Case Closed: The Last Wizard Of The Century or also known as Detective Conan: The Last Wizard of the Century (名探偵コナン 世紀末の魔術師 Meitantei Konan: Seikimatsu no Majutsushi) is the third Case Closed movie. Conan's rival Master thief Kaitô Kid announces his next coup in a letter to the police. At an exhibition in Osaka, he wants to steal an expensive art object that once belonged to Tsar Nicholas II. To prevent this, the organizer, asks private investigator Kogoro for help. But in spite of strict security precautions, the skillful thief succeeds in escaping the precious treasure. During his flight, Kaitô Kid is shot by a stranger and disappears without a trace. Shortly thereafter, more people are killed by a shot in the right eye. The police have suspected a killer under the cover name "Scorpio". The small master detective Conan quickly realizes that this case is more than a simple art screw.

The following weapons were used in the anime film Case Closed: The Last Wizard of the Century:

The killer uses a customized Walther PP with a scope, rail, and laser sights as his personal firearm which is incorrectly identified as a Walther PPK/S by Conan. The small size of the pistol is from the PPK/S, but the barrel is made of a PP. 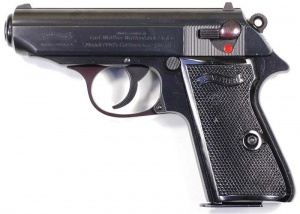 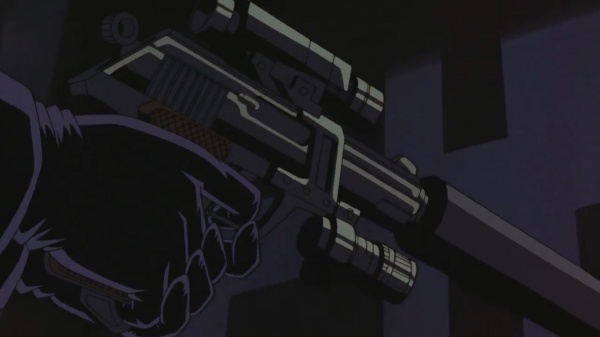 Full view of Scorpio's Walther while taking aim at the flying Kaitô Kid. 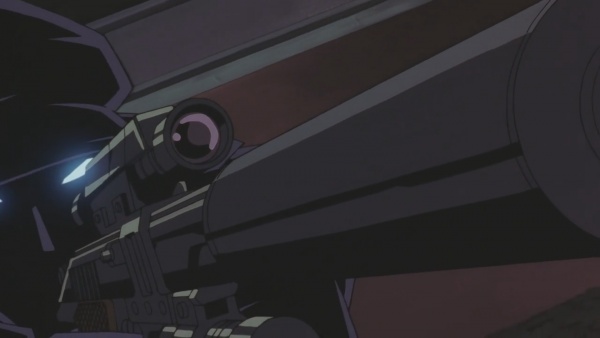 Closer view of the scope and silencer before shooting. 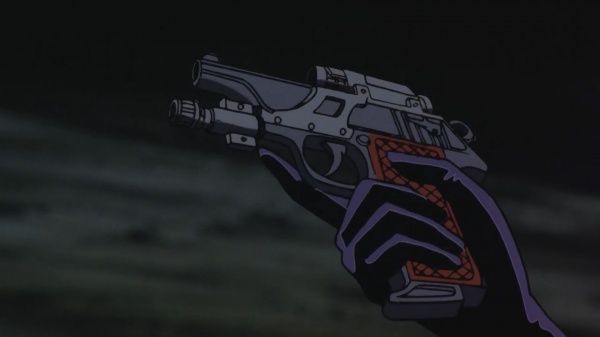 Scorpio attaches the suppressor as he gets unwanted company in the catacombs. 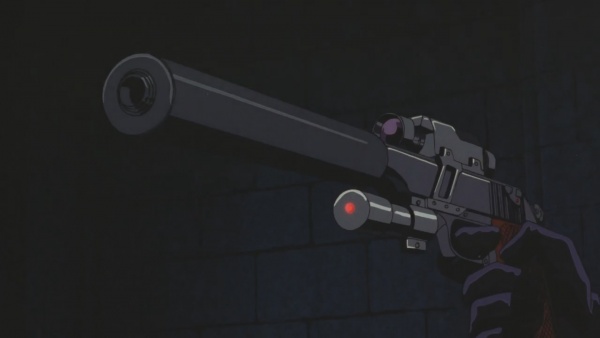 Left view of the Walther as he aims at Kogoro for bad talk about Rasputin. 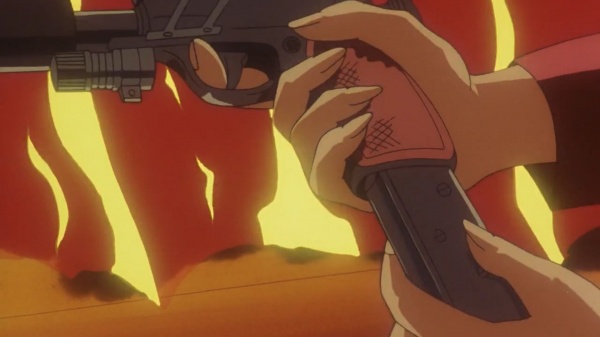 Scorpio hastily removing the magazine during the duel with Conan.

As Conan describes Scorpio's pistol a correct Walther PPK/S is seen. Maybe his knowledge of the PPK/S is from Ep. 128 - 'The Black Organization: One Billion Yen Robbery Case' of the series where Akemi Miyano used this pistol during the encounter with Gin and Vodka. 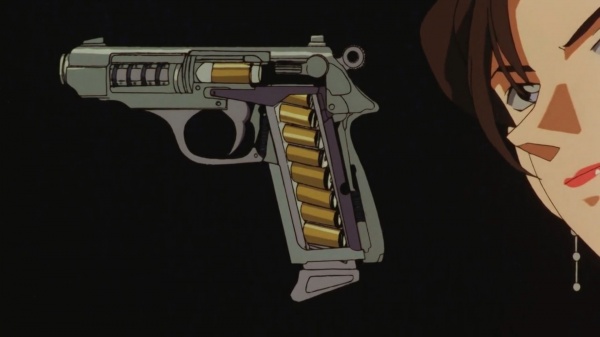 Conan:"You're using a Walther PPK/S. I know this weapon well. The magazine contains exactly 8 bullets."
Scorpio:"If you already have one bullet in the chamber and you reload a full magazine. You have a total of 9 bullets available."

As Shoichi Inui describes the murder of Rasputin a probable Nagant M1895 is seen. The shape of the grip looks very similar to a Nagant revolver. 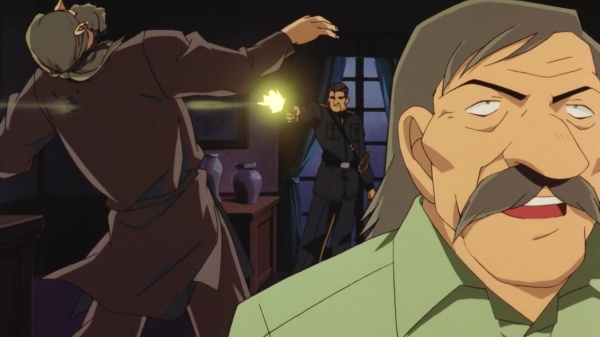 Kaitô Kid uses his Trump Gun through the movie. 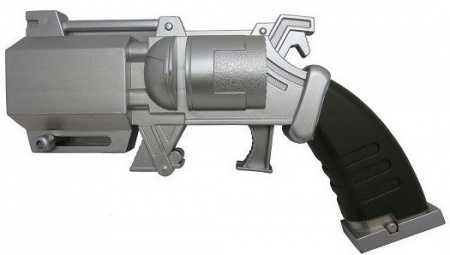 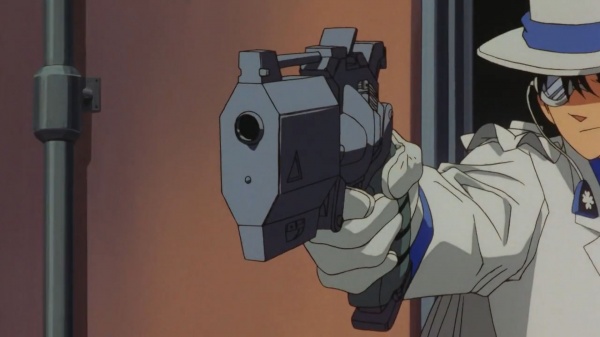 Kaitô Kid aims his Trump Gun at Conan and fires a stun card.

The killer places a Mills Bomb in the catacombs while he is being persecuted by Conan. 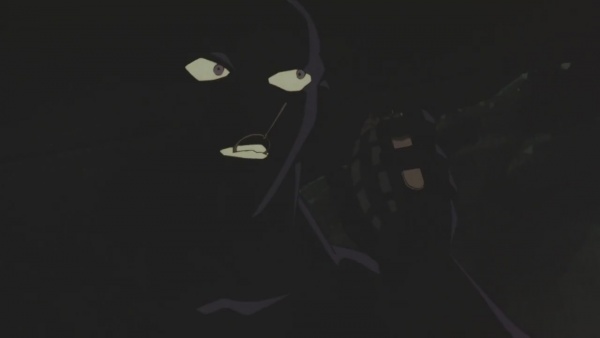 Scorpio removes the pin with his teeths. 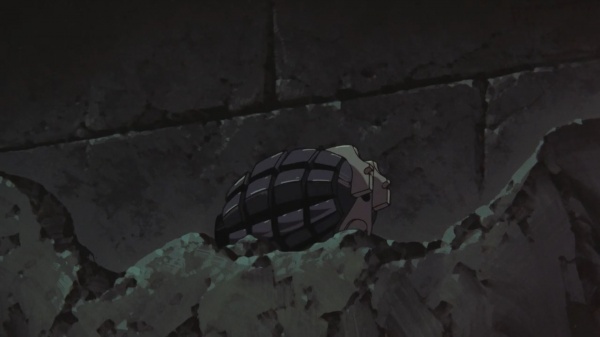 The Mills bomb lies on the wall placed by him.