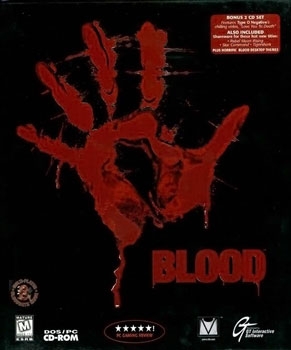 Blood is a horror-themed first person shooter available for the DOS platform. The story takes place in the 20th century, in which you play as Caleb, a resurrected cowboy. It was developed by Monolith Productions (creators of F.E.A.R., Project Origin and Condemned: Criminal Origins) and published by GT Interactive.

The following weapons appear in the video game Blood:

A flare pistol is used as the handgun in the game. Its primary fire fires a burning charge, and the secondary fire fires a large explosive shot. According to Nick Newhard, the flare pistol was fabricated for the game, but based on several real old flare pistols. Most of all, it resembles the Webley No. 1 Mark 1 flare gun. 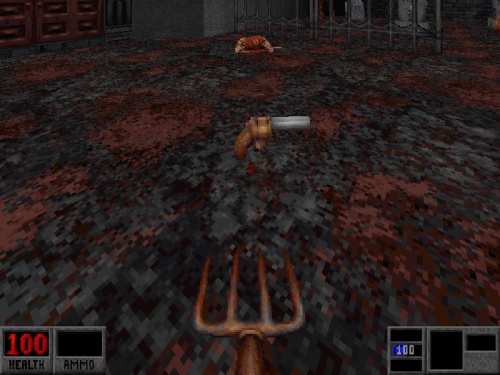 Voxel pick-up of the Flare Gun as it appears on the first level. 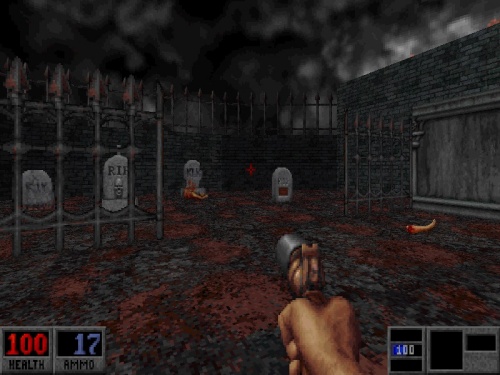 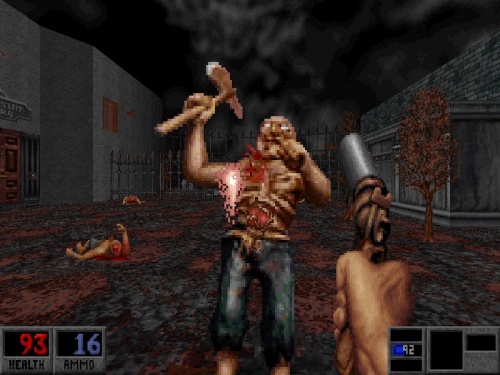 ...and shoots at one unfriendly zombie. Strangely, unlike the sawed-off shotgun, the signal pistol in the game doesn't have to reload, only requiring the hammer to be cocked.

An M1921AC Thompson submachine gun appears in the Circus chapter of the game, and is used by certain enemies. It is a powerful weapon, but eats through ammo pretty fast. The in-game "Tommy Gun" based on a 3D model that eventually appears in the final cutscene, showing the SMG has the Cutts Compensator and 100-round drum magazine. 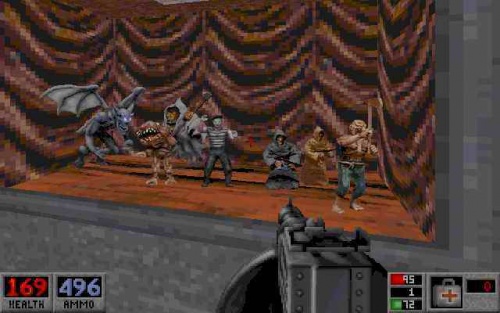 The M1921AC in the game pointed at a hellish freak-show. The weapon's secondary fire would allow the weapon to fire a barrage of fire horizontally across the screen, which would allow the player to hit most of these targets.

A sawed-off double barrel shotgun, heavily resembling the Rossi Overland, appears in the game. It normally fires one barrel at a time, but its alt fire can fire both barrels. Like the Glock 17 in Duke Nukem 3D and the Uzi in Shadow Warrior, it requires reloading. This is the only weapon in the game that has a reload animation, and besides is very accurate; Caleb will push the latch to open the barrels, and cocks the hammers at the end of reloading (although it is difficult to see in the game itself because of how fast the reload is). 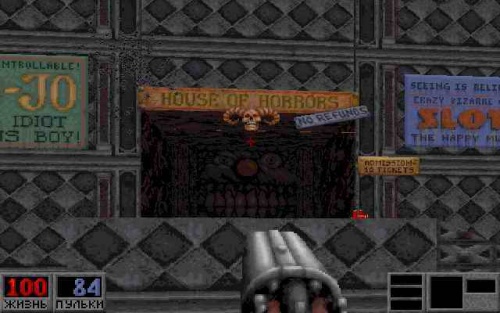 Caleb aims the Rossi Overland shotgun at the entrance of the House of Horrors. 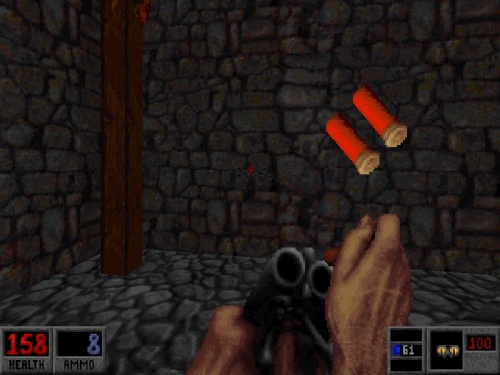 The main explosive weapon in the game are bundles of dynamite. It has two uses: it can either be thrown, which will make it explode on impact, or it can be placed on the ground, which makes it act like a trip mine.